No Sophomore Slump in Site For Isles Superstar 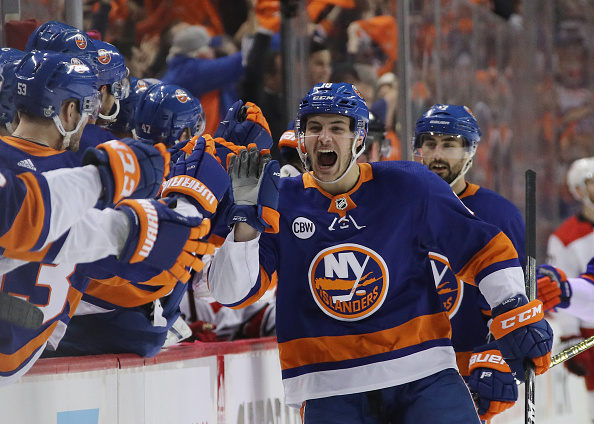 We have all heard of the sophomore slump in sports. Last season, the Tavares-less Islanders found a way to overcome lackluster expectations and finish the year second in the Metro, making it to the second round of the Stanley Cup Playoffs. While not one player can be given the credit, rookie Matthew Barzal had a strong first season, which ended with him receiving the Calder Memorial Trophy. He finished the year with 18 goals and 44 assists, and many assumed that his 2019-20 campaign would not be as strong.

But early on in the year, Barzal is putting these theories to rest. In 11 games, the 22-year old center has buried five goals, with 4 assists, and has accumulated a plus/minus of +7. He also has been able to stay out of the box. The Islanders right now are riding a seven game winning streak, in which Barzal has elevated his play, with nine points in that span.

Head coach Barry Trotz has been begging the passing wizard to shoot the puck more. And this year, he is doing just that. With his speed and mental quickness, his decisions are throwing his opposition in every direction, and it is becoming harder and harder to anticipate his decisions. One-timers were not something that Barzal had in his repertoire, yet we have seen it come to the forefront, as he has scored a few of these this season.

And a big part of a game that has been overlooked is his face off ability. On the year, he has won 41.74% of them, a few ticks higher than last year (41.55%). Winning or losing a faceoff can directly dictate the outcome of a game and is a stat that cannot be overlooked in today’s NHL.

Barzal is one of those players that also brings his creative touch to each game, with jaw dropping hands and skating ability. But like mentioned above, his decision making this year is something that catapults him over the top.

This goal last Saturday showcases his raw speed, and his decision to quickly toe-drag the puck and stuff it five hole, against a strong netminder.

And even with his new skill being harnessed, his passing ability is unmatched.

With the Islanders sitting near the top of the division early in this season, Barzal’s early success will need to continue if the team hopes to shatter negative outsider expectations.