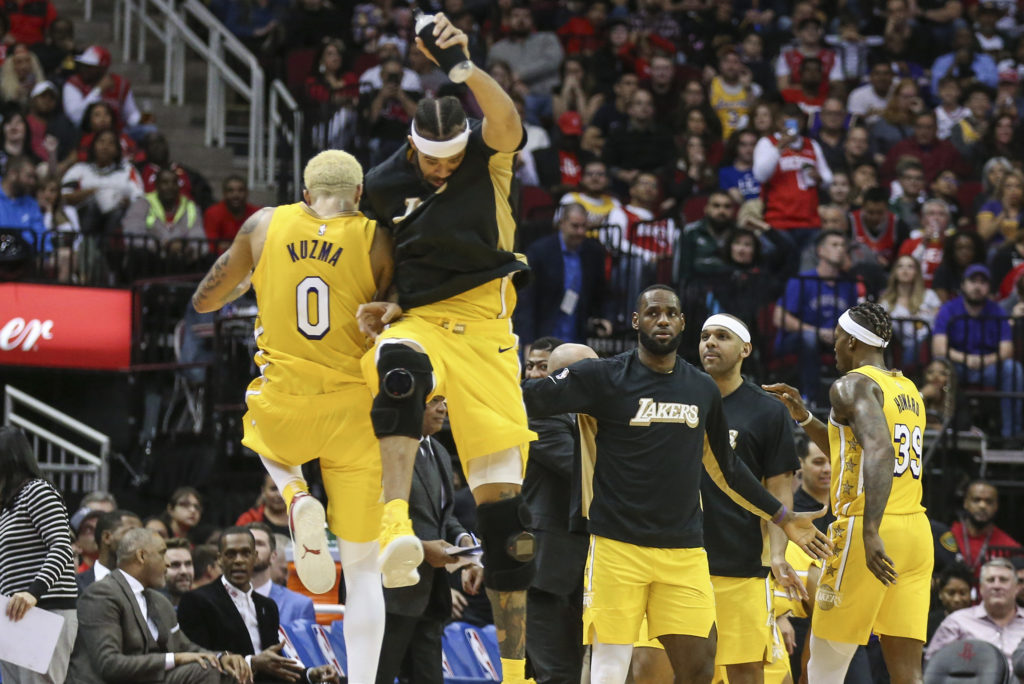 The Lakers looked to the supporting cast in Fridays nights game with many key players resting. The dynamic duo of LeBron James and Anthony Davis sat out in the exhibition, as well as Kentavious Caldwell-Pope, Markieff Morris, and Marc Gasol.

Just as any team when they learn to play with each other, the Lakers saw a few mistakes. However, these were mistakes that are fixable once the team learns each others tendencies.

Frank Vogel started three of the new acquisitions from this offseason in Dennis Schröder, Wesley Matthews, and Montrezl Harrell. Throughout the game, these players were vocal on the court and showcased their skills to Lakers fans.

Schröder’s speed was quite evident in Friday’s game. Each time the Lakers collected a rebound, Dennis pushed the ball with pace searching for early score opportunities. Schröder showed why he is a problem in the pick and roll multiple times. When he had a big switched on to him, he’d either blow pass them for a lay up or let it fire from three. If he can produce at his pace of last season, the Lakers are in for another deep playoff run.

Montrezl Harrell had a chip on his shoulder, going up against his former team. Heading into this game, Harrell questioned if the Clippers really valued him during his tenure. Not needing much to motivate him, this was another opportunity to prove doubters wrong. Harrell was a bully in the post and painted area. In each post up possession, Harrell switched up his attacking by either going with a power or finesse move throwing defenders off.

“I thought both of them showed positive bursts tonight,” Vogel said. “Both scored the ball showing their speed and physicality. Both of them got off to strong starts for us.”

TALEN HORTON-TUCKER CAN PLAY! Laker fans saw throughout the bubble what THT can bring to the table. The second year guard out of Iowa State had himself a night putting a stat line of 19 points, nine rebounds, four assist and three steals. During the bubble Horton-Tucker showed his potential during the Houston Rockets series, coming off the bench and producing right away both on the offensive and defensive end. The 20 year-old will surely find himself in the rotation if he keeps this up.

“I thought he looked really good,” Vogel said, “it’s difficult to have such a short training camp and play big minutes. We want to put the ball in his hands in these pick and rolls a lot, but he can attack the open floor, he can come off pin downs, and he’s a great second side attacker.”

The Lakers will face-off against the Clippers again this Sunday in their final match up for the preseason. Both teams will open up the season against each other on Dec. 22nd.

Alex Caruso may be out Sunday after suffering a sore hip flexor. The injury occurred after Caruso slipped in the first half. Along with Caruso, do not expect James or Davis to suit up either.