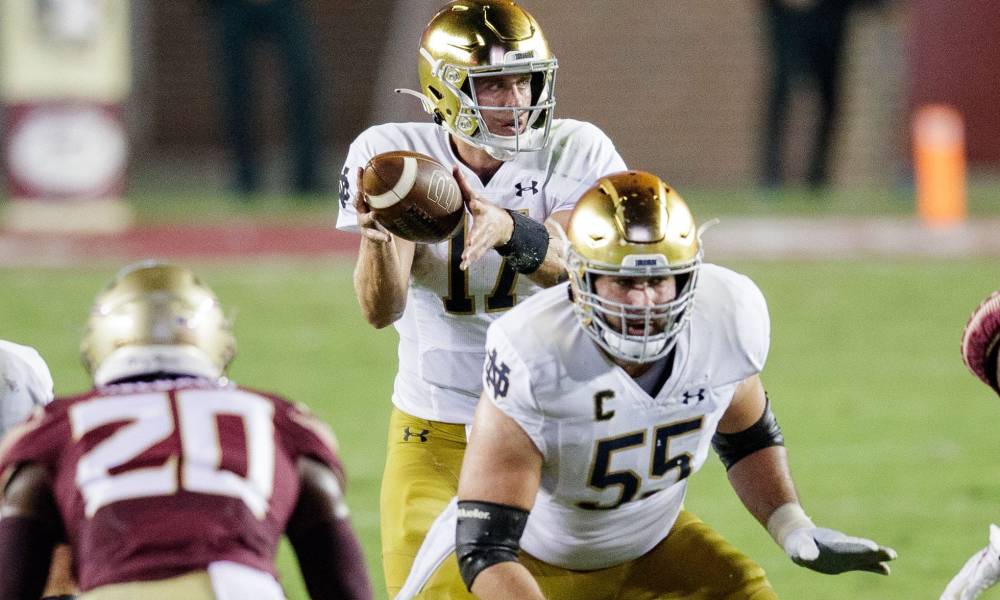 This Saturday, a 2-1 Badgers team will take on an undefeated Notre Dame. Notre Dame, as much as any undefeated team can, has their back against the wall. Public perception of the Fighting Irish is at a low after the ugliest 3-0 start in football. If Notre Dame wants to be taken seriously in the landscape of college football, this is their opportunity to impress. As for Wisconsin, ranked lower than ND in the AP but favored in this game, they could seriously bolster their resume and begin a new chapter after beginning the season with a loss to Penn State. Even as our perspective on Notre Dame has changed throughout the last few weeks, a win against a top-15 out-of-conference opponent is big.

As lazy as it seems for me to say, Jack Coan will be the story of this game. The former Badger, turned Fighting Irish QB, is going to have to be the one to win this game. I say that not because I think he’s the best talent on the field Saturday, but because the Notre Dame offensive line will do him no favors. The reason this game hinges on him is because offensively, he’s gonna have to do it alone. Not only that, but he’ll have to do it against the best defense the Irish have played all season. If you’re a Notre Dame fan reading this, it might sound dire, but allow me to elaborate. If Notre Dame can capture an early lead, Wisconsin simply isn’t able to throw their way back into this game. Graham Mertz isn’t that guy. If you take time off the clock and force Wisconsin to travel by air, the turnover ratio will tips in your favor.

Notre Dame is much more capable of a come-from-behind win in this game. You can just consider their strengths and weaknesses. On the other hand, Wisconsin can run away with this game too. I just made pretty clear my feelings on  Graham Mertz, I haven’t gotten to talk about Chez Mellusi, who could be a huge impact player in this game. If he’s able to consistently run for five or six yards a carry, it takes a tremendous amount of pressure off of Mertz. I’m still waiting for this Badgers offensive line to step up. However, seeing the Fighting Irish allow over 250 yards on the ground to Florida State gives me some confidence that Mellusi will almost certainly find his stride.

If I’m wrong, I’ll blame it on the goosebumps I still have after Jump Around, but I’m taking the Badgers. That being said, I can see a multitude of scenarios where Notre Dame takes the win.  In no way am I saying they can’t, but I see this win as more likely for Wisconsin. I’m putting my pick in the hands of Graham Mertz, I understand that. If you can stunt the Irish on the first several drives and consistently run the ball, this game is Wisconsin’s to lose.

Texas A&M at Arkansas: Preview and Prediction
Sleepers For The College Football Playoff