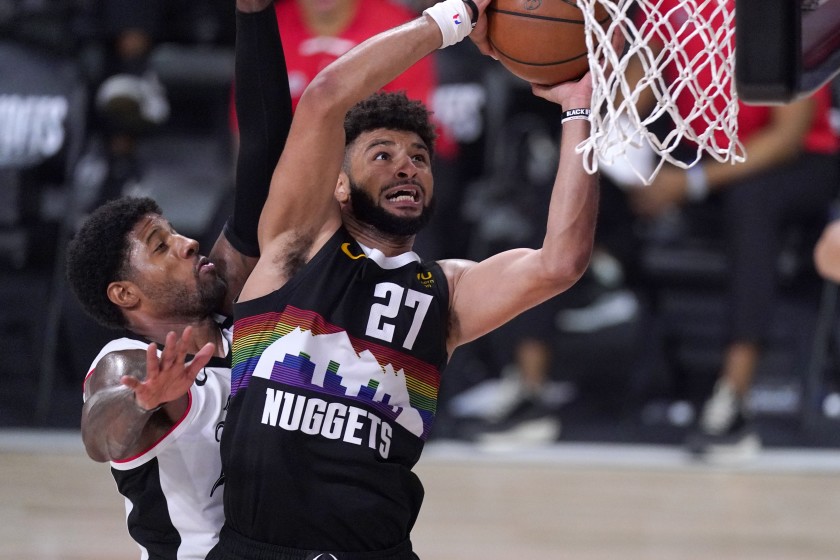 Two words every sports fan loves… Game Seven. In a winner takes all game, everything is on the line for Denver Nuggets and Los Angeles Clippers. The winner will play the Los Angeles Lakers on Friday.

What is on the line? Legacy’s, team history, and maybe major offseason moves will implicate what occurs.

For the Denver Nuggets, they are playing with house money. Nobody expected the young Nuggets team to get this far. However, Denver has clawed back from a three to one deficit. The second time this postseason. The fight or flight instinct seems to work for Denver. Maybe it’s the adrenaline of being sent home. They are on a five game win streak facing elimination.

The Clippers have everything on the line in tonights match up. In the 50 years of the franchises existence, they have never made it past the second round. This year they have constantly been is discussion as the best team in the league. With many choosing them to win the Finals. Last offseason they made big splashes by adding Kawhi Leonard and Paul George. As a result, all eyes are on the Clippers as they look to make the Conference Finals for the first time in their franchise history.

Nuggets and Clippers Others

The Nuggets have tend to play possum with the Clippers these past two games. Allowing double digit leads during the first half. But all of a sudden make resounding surges to surpass the Clippers. All while being led by their star duo of Nikola Jokic and Jamal Murray. But the ones who have made the biggest impact, have been the others. Contributions from Michael Porter Jr, Paul Millsap, Gary Harris, Jerian Grant, and Monte Morris have made this a series.

Coming into the series, the Clippers supporting cast was looked as the better of the two teams. With the likes of Lou Williams and Sixth Man of the Year winner Montrezl Harrell. Aswell as veterans such as Reggie Jackson, Jermichael Green, Marucs Morris, Landry Shamet, and Invica Zubac.

What’s On the Line

Before the season began, NBA fans has been waiting for the dream match up of the Lakers and Clippers in the WCF. Leonard and George vs James and Davis. The battle of Los Angeles. James and the Lakers have done their part to make the match up happen. Now we wait to see if Kawhi can uphold his side.

This will be the first time that Kawhi has his legacy on line. As of today, the superstar has had a great career. Winning two championships, two finals MVPs, Defensive Player of the Year, All Star appearances, and All NBA teams. But if a second round playoff exit were to occur, it would be a stain on his career.

During his tenure in San Antonio, Leonard was never the first option. Instead as an up and coming star. In last years finals, he led the Raptors to their first championship but against an injured Warriors team. With no Kevin Durant and Klay Thompson tearing his ACL in game 6, the Raptors secured the win. This time it’s different, all eyes will be on Kawhi to produce.

If the Clippers were to lose, you may see a coaching change with Doc Rivers. The head coach has under performed after multiple years in the playoffs. In the seven years as the Clippers head coach he has a playoff record of 27-31.

And it isn’t like he hasn’t had talent around him. The Lob City era couldn’t accomplish the goal of winning a championship. If this current team isn’t able to win one, then Doc may be out of the picture or at least on the hot seat.

Will the Clippers continue to be the let down team that we all know and love? Or can Kawhi turn it all around and punch their ticket to their first ever Western Conference Finals? Stay tuned on tonights game.

Houston’s House In Hot Water After Bubble Fling
Heat Top Celtics 117-114 in Game 1. Will This Style of Play Have the Same Result in Game 2?