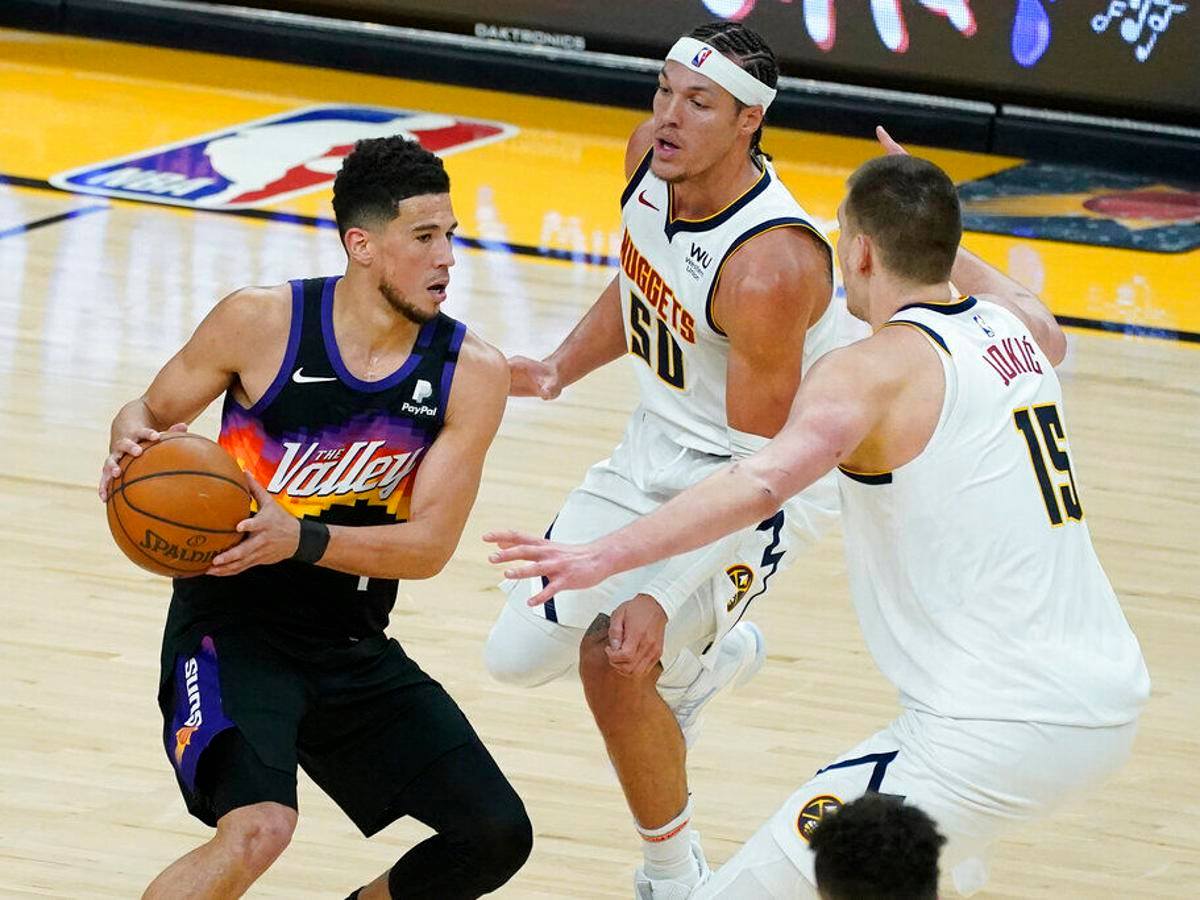 Since Jamal Murray went down with a season-ending injury, the Denver Nuggets have been playing on borrowed time. Losing your second best player is obviously a serious issue, but they were able to mask it against the Portland Trail Blazers in the First Round. They now face elimination for the first time this season as they head into tonight’s game, down 3-0, against the Phoenix Suns.

Denver was able to sneak past the Blazers on the back of Nikola Jokic and some heroics from unsung heroes. Jokic averaged 30 points and 10 rebounds with 50/40/90 shooting – something that has never been done before. Austin Rivers and Monte Morris came through to help them win two important games.

Unfortunately for Denver, the Suns are a different beast.

Jokic was presented the MVP award prior to Game 3 vs. the Suns, but that’s where the victories ended for Denver. Nikola Jokic had a career night with a 32/20/10 triple-double, but the Nuggets fell 116-102.

Jokic ran away with the MVP race after Jamal Murray and Will Barton went down. If Jokic didn’t play amazing the Nuggets lost. The supporting cast has not been good enough.

Michael Porter Jr. has taken a big step this season. He averaged 19 points and seven rebounds in the regular season. The playoffs offered a prime chance for him to prove himself as the second option on a good team. He seemed to do so against Portland when he averaged 18 and seven.

Porter Jr.’s problem lies in the fact that he relies on the three-point line too much. In the three games against Phoenix, over half of his made baskets have come from three. If he was solely a three-point shooter that would be fine. But he isn’t, or at least he shouldn’t be. For Denver to succeed without Murray, Porter Jr. needs to find a low post and mid-range game.

Aaron Gordon’s deadline day trade made total sense for Denver. It looked like they were getting the missing piece of the puzzle. Gordon could lockdown the opposing team’s best player and act as a slasher on offense. A slashing big would allow the Joker more room to operate and find passing lanes.

Like Porter Jr., Gordon had a much better series against Portland. This can be attributed to the fact that Jae Crowder and Mikal Bridges are better defenders than Norman Powell and Carmelo Anthony.

Gordon’s defensive impact was noticeable against Damian Lillard and CJ McCollum, but hasn’t been so against Phoenix. At least for this season, the Gordon trade was not a success.

The Nuggets looked to be a force in the regular season, but Murray’s injury halted what could have been a Finals run. Murray’s production has not been matched by the supporting cast, who’ve had a rocky playoff performance.