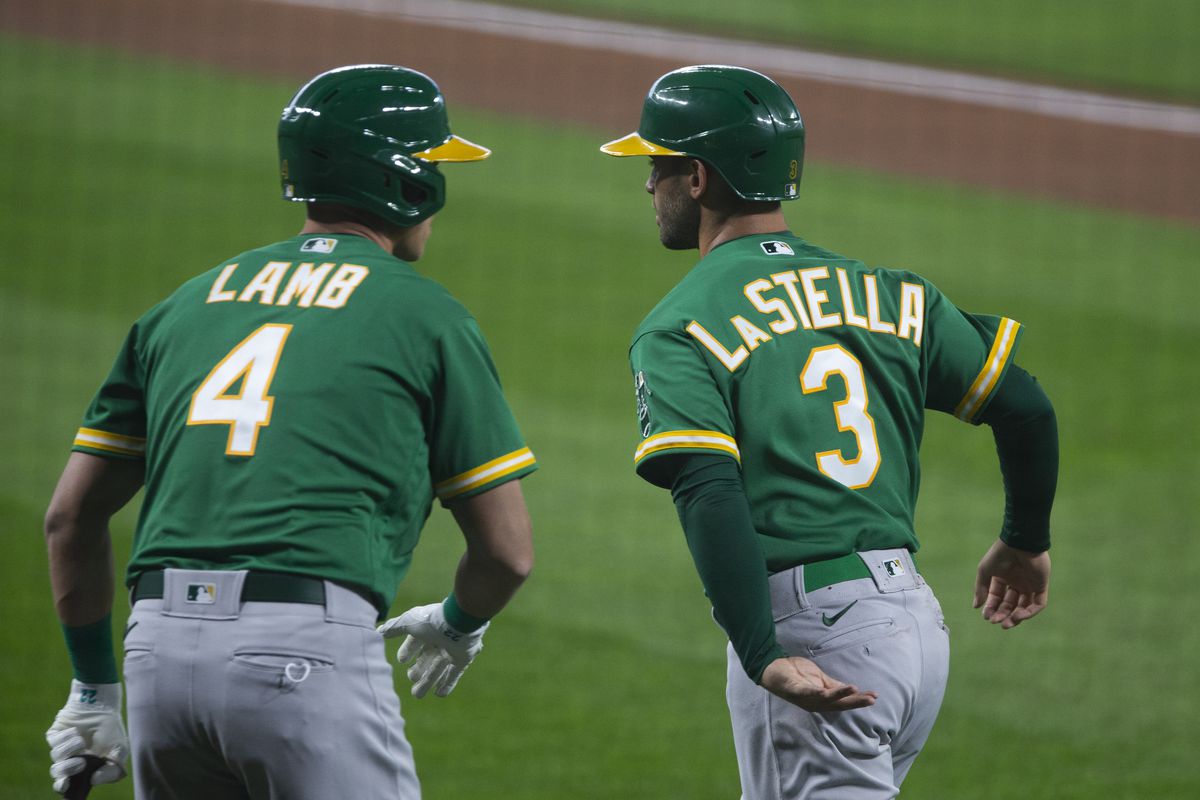 The Oakland Athletics had everything to play for in Friday night’s Bay Bridge Series opener against the San Francisco Giants. Not only did they need just one more victory to win back the annual Bridge Trophy, but they faced the possibility of clinching their third straight postseason berth. An all-around solid victory for the Oakland A’s in game one of the three game series and game four of this year’s Battle of the Bay accomplished both objectives

It was so fitting that all the winning factors for the A’s this season converged. Starting with a strong outing by Chris Bassitt, who has been the A’s most consistent starter as of late. He has surrendered just one earned run in his past 19 innings pitched.

The A’s also overcame their recent struggles with getting runners home. This was thanks to recently acquired third baseman Jake Lamb singling home the A’s first run with two outs and two runners on in the bottom of the first. Since being acquired as the A’s everyday third baseman in place of the injured Matt Chapman, who is undergoing season-ending hip surgery, Lamb has been a productive bat in the A’s lineup, going 5-for-11.

The breakthrough offensive play came from none other than the teams’ home run leader Matt Olson, who bashed a three-run homer to right in the third. This was his 14th of the year. Despite his low .191 average it looks like he is starting to slowly figure out his swing at the right time.

The 6-0 shutout was solidified by the A’s bullpen after Bassitt left in the sixth. This has consistently been their most effective area and they were as effective as ever on Friday. They held the Giants hitless through the last three innings, using three different pitchers in relief.

While the A’s officially won the season’s Bay Bridge Series and The Bridge trophy found its way back to Oakland, the true celebration came moments after the game was over. Following the A’s win, all they needed was for the Seattle Mariners to lose to the San Diego Padres, which they did, confirming the A’s place in this year’s postseason. The A’s joined the Tampa Bay Rays, Chicago White Sox, and Los Angeles Dodgers as the only teams to officially clinch playoff spots so far.

The A’s still have unfinished business this regular season as they look to win their division next and possibly get the highest seed in this year’s playoffs. This will be especially crucial, as the A’s failed to win the division the past couple of years despite winning 97 games. Both year’s resulted in the team falling back-to-back years in the one game wild card playoff. The good news is that no team will have to face the one game Wild Card in this year’s playoffs. Home field advantage however, is always crucial in the playoffs, even without fans. If the A’s can clinch their division they will be guaranteed home field advantage for the Wild Card round. If they can win there, they will advance to the neutral site bubble for the succeeding rounds.