Oakland Athletics Regular Season Story: How The West Was Won In 2020 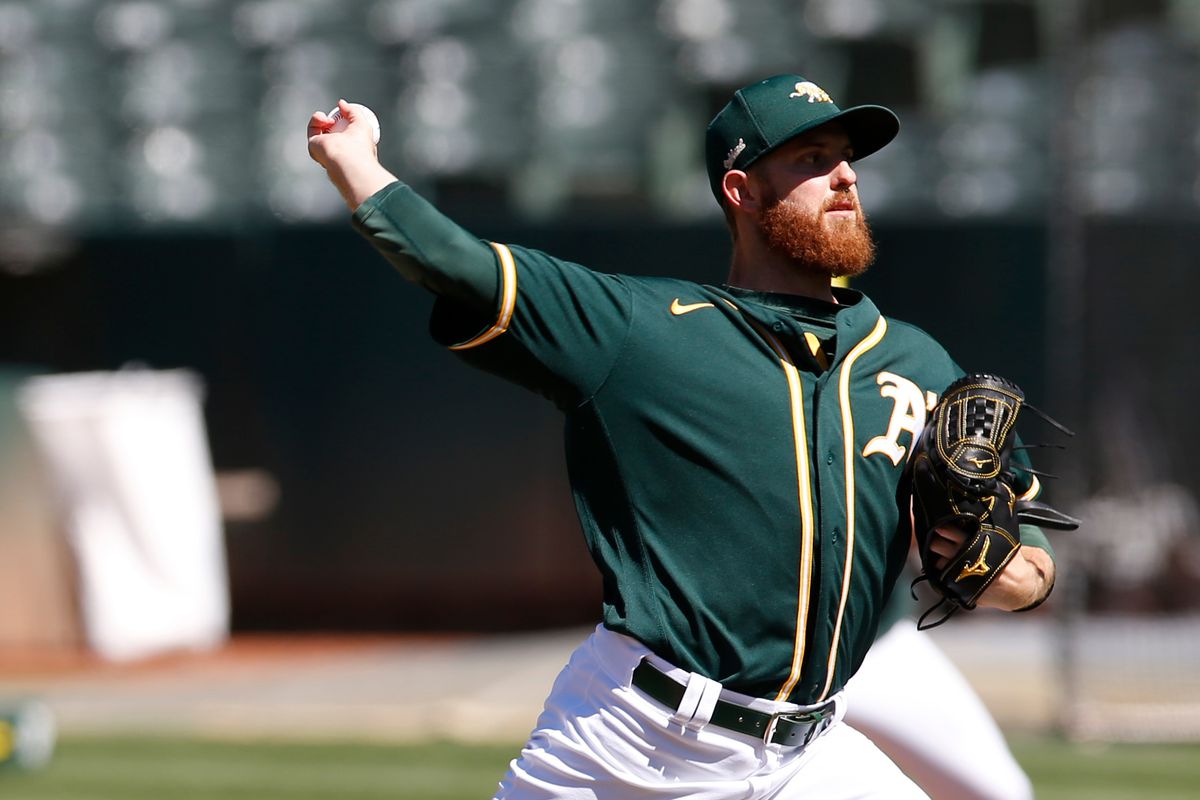 Regular season mission accomplished! Not only will the Oakland Athletics be seeing October baseball for the third year in a row, but they are American League Western Division Champions for the first time since 2013. They have also dethroned the Houston Astros as division champs, much to the gratification of the rest of the baseball world. How did the A’s do this? How were they able to see continued success despite the peculiarity of a 60-game season? How were they able to conquer what was looking to be one of the most competitive divisions in the baseball season? Here is how the West was won in this shortened, scripted, storybook season.

If a baseball statistician just saw the team’s stats, the initial assumption might be that the team is at or near last place in the division. Not the case at all for the A’s, as they ranked in the middle-bottom tier in virtually every offensive category as a team, yet finished tied for the second best record in the American League. Did it happen with the team just being carried by one MVP? Far from that! After all, baseball’s a team sport! In fact, the team’s hitting leaders, Mark Canha and Robbie Grossman, batted a modest .241. The A’s just found the right moments to score just enough runs to support solid pitching, as well as impressive late game comebacks. The A’s have been one of the smartest baserunning teams I have seen in awhile. This area is often overlooked especially with stolen base value decreasing in this day and age.

Going back to smart fundamentals can take a team with just enough talent just as far as a team with a player like Barry Bonds or Babe Ruth. Players throughout the top and bottom of the batting order, from Marcus Semien to Tony Kemp, have aggressively stretched plays on the basepaths to make it easier for A’s batters to knock runs in, with smaller hits. This was important as the team struggled to come up with huge hits when runners were in scoring position. Their baserunning, however, has not been incredibly aggressive either, they have just gotten aggressive at the right times. They have only been caught stealing three times, while managing to post a 90% stolen base percentage. Making aggressive plays while scarcely making mistakes is the balance that all competitive teams strive for.

Speaking of fundamentals, the A’s played game-saving masterful heads-up defense all season. Having committed the fifth least errors and posting the fourth highest fielding percentage this season, it is important to look more at the fashion in which the A’s have made their defensive plays, a story which stats cannot fully tell. From Ramon Laureano’s home run robbing catches to Matt Olson’s heads up throws from the first base position to catch lead runners off guard on the basepaths, heads up situational awareness has given the A’s their competitive edge.

Over the last decade A’s fans have certainly witnessed the highs and lows from a team bullpen. In 2018, bullpen was what carried the A’s through their strong second half playoff run as the team often failed to get more than five innings from starters. In 2019, however, the bullpen was the team’s biggest struggle, which was made up for by much-improved starting pitching. This season the bullpen is what has been the anchor, getting the A’s through close games late. In the beginning of this shortened season, especially, the A’s were struggling to find consistent dominance in some of their starters. This is something no team could afford to struggle with in this sprint of 60 games. Thankfully, the bullpen, which was the team’s biggest question mark this offseason, bounced back and has looked nearly flawless, putting up a collective 2.76 earned run average (ERA), going 17-for-21 in save opportunities. The bullpen has paved the way for the A’s offense to break through in close, extra-inning games, including a historic two walk-off grand slams in the first 11 games. Bullpen pitching could be what the A’s were missing all those years when they have struggled to get over that first round postseason hump.

The Next Man Up Mentality

In an adverse world, the season has come with no shortages of team adversities . Despite no remarkable individual seasons among the A’s lineup and inconsistencies with the starting pitching staff, the A’s got just enough contributions from different 1-9 players stepping up on different nights. This is a prime indicator of how baseball is truly a team sport; it doesn’t take a big name on a roster for a team to win a division, or even a title. The biggest adversity the A’s batting order had to face came when it was announced on September 12th that All Star third baseman Matt Chapman would undergo season ending right hip surgery. While the absence of his bat is a big blow to the power hitting core of the A’s order, his absence has given other players the chance to step up, including Jake Lamb, who was signed as the A’s new everyday third basemen. Since his release from the Arizona Diamondbacks, Lamb put up a respectable .267 average in his time with the A’s. Maybe a change of scenery to a more competitive atmosphere was just what the struggling third basemen needed. Speaking of a change of scenery, Tommy La Stella, who the A’s acquired from the Los Angeles Angels at the trade deadline, has also been solid for the A’s, batting .289, giving them solid contact. This is something a team like the A’s need, as they are a team known for power hitters who strike out a good amount.

The team stuck together throughout this season, especially in their late stretch when they had to play an unprecedented 16 games in 13 days, thanks to starting pitchers giving the team innings and not overworking the bullpen. When it was all set and done, the A’s showed the Astros that there is another perennial powerhouse in the AL West. After losing in back-to-back one game wild card playoffs the last two seasons, they have accomplished their objective set out in spring training: win the AL West. Next up? Making a longer postseason run.