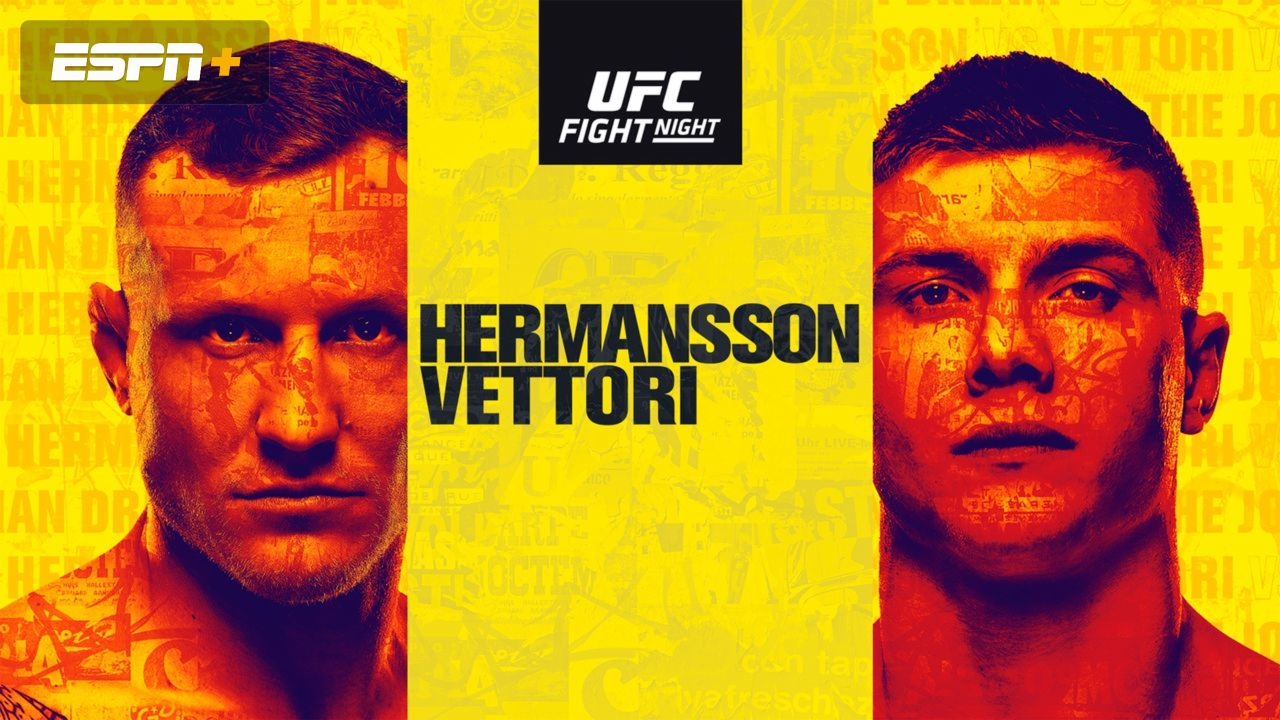 Marvin Vettori is set to take on middleweight contender Jack Hermansson on a week’s notice. Still, oddsmakers peg the 13th ranked Vettori as the favorite over the 4th ranked Hermansson—why?

So how is it that all the biggest betting outlets deem Marvin Vettori—who has never fought in a main event and who took the fight on a week’s notice—as the favorite over a very dangerous Jack Hermansson?

I have trouble agreeing with the oddsmakers after considering who they have fought and how they have fared in said fights. Vettori, while worthy of being ranked, has yet to finish an opponent on the feet in the UFC. Meanwhile, it’s true that he’s threatening on the ground, but he’s not as dangerous on the mat as the man he faces Saturday.

So Vettori hasn’t displayed finishing ability on the feet, and he likely won’t get the best of ‘The Joker’ on the ground. Where does he beat Hermansson? What aspect of the game does he have a definitive edge?

In my eye’s Hermansson has the advantage over Vettori in the following areas: previous competition faced, finishing ability both on the feet and on the ground, and main event experience. Vettori only edges Hermansson in common opponents—Vettori def. Cezar Ferreira via decision, while Ferreira def. Hermansson via submission.

Moreover, you could argue that his most impressive performance actually came in a split-decision defeat to Israel Adesanya. It must be noted that it was only Adesanya’s second UFC appearance, while it was the fifth time Vettori competed for the promotion.

This article might seem like I’m aiming my sights directly at ‘The Italian Dream’, but I promise that is not the case. In fact, I agree with the notion that Marvin Vettori can compete with some of the top middleweights—inclusing Hermansson. The argument I’m making is that it simply does not make sense for Vettori to be favored over Hermansson. Quite frankly, it’s disrespectful to ‘The Joker’—who’s fresh off a quick submission win against Kelvin Gastelum.

Heck, I’d argue that Kevin Holland was a tougher match-up for Jack Hermansson. Yet, oddsmakers pegged ‘The Joker’ as a (-240) favorite minimum. Basically that’s saying if Vettori and Holland were to fight, Vettori would be a BIG favorite. I disagree with that notion as well.

Vettori will become the first Italian to headline a UFC event. He carries a chip on his shoulder wherever he goes as well. He can beat Hermansson this weekend, but there’s no way he should be favored to.