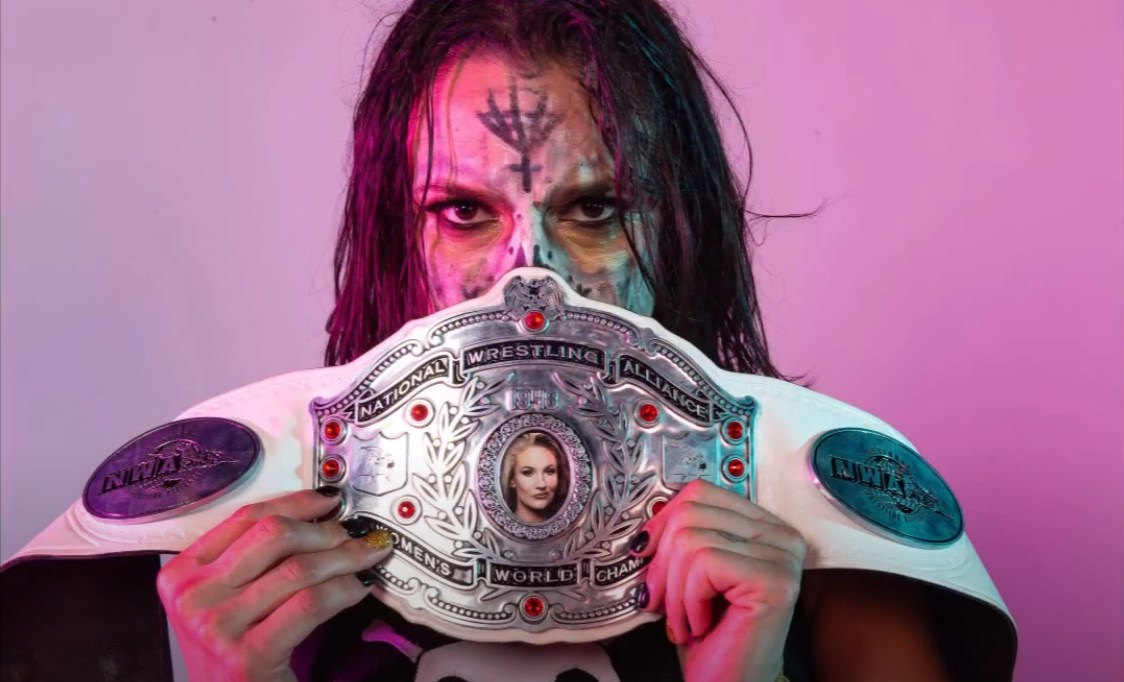 Back Sports Page presents a new episode of Off Topic with Randy Zellea.

Randy welcomes back Emerito Rivera to be his Co-Host as the boys welcome in the NWA Women’s Champion, Thunder Rosa.

Here are some of the highlights

On Appearing in AEW

“Billy called me and told me that I was showing up on AEW and that started it all. AEW helped us get more viewers on NWA because they saw me and that’s really cool. You see guys like Ricky Starks and Eddie Kingston on NWA now on AEW, so it’s really cool.

“I’m not unfamiliar to studio wrestling, I did Womens of Wrestling and Lucha Underground. I didn’t know what I was getting myself into with NWA Power and I didn’t have any expectations going in. I came in to learn and see what was going to happen, and they had something very interesting for me to start off with.

On Her Role In Wrestling:

“You don’t get to see women of color being put in a place like I am now, holding such a historical championship and it’s not just a token, it’s ‘she is the face of your company’, so it’s definitely an honor.

“You have to stand out. Either you get a big pair of boobs and a nose job and kick ass, or you can wear face paint and kick ass. For me, it’s a representation of me and my background. Training has been ingrained in me from the beginning, even in my time in Japan and Mexico. I mixed everything I’ve learned together and then the martial arts came in later in my career.”