Once a Giant, Always a Giant!! 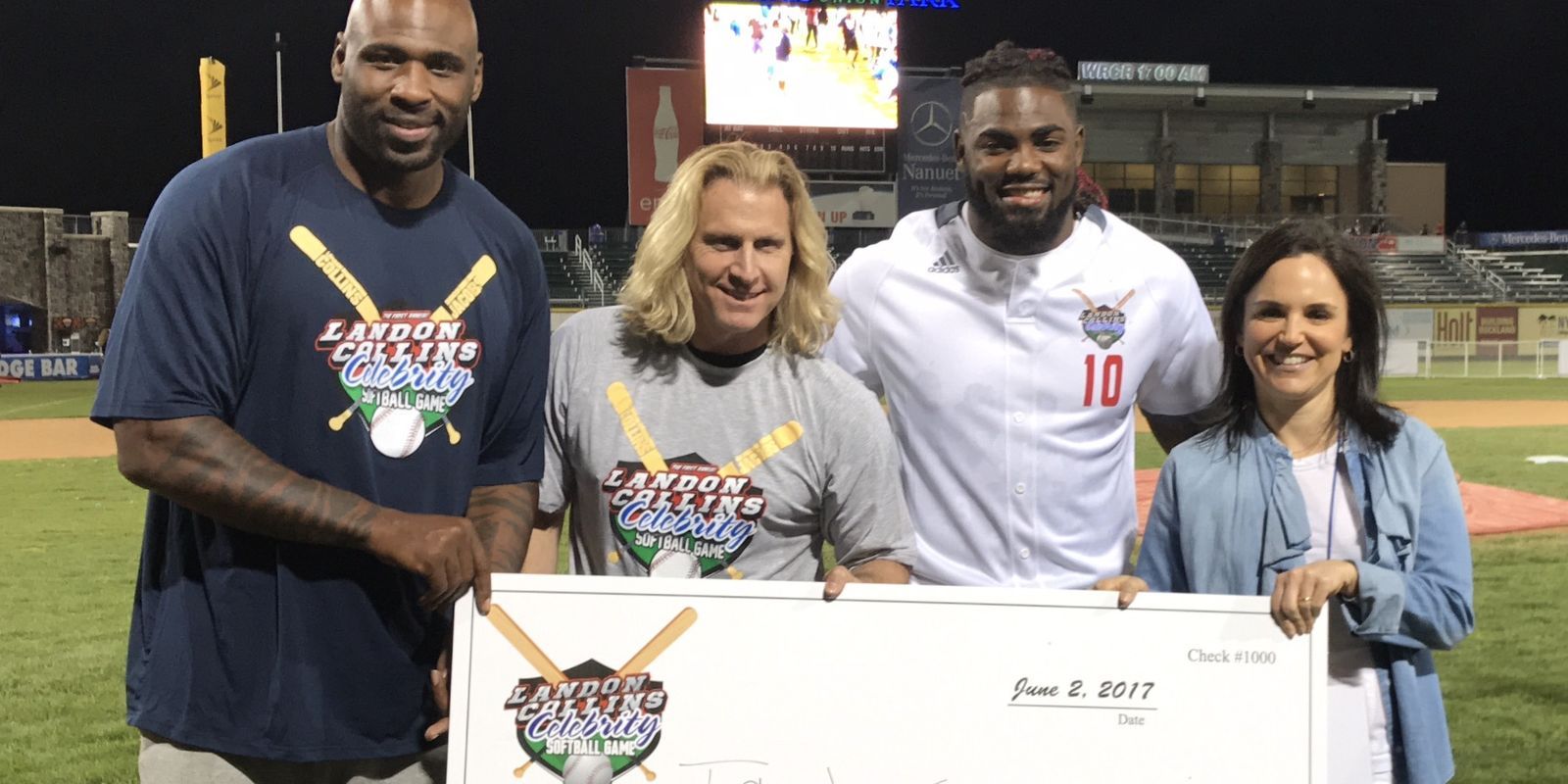 Big Blue Report: “Once a Giant, always a Giant!”

This was a common phrase used through the evening of June 2nd 2017 by both former and current members of the New York Giants. You might ask what bought members of the Giants family together for this special event? The answer is a simple: Charity.

Giants super fan Joe (License Plate Guy) Ruback organized an evening that defines what the organization preaches, family. Ruback’s close relationship with members of both the alumni and current roster delivered on event that helped raise over $30,000 for The Tom Coughlin Jay Fund. The Jay Fund is an organization that supports families tackling childhood cancer with financial, emotional and practical support.

The cause bought over 50 members of the Giants family as well as close to 3,000 fans out to Palisades Credit Union Park in Panoma NY to witness the Super Bowl Champion Giants captained by Brandon Jacobs vs the Current Roster led by Landon Collins. The fans were treated to a series of events which included softball, dodge ball and a special home run derby. The evening was entitled Team Collins Vs Team Jacobs!

When asked how this event came together Collins gave the credit to Ruback. “Joe came up with everything. He was instrumental in every aspect of the event. He kept on saying “I got you and it will all work’ and it really came together. Joe really deserves all the credit.”

Collins felt it was very important to have the alumni involved with the event because of what the current roster could learn from their success. “It’s big because the current team see’s each other every single day. When the alumni are involved it’s very important because you see that chemistry they have. The success they have came by believing in one another and we want that. We want to be where they were. To have them come out like this though it is an absolute blessing.”

As far as the attendance Collins was not surprised by the Giant faithful attending. “The fans make it. They make us. Most of all because of them tonight we are able to make a difference and help raise money for the Jay Fund. Running events like this helps give hope to these kids that will go home. We are here to raise awareness and help give these kids hope.”

Dominique Rodgers-Cromartie agreed with Collins about the Giants faithful coming out for support. “You look at the great names we have from both the current team and the alumni. You do not even have to ask Giants fans if they are going to make it out. They will always make it a great turnout.”

DRC who is very involved in the community, also made the point that athletes know how important it is give back. “It’s very important. We are playing for so much more then ourselves as we know the effect we have on people. It’s an important responsibility that as athletes we carry with us and take very seriously.”

Rookie QB Davis Webb made his first public appearance as a member of the Giants and was blown away by the fan reaction to the evening. “Yes, it’s really the first time I have the chance interact with the fans. That’s the big thing for me. I am signing autographs taking selfies and they are welcoming me to New York. I am very excited to be here obviously in the best organization in football. This has been a blast.”

The ovation of the night came when Eli Manning stepped to the plate and hit a groundball which was ruled a single. He was congratulated by both teams in laughter as he waived to the crowd.

Ruback, Collins and Jacobs spent weeks before the game promoting the event through radio and TV appearances. We asked Ruback what was next. “We have to decide what we will do next year. Do we want to keep it as a Giants event or include the Jets?” said Ruback.

Towards the end of the game Ahmad Bradshaw told me that this was all about family. He said it was great to be home. “Once a Giant, always a Giant.”

The actual game ended a 9-9 tie. After the game, fans were by the field for pictures and more autographs as well as the check presentation. The real winners were the Giants fans in attendance and of course the Jay Fund.