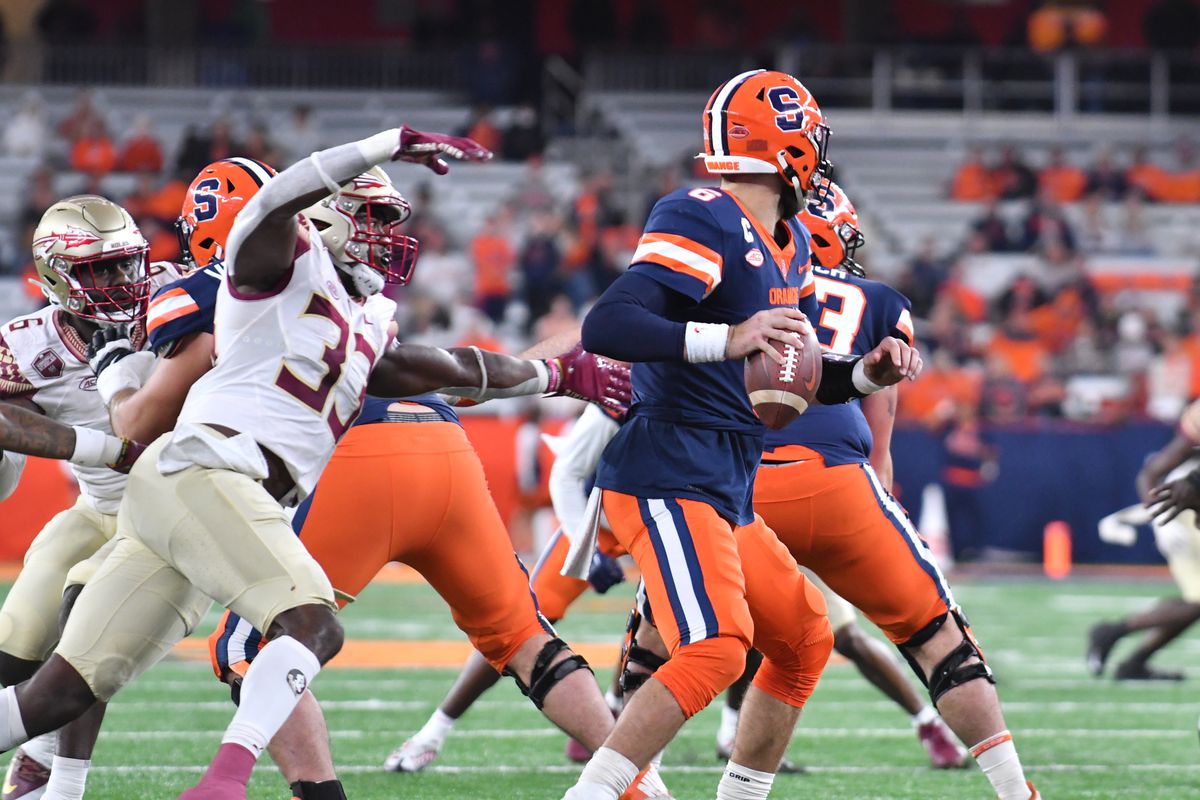 After an unexpected 6-0 start, the Syracuse Orange have trended in the opposite direction. The Orange have lost four consecutive games including their 38-3 loss at home to the Florida State Seminoles. Here are some takeaways from Saturday night’s action:

The Syracuse Orange offense struggled in both the pass and run game as the Florida State Seminole defense held them to 160 total yards (65 passing yards and 95 rushing yards).

Syracuse quarterback Garrett Shrader was critical of his own performance and admitted that their offense has been out of sync during their losing streak.

“I didn’t play particularly well. It happens,” Shrader said. “Just moving forward, we’ve gotta find a way to get connected. Make sure everybody’s on the same page. Making sure we’re working as a unit is the biggest thing.”

Syracuse running back Sean Tucker believes the offense’s inability to score is more a product of their mistakes and less about their opponent’s ability to shut them down.

The Florida State Seminoles held Sean Tucker to 52 rushing yards on 14 carries. Tucker has failed to reach 100 rushing yards for the fifth consecutive game since his 232 yard game against the Wagner Seahawks.

Head coach Dino Babers took 100 percent of the blame for the blowout loss at home against the Florida State Seminoles.

“The performance out there today, you have to put that on me,” Babers said. “I take responsibility for that. Full responsibility. It was not good enough. There’s no way. That’s not what we represent.….We cannot continue to act like that’s OK. It is not OK.”

On November 19th, the Orange will travel to Winston Salem to face the Wake Forest Demon Deacons at Truist Field. Both teams are desperate to break their respective three and four game losing streaks after their hot starts. Kickoff is at 8:00 PM ET.

The following week, the Orange will face the Boston College Eagles who recently upset the 16th ranked North Carolina State Wolfpack, in their regular season finale at Alumni Stadium.