Orlando Magic Draft Results: Who Was Selected and Why 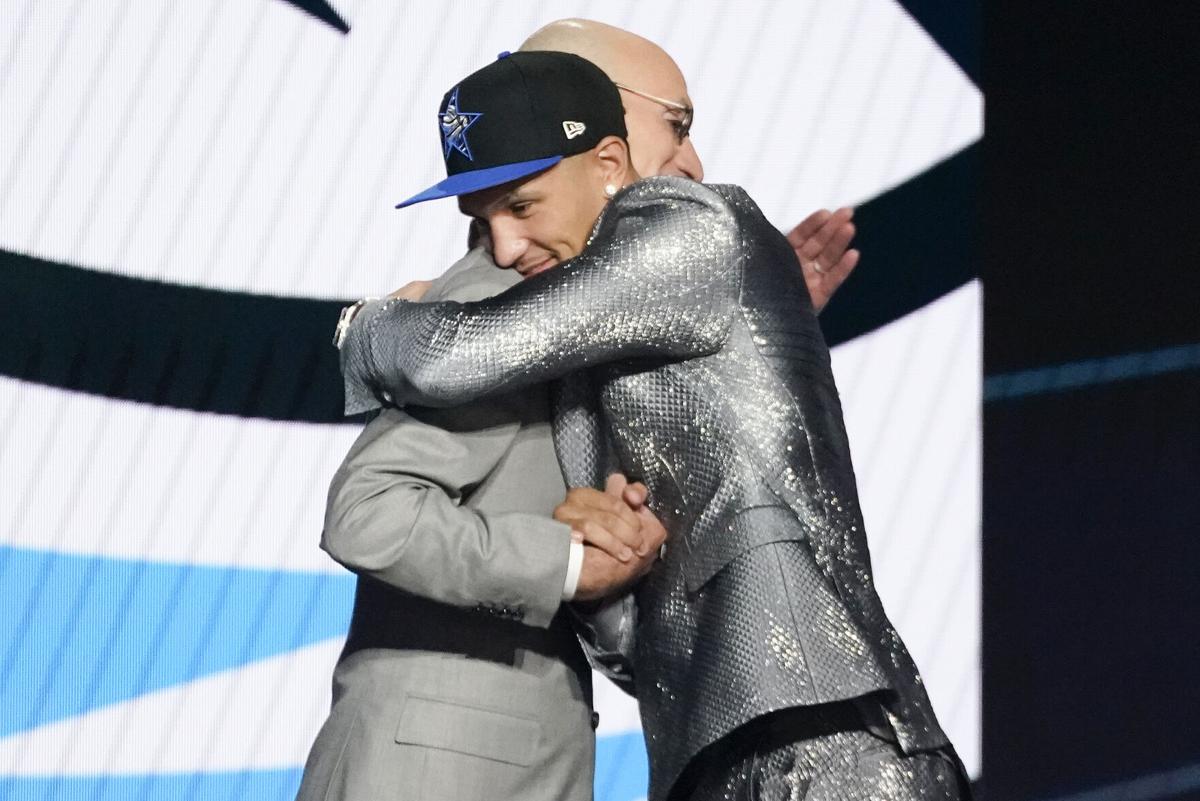 The Orlando Magic draft did not quite go as expected but their two top-8 picks have the skill and potential to lead Orlando out of a rebuild.

The 2021 Orlando Magic draft came with immense expectations because of their luxurious lottery picks. At last year’s deadline, the Magic committed to a rebuild and traded three of their best players. In doing so, the Magic sent Nikola Vucevic to the Chicago Bulls and received quite a hefty return. Part of that deal was the rights to Chicago’s 2021 first-round pick, as long as it fell outside of the top four. Therefore, a lot of pressure was placed on the lottery results.

The draft lottery was both a positive and a negative for Orlando. The positive was seeing the Bulls’ pick fall to #8, thereby making their own. The negative came when their original pick fell to #5, despite them being tied for the best lottery odds. Although they could have had much better picks, the Magic were poised to use this year’s draft to speed up their rebuild. Here is how the Orlando Magic draft went and what their picks will bring.

This year’s NBA draft had a pretty clear top three prospects. Cade Cunningham going first overall was leaked before the draft. Jalen Green and Evan Mobley were the next two expected picks, but in what order was unsure. Beyond those three, the depth of this draft class brought some uncertainty. The general consensus for the Raptors’ pick at four was Gonzaga’s star player. Kyle Lowry is likely leaving this offseason, so taking a guard made a lot of sense, but Toronto had other plans.

The Orlando Magic draft board was presumed to be led by two athletic wings in Scottie Barnes and Jonathan Kuminga. The Magic need help at lots of positions, but since they have three young, promising guards, most predicted them to take an athletic forward. However, Toronto stole one of them and shocked most experts by taking Scottie Barnes at four. By doing so, it left the Magic with one of the most talented players in the entire draft.

Most executives believe the proper way to rebuild through the draft is by selecting talent over need. Jalen Suggs is a perfect example of this. Last year, the Orlando Magic draft focus was building guard depth. Selecting Cole Anthony, together with acquiring RJ Hampton via trade, did just that. Although taking Suggs may hamper these two’s sophomore season development, his incredible track record and skill could not be overlooked.

Jalen Suggs signed with Gonzaga as the six ranked high-school recruit. Most saw his massive potential, but few expected such an immediate impact. Gonzaga’s deep run in March Madness gave Suggs lots of exposure and big-game experience. During the postseason, Suggs established himself as one of the smartest distributors and offensive navigators in college basketball. However, Gonzaga’s near-undefeated offensive was very team-focused, so his numbers appear to be lacking.

On about 32 minutes a night, Suggs averaged 14.5 points with 4.67 assists and rebounds per game. Suggs already has a strong mid-range game and with some improved consistency from deep, he can easily become a lethal combo guard in the NBA. Although it is unclear how well Suggs will fit alongside Fultz, Anthony, and Hampton, the Magic have built one of the best guard platoons in basketball.

The Orlando Magic Draft Need for A Stretch Wing

Another issue with the Magic’s current roster build is three-point shooting. The Orlando Magic ended the regular season with the fourth-worst three-point percentage (34.3%) in the NBA. As talented as Suggs is, he has yet to establish himself as a real threat from beyond the arc. In his freshman season, Suggs shot 33.7% from deep, with him regressing to just 28% in the tourney. So, when the eighth pick finally arrived, finding a quality jump shooter was key.

Just before that though, the Golden State Warriors held the seventh pick and stole Jonathan Kuminga. Kuminga’s incredible athleticism was his biggest pro, but his shooting from deep is certainly a concern. Therefore, seeing the G-League star come off the board right before them was not the end of the world for Orlando. Instead, the Magic decided to make this draft a family affair and select Mo Wagner’s younger brother.

Moritz Wagner spent the last eleven games of the regular season with Orlando. He proved to be somewhat productive, but during his stint, he must have shown the Magic’s front office something special about the Wagner family. The brotherly love really came out after Mo’s younger brother, Franz, committed to the draft. In a letter to the Players’ Tribune, Franz explained his confidence to produce on the biggest stage, while also taking a hilarious shot at his big bro. “After talking with my coaches and my family, I know it’s something I’m ready for… Plus, I mean, if Moe can play in the league — obviously they’ll take anyone.)”

During his two-year career at Michigan, Wagner stood out as an extremely well-rounded player. Wagner was top-three in scoring, rebounding, assists, blocks, and even led the Blue in steals. Neither Franz nor Mo boasts a high degree of athleticism, but their shooting strokes are highly valued in such big bodies. Franz is two inches shorter than his older sibling, but, because of that, he has much more versatility on the court.

Franz, despite being 6’9″, ended his Sophomore season as a top-10 semifinalist for the Jerry West Award, which is awarded to college’s best shooting guard. Even though he had a pretty mediocre three-point percentage, many believe he has the form and potential to develop into a solid three-and-D NBA player. Franz Wagner and the Orlando Magic should be a great fit together with him having a perfect role model in Jonathan Isaac to lead the way.

Overview of the Orlando Magic Draft

The lottery and draft did not entirely go as planned, but the Orlando Magic can confidently walk away with two impressive prospects. Suggs is one of the nation’s best point-guard prospects, while Franz Wagner has shown has the body and skill to be molded into a problem. These two only add to an extremely young core in Orlando.

It is now up to Orlando’s new head coach Jamahl Mosely to develop these young men into successful NBA players. If these selections hit, expect the Orlando Magic to quickly rebuild and once again become Eastern Conference contenders.