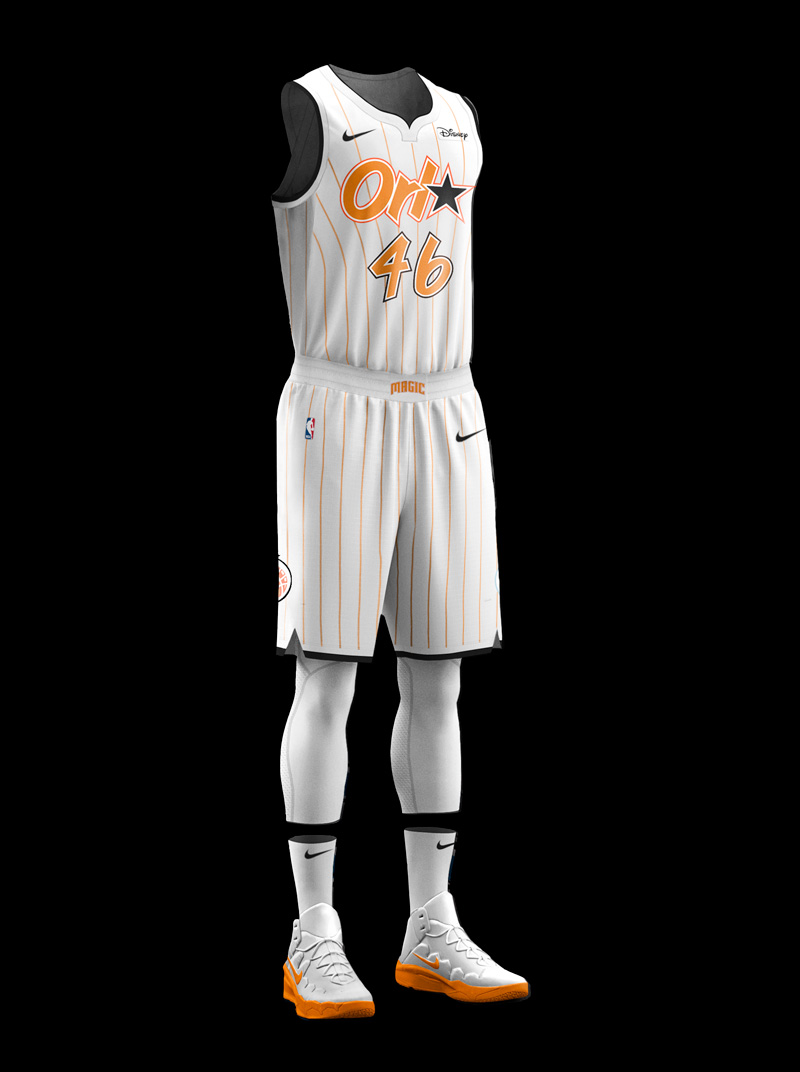 Orlando, Fla. (November 10, 2020) – The latest iteration of the Orlando Magic’s City Edition uniform has been unveiled today by the team, continuing with the history of Orlando, its orange roots and the team’s original classic pinstripes as its inspiration. The City Edition uniform continues to predominately feature the “ORL” front and center of the jersey along with the iconic star playing a central role, which is a nod to the original font and design. Orlando’s uniforms long known for its pinstripes dating back to the first Magic team in 1989 have been incorporated back into this modern take on an old classic preserving the orange theme.

The pinstripes and star pay homage to cherished symbols of the Magic’s past while incorporating the color orange to create a vibrant and inspirational theme representing the bright future of tomorrow in a bold new design.

The orange color was unveiled in the team’s first City Edition uniform last season to represent what Orlando is famous for – sunshine and citrus. From its very early beginnings, orange has been a part of Orlando – from sunshine, to orange groves to Orange County to Orange Ave., it’s the color thread that intertwines the fabric of this city, its people and this team.

The City Edition uniform will debut during the 2020-21 Magic season. This is the fourth of five uniforms in the Magic’s collection this season. The team most recently unveiled the Jordan brand on its Statement uniforms along with the Icon and Association. The fifth and final uniform, the Earned Edition, which is exclusive to teams who went to the 2020 NBA Playoffs, will be unveiled at a later date. The uniforms were developed through a collaborative effort between the NBA, its players and Nike.

The City Edition uniform for each team honors the city and its fans and will change each season. From the person who sits on the floor to the last person in the upper deck, the passion that comes from the fans is unmatched and the history and tradition of each city is truly unique.

The new City Edition jerseys will be available for pre-sale on Dec. 3 at the Orlando Magic Team Shop at Amway Center and online www.orlandomagicshop.com. For a quick look at the entire collection of Magic jerseys throughout the team’s history, please click here or visit Orlando Magic Jerseys for the comprehensive history.