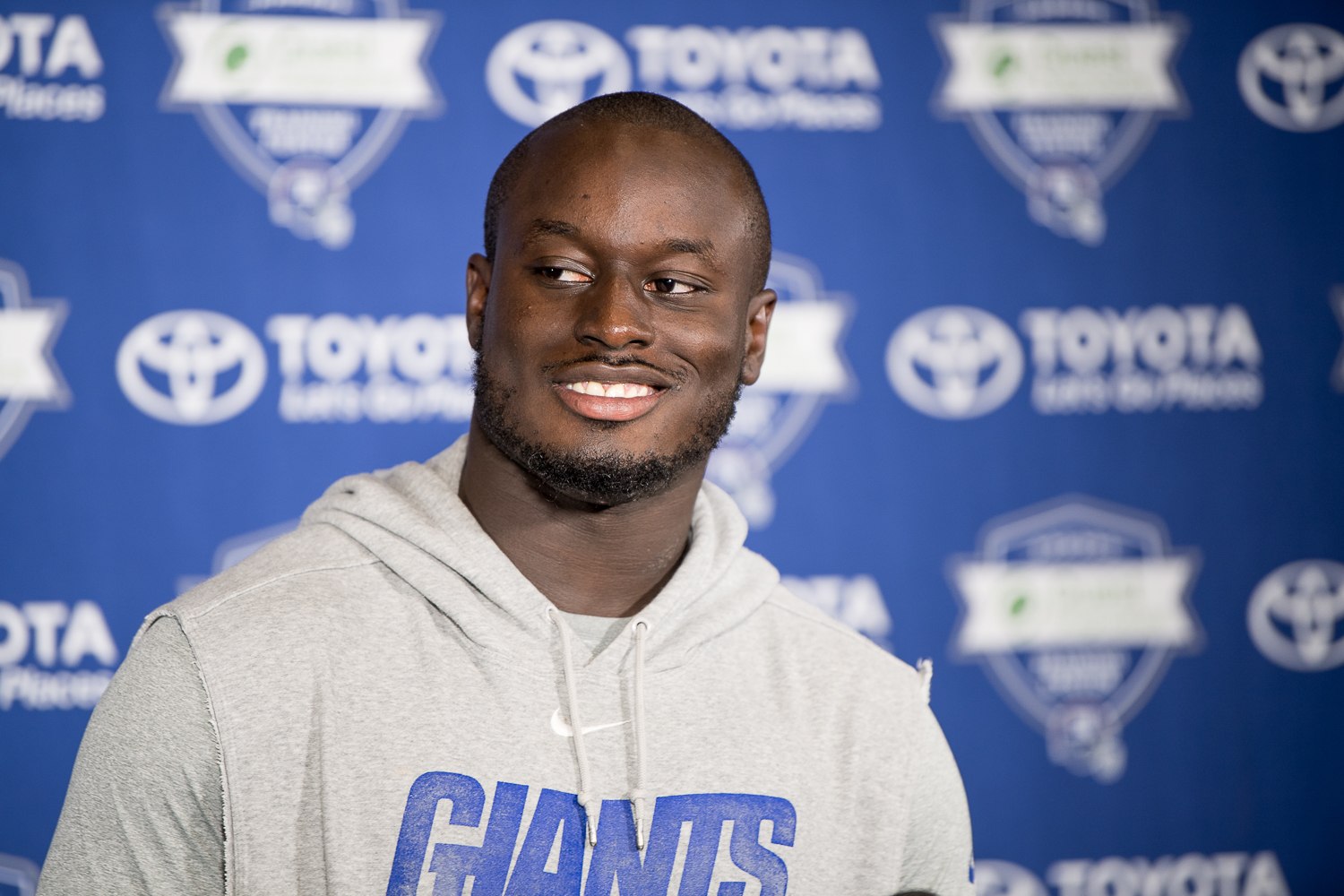 A lot of the focus during the Giants training camp has been focused on the offensive line, the wide receiving group, and the defense but the running game has taken a back seat. Though a tone downed topic, the running game looks a lot different from last seasons core.

With the departure of Rashad Jennings, Orleans Darkwa and Shane Vareen have become the veteran leaders in the running back room.  Darkwa who had 30 carries for 111 yards in the 2016 campaign understands and is attempting to show some of the leadership qualities that Jennings has shown him.

Randy Zellea of Back Sports Page spoke with Darkwa yesterday at practice to discuss the running back room, the upcoming game against the Jets, the struggles of the offensive line and his football camp he runs during the off season and much more.