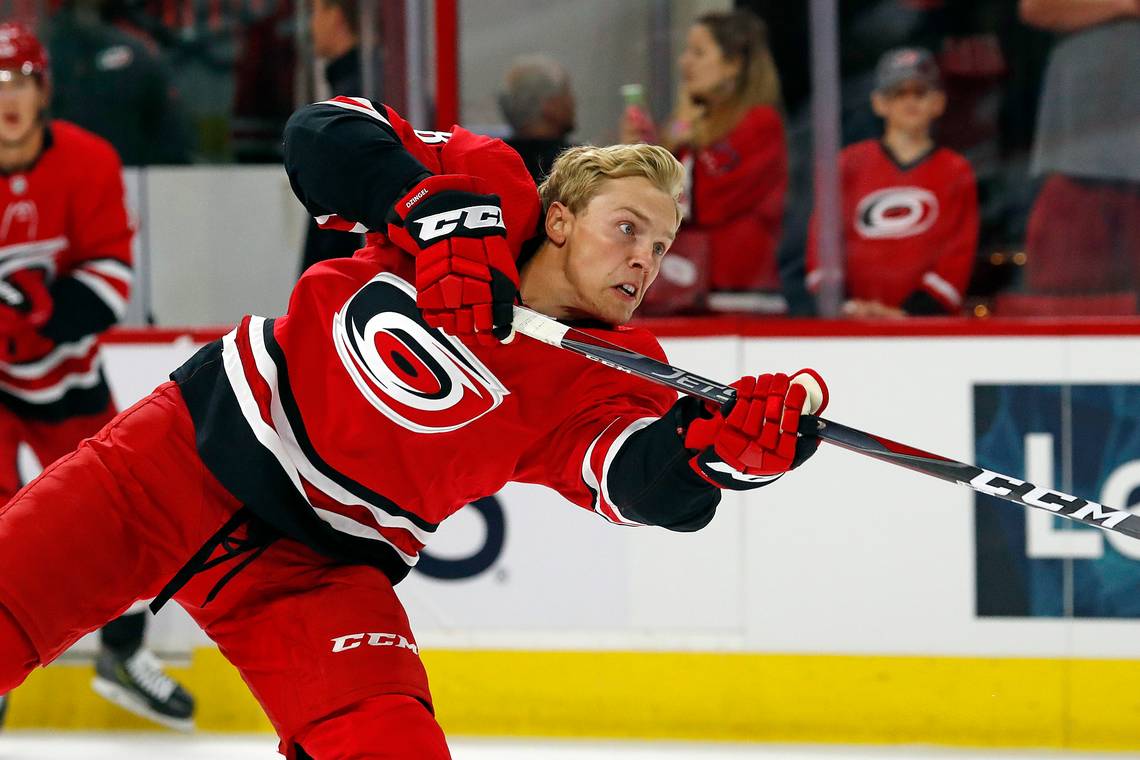 Forward Ryan Dzingel is heading back to Ottawa, in a trade announced by the Senators Saturday afternoon. In exchange for Dzingel, the Carolina Hurricanes receive forwards Alex Galchenyuk and Cedric Paquette.

Dzingel, 28, was drafted by Ottawa in the 7th round of the 2011 NHL Draft. He played four seasons with the Senators before being traded to the Columbus Blue Jackets during the 2019 Trade Deadline. His last season in Ottawa saw him put up 22 goals and 44 points in 57 games. Following the 2019 season, Dzingel signed as a free agent with the Carolina Hurricanes, but hasn’t found the same offensive success he had with Ottawa. He scored just 8 goals and 29 points in 64 games last season and has just 4 points in 11 games in 2021. A team desperately in need of offense, the Senators are hoping Dzingel can get back to form.

Both Galchenyuk and Paquette were offseason acquisitions for the Senators this past year. Galchenyuk signed with Ottawa as a free agent, but has been a healthy scratch numerous times; he’s played just 8 games with the team and has one lone goal. The Hurricanes will be Galchenyuk’s sixth team in four seasons.

In 2017-18, following a 19 goal, 51 point season with Montreal, the Canadiens traded Galchenyuk to the Arizona Coyotes in exchange for Max Domi. Galchenyuk didn’t last long in the desert; he played just one season there before being traded to Pittsburgh in the Phil Kessel deal. He suited up for 45 games with the Penguins, but was traded as a part of the Jason Zucker deal with the Minnesota Wild. In 139 games since being traded from Montreal, Galchenyuk has 28 goals, 38 assists, and 66 points. Similar to Ottawa, Carolina is hoping the 27 year old can regain his offensive touch.

Paquette was acquired by Ottawa alongside defenseman Brayden Coburn and a second round pick as part of a cap dump for the Tampa Bay Lightning, who took on Marian Gaborik’s Long Term Injured Reserve contract. The 27 year old Quebec native has also been a healthy scratch at times this season for the Senators, but can be a reliable fourth line center. In 9 games this season, Paquette has one goal; in 2019-20, he put up 7 goals and 18 points in 61 games for Tampa Bay.