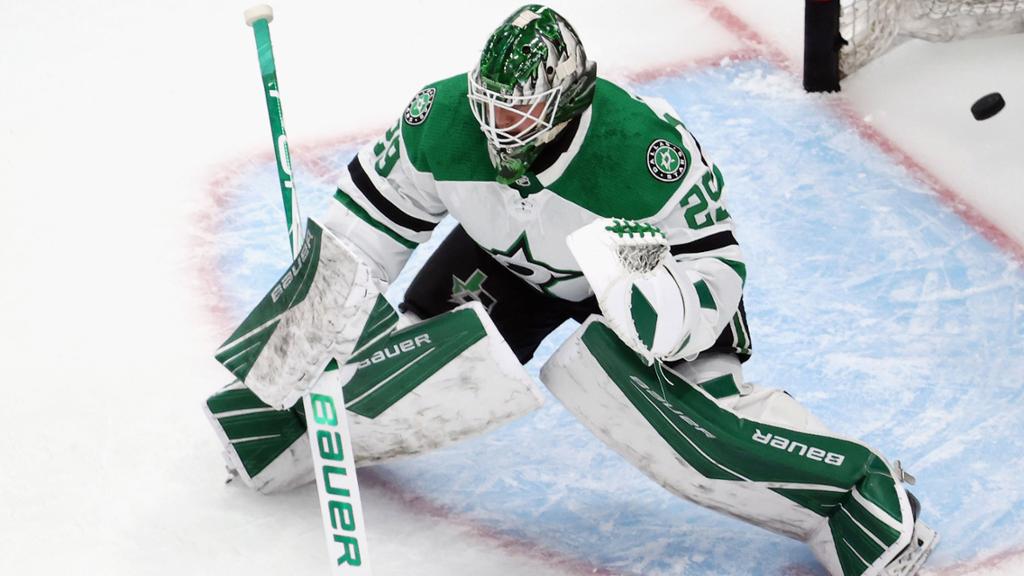 While the 1st round matchup of Calgary against Dallas wasn’t the most thrilling of the first round. It set a stage for the entire hockey community to get a taste of Dallas goaltender Jake Oettinger.

The Lakeville, Minnesota native almost took a Stars team that probably shouldn’t have been a playoff team, to almost beating the heavily favored Calgary Flames. Just a single bounce going the other way in game seven overtime results in Dallas winning the series. NHL fans were thrust into “Otter-Mania” as he single handedly stole the show.

But who is Jake Oettinger? He’s been thrown into the spotlight so quickly fans may struggle to keep up.

Jake is a product of the USA Hockey National Team Development Program. He spent two seasons with the program. Posting a .907 and a .919 respectively. He then committed to Boston University to play for the Terriers. After his freshman season he was drafted 26th overall in the 2017 draft by the Dallas Stars, being the first goalie taken in the draft.

Jake had an outstanding collegiate career, playing three seasons. He posted a very respectable .923 save percentage and a 2.34 GAA. He was also the tournament MVP when he helped the Boston Terriers win the 2018 Big East title.

After his final college season he got a few games at the end of the season for the AHL’s Texas Stars. He wouldn’t make his NHL debut until September 8th, 2020. He came in relief for the injured Anton Khudobin in the third period of game two of the Western Conference Final. Oettinger then spent the 2020-21 season as a backup for Khudobin as Ben Bishop was unable to play. Making 24 starts and by the end of the season he was slowly becoming the team’s starter, he has a .911 save percentage.

He began his 2021-22 campaign back down in Austin with the Texas Stars. Only playing ten games before getting another call up. To being the season the Dallas net was plagued with injuries, and it was time for it to be Oettingers net full time. He went 30-15-1 and had a .914 save percentage. Oettinger’s success was a main reason the Stars qualified for the playoffs.

Oettinger and the Stars bought a ticket against Calgary for the first round of the 2022 playoffs. Calgary had an extremely potent offense all season. But Oettinger immediately put a stop to it. He had an unbelievable .954 save percentage in the series. He also only allowed 1.81 goals a game. Game seven however is where it showed the most.

The Flames had double the shots and double the attempts that the Stars had. Yet Oettinger led the team to Overtime. Despite an outstanding performance there as well, the Flames got the best of them. An awkward angle shot from Johnny Gaudreau won the series for Calgary. Oettinger later said this was only scratching the surface of what he’s capable of.

Oettinger is a restricted free agent this offseason. I fully expect the kid to get paid, he’s proven he’s capable of being a great starter in this league, and a great playoff performer as well. A small sample size may make it seem like a risk. But it’s 100% a risk worth taking on the kid who’s still only 23.