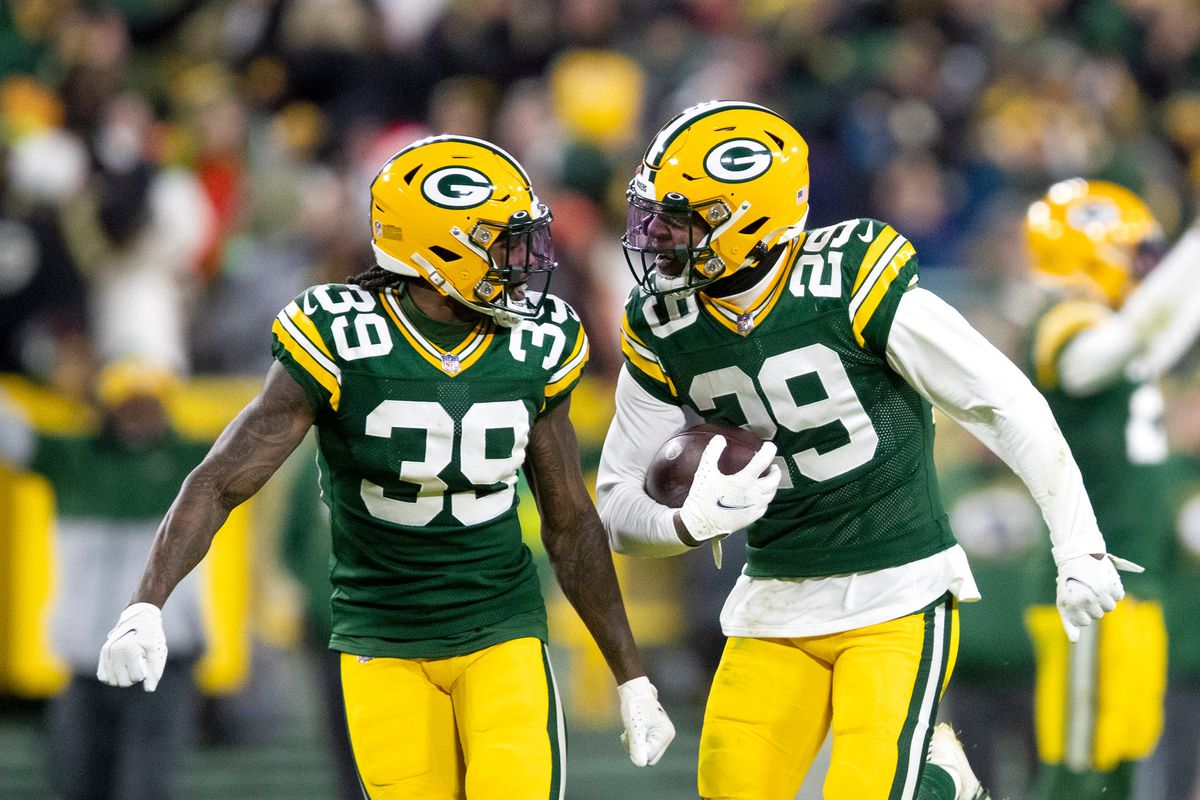 The Green Bay Packers wide receiver room will look a lot different in 2022, but I think we need to simmer expectations. The obvious reason for that is that the team shipped off their star receiver, Davante Adams. The player everyone seems to think will replace him is the second-round rookie, Christian Watson. I think it might be time to simmer down the expectations for the young rookie wide receiver.

Sure, Aaron Rodgers is back in town and there are a ton of available targets now with Adams gone, but he still is a rookie. I know most people will expect a monster year from Watson because nowadays, rookie receivers are going nuts right away. We are accustomed to seeing this, but out of pro-ready guys thrown into the number one receiver role and targeted early and often in their rookie campaign. Watson is a raw receiver that has an elite athletic profile, but he is not just transitioning from college to the pros, but he was playing at the FCS level against no NFL talent. This will be a massive leap for Watson to make.

The history of receivers in their early years with Aaron Rodgers have not been quite as great as people might think. Jordy Nelson didn’t surpass 600 yards in his first three seasons. Randall Cobb had just 375 yards receiving as a rookie. Even Adams didn’t reach 500 yards his first two seasons with the Packers. None of these receivers were in similar situations as rookies, so it may not be a fair comparison, but it is still something to note. Rodgers likes to have trust in his receivers, and once he does, they start to produce at extremely high levels. It sure is possible that Watson gains his trust faster than usual, but I still believe the expectations should be simmered.

Who Steps Up For The Packers?

The Packers receiving core might not be loaded, but it is deep, and it is young. There are plenty of names that can emerge and eat up targets. For starters, I think Rodgers has shown more and more trust in Allen Lazard. I believe he’ll have a breakout this season and be their most targeted receiver. Cobb will remain their slot receiver. Sammy Watkins should be good for his 30-40 yards per game. Now we get into the younger guys. I think Amari Rodgers is a better bet to break out than Watson is. He is reportedly in the best shape of his life, and has looked rejuvenated in OTA’s. I am sure Watson can outplay guys like fellow rookies Romeo Doubs and Samori Toure, but even Doubs has a chance to carve out his own role in the offense. There are a lot of options on this Packers offense, but it is a lot of speculation.

All in all, I believe the Packers receiving core will shake itself out. The way it shakes out is up in the air, and as I mentioned, I believe Lazard will have his career year and surpass 1,000 yards. Cobb probably finishes around 700 yards; Amari Rodgers and Watson both around 600; Watkins around 450; and the rest coming from the tight ends and a couple of bottom of the depth chart receivers.