Paige Bueckers is Must Watch During the Tournament 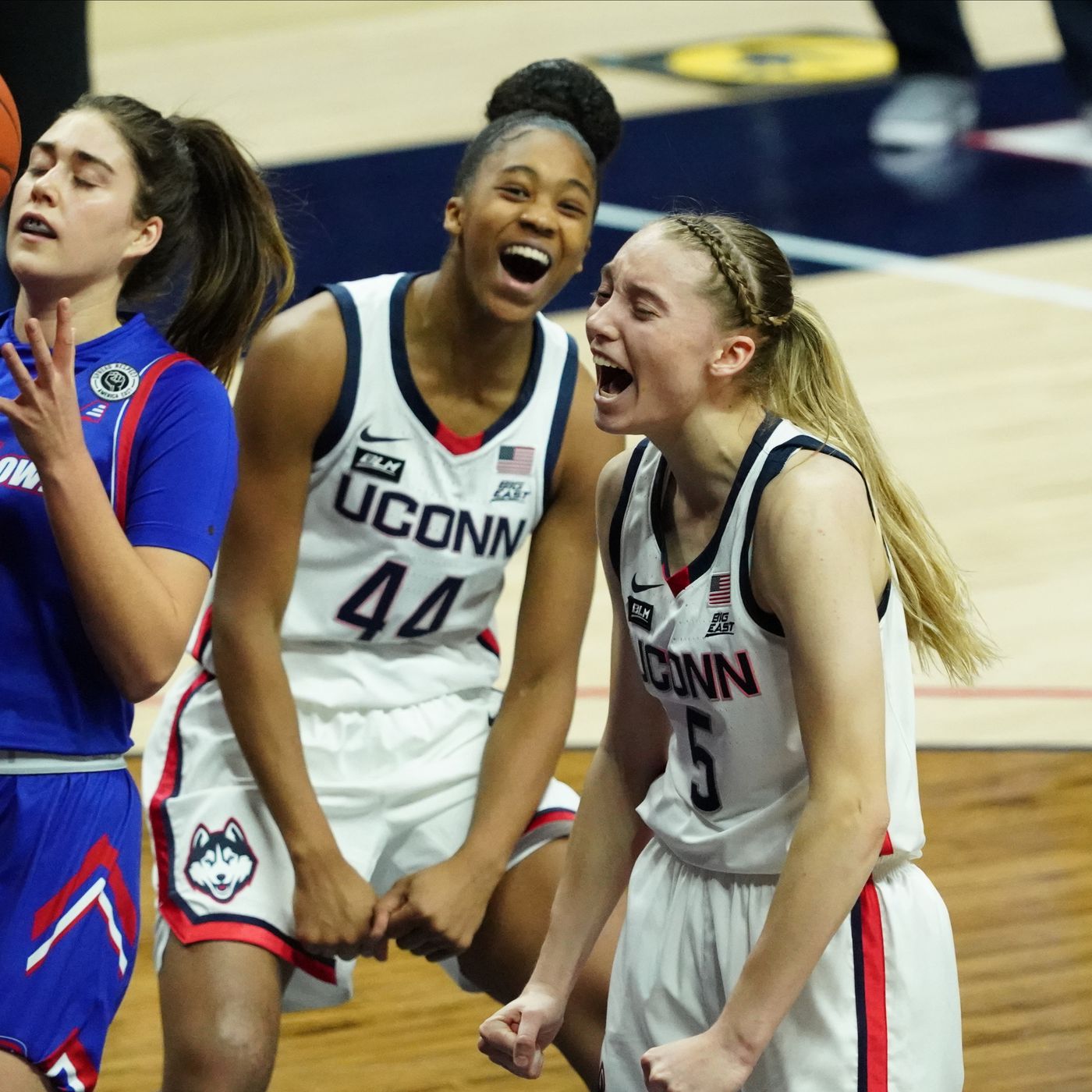 Not the Average Freshman

The freshman averaged 19.8 points, 6.2 assists, 4.6 rebounds and 2.4 steals a game in the regular season. In addition to leading the Huskies in scoring, she is also leading them in minutes per game at 35.8. Bueckers has made a name for herself not just for her skill on the court but also her toughness. After twisting her ankle in a rivalry game against Tennessee, she continued playing and scored every single point for the Husky in an overtime win.

Her shooting is top notch for anyone in either men’s or women’s college basketball. Bueckers shot 54% from the field and 47% from behind the arc for the season. In addition to her high shooting percentage, Bueckers can score at all three levels of the game. She has the ability to hit from deep, speed and craftiness to get to the basket and the mid range to keep her defender guessing at all times. Another asset to Paige’s game is her vision. She especially thrives in the open court, being able to find her cutters or open shooters with the simple bounce pass or dump off.

As of now Paige is one of the best players to play under Geno Auriemma, however it all comes down to what she does in the NCAA Tournament. But before we get there, Bueckers took care of business in the Big East tournament averaging 19.3 points, 5 assists, 4.6 rebounds, 1.7 steals and 1 block. Bueckers’ accolades in her freshman year matches up with some of the best to ever do it. She won the Big East Player of the Year and Freshman of the Year this season, the only other player to do that was Maya Moore.

With seven freshman on the team and no seniors this season, Bueckers’ will be looked upon to lead UCONN again. She has the trust from Coach Auriemma to get the job done and many believe she will. Although Auriemma won’t be with the girls in the first round due to contracting Covid, Bueckers’ should be fine. We will have to wait and see how Bueckers’ legacy will be in this upcoming tournament.