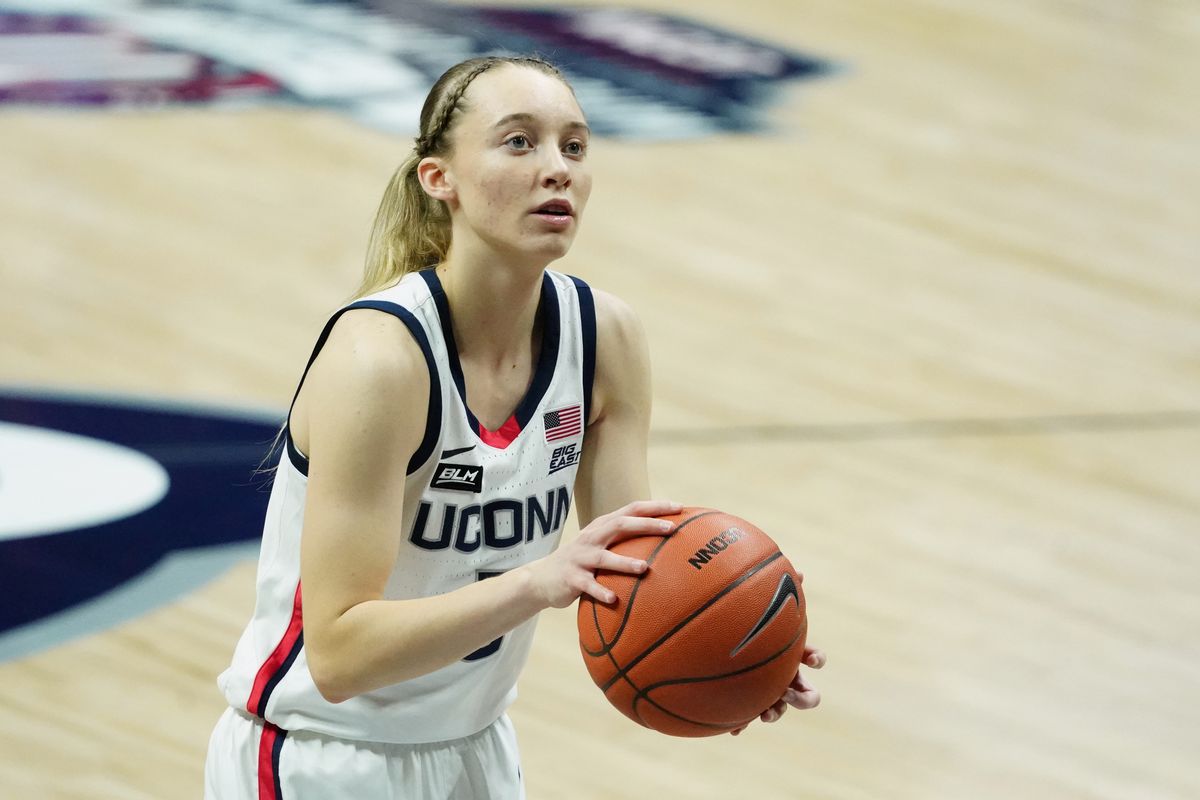 History was made Wednesday morning as UConn guard Paige Bueckers became the first freshmen to win the Associated Press’ Women’s Players of the Year award. Coming out of high school, she had lofty expectation put on her and as of now she has delivered. After defeating Baylor in a tough matchup Monday, she helped lead UConn to it’s 13th straight Final Four appearance.

“You know I love you guys and none of this would be possible without you guys and coach,” said Bueckers, before being succumbed to her emotions. Once she was able to collect herself, she simply said “Just Thank You”. Doing anything to avoid getting emotional again.

Not Your Average Freshman

Paige was much deserving of this award for multiple reasons. As stated earlier, coming into UConn this year she had a target on her back from the jump. She joined the college basketball elite and did not shy away at all in the bright lights. Most notably, she also won Big East Freshman of the Year and Big East Player of the Year. Not to mention that this Huskies’ team had no seniors on the roster but rather seven freshman. Her leadership blossomed and was able to help lead the Huskies to a 28-1 record so far.

No. 1 seed UConn will square off against No. 3 seed Arizona in the second semifinal, at 6:30 p.m. PT Friday. Should the Huskies win the tournament, her legacy at UConn will forever be cemented with the likes of Maya Moore, Diana Taurasi, Sue Bird, Rebecca Lobo, Breanna Stewart and list goes on.

The Man to Man Podcast Episode XVIII: Tirades & Bye-Bye Sam Darnold!
Looking For Something To Follow After March Madness? Welcome to The World of FCS Football