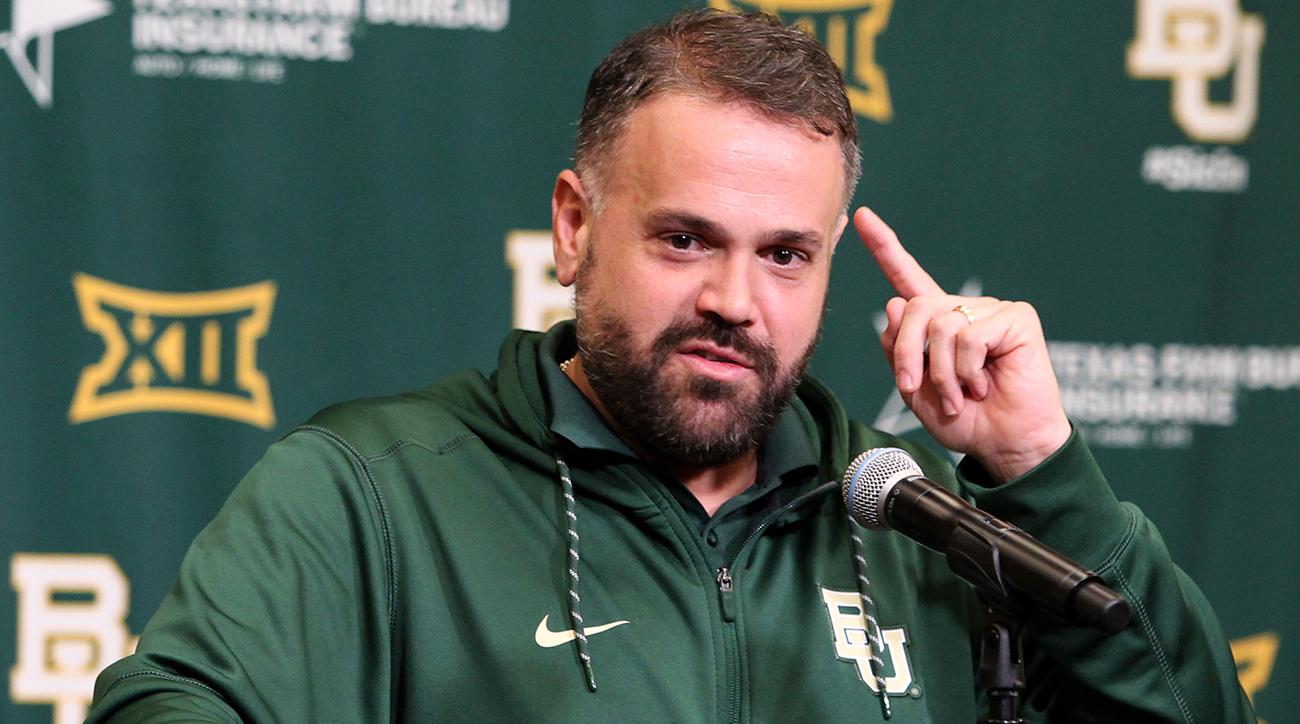 Many had drawn connections between Rhule and his home-state New York Giants, where he spent a year as an offensive line coach in 2012, but the Giants couldn’t get him in their building before he accepted the Panthers offer.

Now that the dust has settled with the Giants, Cowboys, Redskins, and Panthers all signing coaches, where does Rhule rank among the other hirings.

Rhule spent his first four years of head coaching at Temple, finishing with a record of 28-23 (.549). At Baylor, he had a worse win percentage over three years (.487), but managed to keep his college career win percentage barely above .500 (.522).

Of the coaches hired since the end of the regular season, Rhule has the lowest career winning percentage and the least NFL coaching experience.

Most college coaches have struggle to jump straight into a NFL head coaching position. Matt Rhule helped turn Temple around and took Baylor from 1-11 in his first year to 11-3 in his third, but even coaches with far less college success have been unable to put together winning seasons in the big leagues.

The Carolina Panthers appear to be one of the leagues hardest teams to rebuild. Amidst trade rumors surrounding Cam Newton, Rhule is tasked with handling this quarterback controversy, as well as putting together the pieces on the 22nd ranked defense. To make things more difficult, the Panthers were unable to secure a top five pick in the upcoming draft, leaving them to watch their former head coach pick up Chase Young (DE) in Washington D.C.

Matt Rhule has turned around college teams but now enters a far more daunting arena. Thankfully, Rhule has a centerpiece to build around in Christian McCaffrey, who was a serious MVP candidate before Lamar Jackson cemented the title.

As difficult as Matt Rhule’s new responsibilities may be, it appears that he still has it better than Ron Rivera with the Redskins. The Panthers have a better base roster and a more competent owner than the Redskins. Although the official schedules haven’t been released, the Panthers will play the Redskins during the 2020 regular season. Hopefully we get a late season matchup to compare Matt Rhule’s Panthers to the Rivera-led Redskins.

I believe that Matt Rhule has the potential to turn the Panthers around, but I don’t see this happening within the 2020 season.

Betances’ Bounce Back & Addressing the Gaping Hole; AKA Third Base for the Mets.
Breaking Down the Four Remaining Super Bowl Contenders