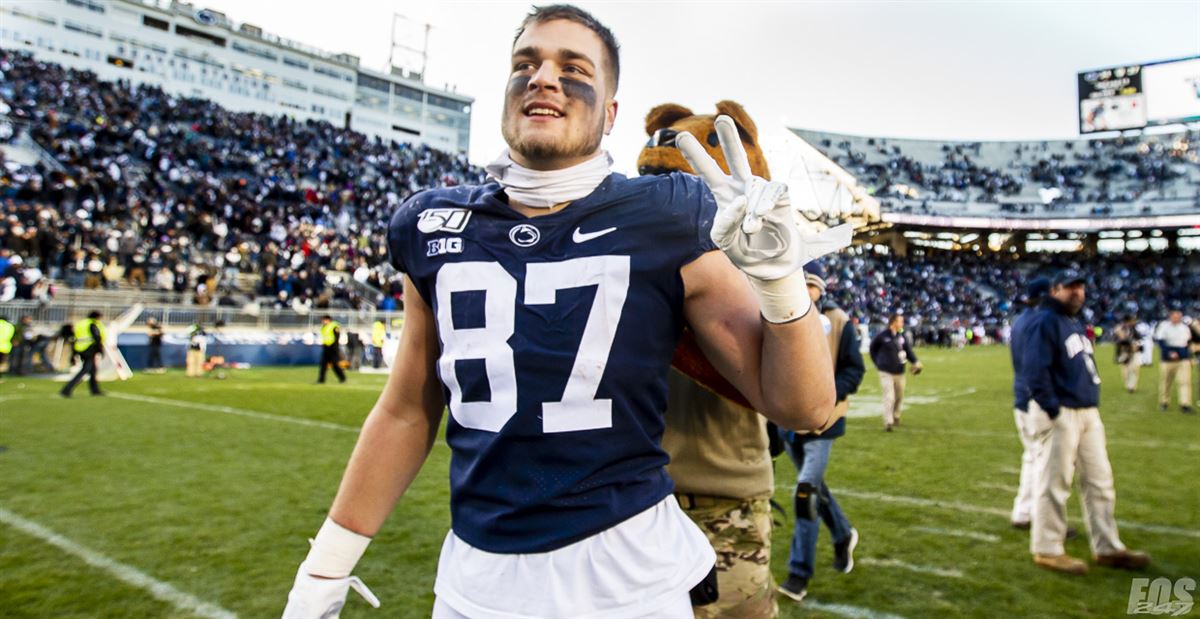 Leading up to the 2021 NFL Draft, Back Sports Page will release scouting reports on the NCAA’s top prospects. This edition: Pat Freiermuth.

And 6’5″ and 258 pounds, Pat Freiermuth certainly has the size to be an NFL-level TE. In addition to his frame, Freiermuth displays a fantastic ability to sell routes and breakaway from the line of scrimmage, averaging 12.9 yards per reception over his three years in the Big Ten.

As a true freshman, Freiermuth replaced the void left by former-Penn State TE Mike Gesicki quickly and efficiently, recording 28 receptions for 368 yards and eight touchdowns. He then had a breakout year his sophomore campaign, recording an impressive 43 receptions for 507 yards and seven touchdowns, earning him Second-Team All-Big Ten honors.

In his final season at Penn State, the 22-year old tallied 23 receptions for 310 yards and one touchdown, as his season was shortened with the Nittany Lions due to injury. Despite the brief season, Freiermuth still notched a First-Team All-Big Ten nomination. He also recorded a wild 74-yard catch that lead to a touchdown in Penn State’s fourth game of the 2020 season.

While Freiermuth is not the most explosive TE in this year’s draft, and while he doesn’t possess vertical ability like Florida TE Kyle Pitts, he is still foundationally solid in most of the categories NFL teams look for in a TE. The biggest flaw in Freiermuth’s game is his blocking ability, which was never truly displayed at Penn State.

While his lack of blocking ability may hinder him from being an “all-around” TE, many teams will find Pat Freiermuth the perfect piece for offenses that like to utilize their TEs as additional receivers. With his size and toughness, Freiermuth is a matchup nightmare for linebackers and safeties responsible for covering the middle of the field, and will benefit from a spread offense.

If he can improve his blocking, Pat Freiermuth might become one of the most well-rounded college TEs to head into a draft in years. Even without improvement, Freiermuth will be a favorited pick for teams in need of a large and dependable target, and for offenses that aren’t in need of blocking support. It will be a surprise if the Penn State product slips to the second round of the 2021 NFL Draft.

Pros: NFL-level size, strong hands, physical at and after the catch