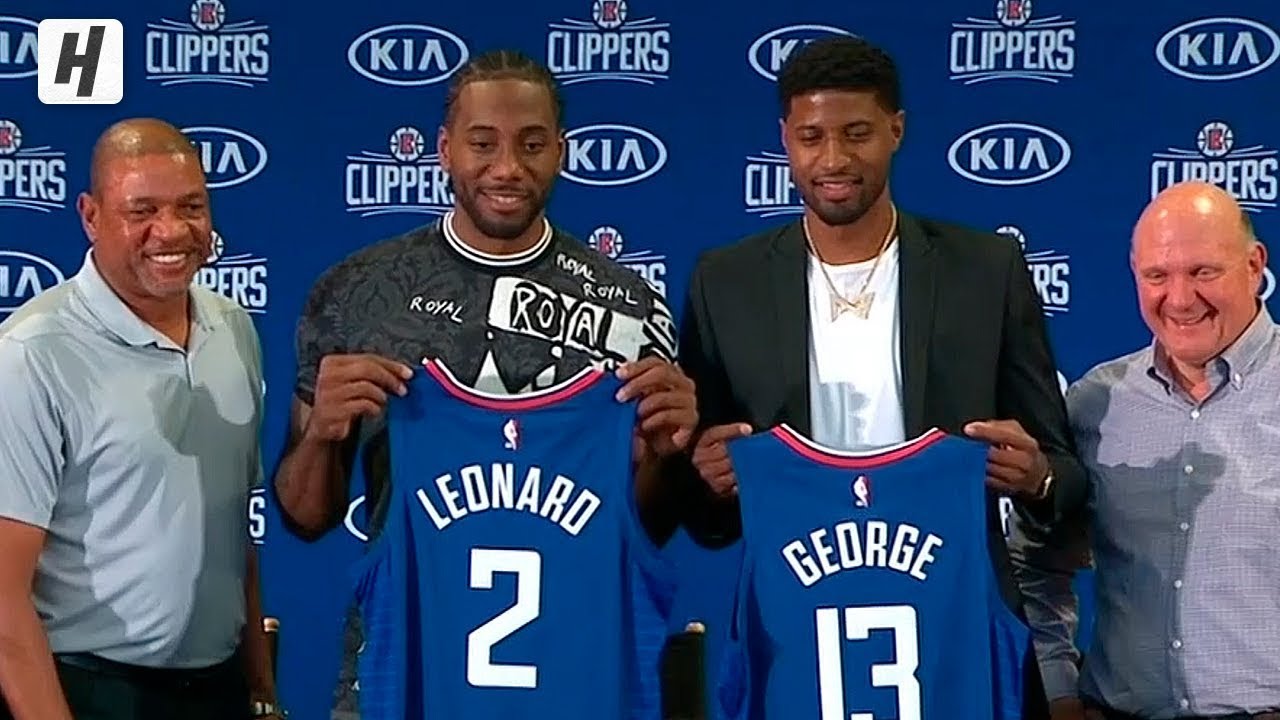 Title Hopes: The Los Angeles Clippers, as of now, are the odds-on-favorite to win it all this upcoming season, and rightly so. Anything short of an NBA title this upcoming year would be deemed a failure by the organization. The amount of assets the Los Angeles Clippers gave away to acquire Paul George signals that they are all in to win now. Kawhi Leonard is coming off one of the greatest individual playoff runs of all time, Paul George was third in MVP voting last year and the rest of the team is coming off a season where they vastly defied expectations. Doc Rivers is also one of the best coaches in the league (2nd in Coach of the Year voting), as evidenced by the team’s success last year without a single All-Star on the team.

The Tragic Flaw: Injuries could be a potential roadblock for the Los Angeles Clippers in their quest to hoist the Larry O’Brien next year. Paul George had off-season surgery to repair a small labrum tear in his left shoulder and only time will tell when he’s back to full strength. Kawhi Leonard was hampered all playoffs by a “leg” injury – a mixture of an ankle tweak, pulled hamstring and a strained quad. Despite the injury, he played all 24 playoff games averaging 39 minutes per game. Kawhi only played in 60 regular season games last year, missing many due to load management, and will most likely play around the same amount this year. If the Clippers lose either superstar to injury it vastly hurts their title chances, especially in the far superior Western Conference. Here’s hoping the two stay healthy all year, because if they do, the sky’s the limit for this team.

Walker Clegg is based in Los Angeles and covers the LA Lakers and LA Clippers for BackSportsPage.com.