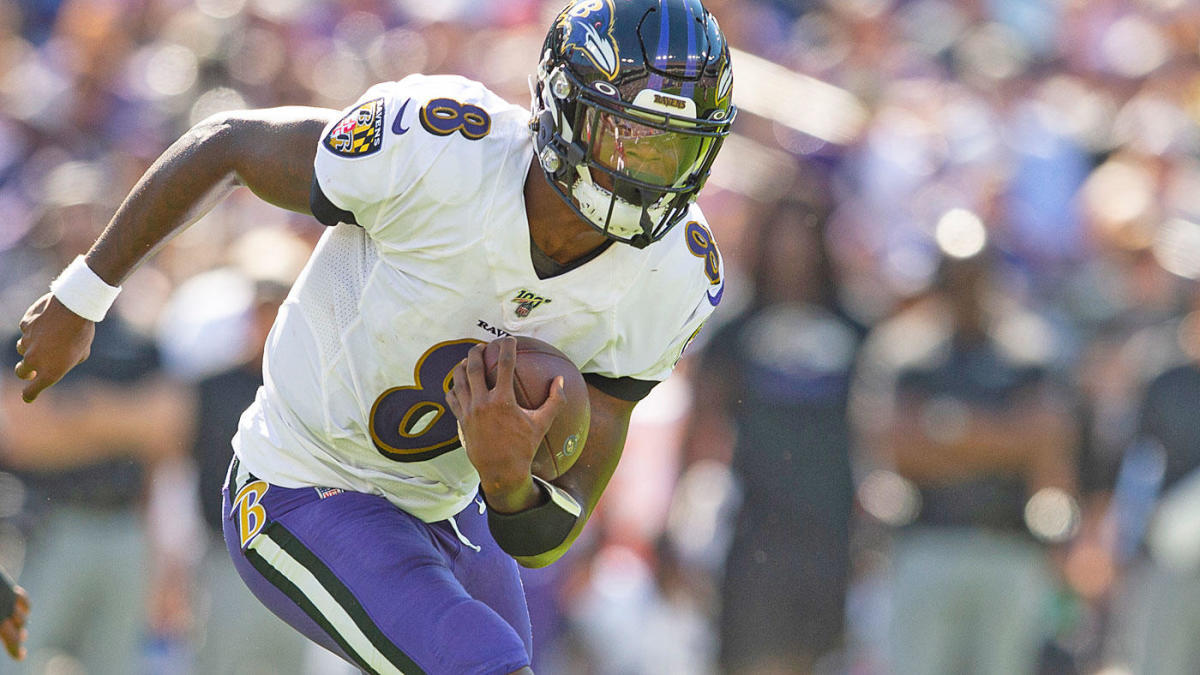 Last Season: The Baltimore Ravens finished last season with a record of 10-6, they also reached the playoffs for the first time since the 2014 NFL season. They eventually fell short in their Wild Card game against the Los Angeles Chargers, losing by a score of 23-17. Last season was a tale of two halves for the Ravens. In a lot of ways, including the win-loss record, the Ravens’ season mirrored their quarterback competition.

The organization drafted QB Lamar Jackson, former Heisman Trophy winner, with the last pick in the first round in the 2018 NFL Draft. QB Joe Flacco, former Super Bowl MVP, was not too thrilled with that draft selection, because it was a message to him that his time as a Raven would be coming to an end soon. The Ravens started the year off slow with Flacco as their QB. They had a record of 4-5 going into their bye week. Unfortunately for Flacco, he suffered a hip injury against the Pittsburgh Steelers before the bye week. Jackson replaced the injured Flacco and lead the team to a 6-1 record in the second half of their season. The Ravens tailored their offense to compliment Jackson’s skillset. From that point on their offense ran all over opposing defenses and Jackson ran away with the victory in the QB competition, literally. He rushed for 695-yards, five-rushing touchdowns; and passed for 1,201-yards, and six-passing touchdowns.

Transactions: The biggest move that the Ravens made this offseason was trading Flacco to the Denver Broncos for a 2019 fourth-round draft pick (113th overall). They also made a major upgrade at the RB position by signing Mark Ingram II and releasing Alex Collins. The team addressed the WR position in the draft by drafting the speedy playmaker Marquise “Hollywood” Brown and Miles Boykin. The main reason they had to focus on the WR position in the draft is because the loss of John Brown in free agency and waived Michael Crabtree.  The Ravens also lost three ultimate leaders on the defensive side; S Eric Weddle, LB C.J. Mosely, and OLB Terrell Suggs, that most people believed would retire with the team. As a response to losing these players the team signed OLB Pernell McPhee and, former “Legion of Boom” member, S Earl Thomas to sure up the back end of their defense.

Title Hopes: The Ravens are looking to build upon their 2018 performance and make a deep playoff push this season, despite the current roster being pretty different from last year’s roster.  The organization is all in on Jackson, which is shown by giving him a running mate in the backfield, Ingram, and drafting multiple receivers in the draft. Jackson has returned their trust by jumping out to a fast start this season. Through two games he has thrown for 596-yards, seven-touchdowns, a completion rate of 71.9%, and a QBR of 89.5. Jackson’s numbers are impressive because he has yet to use his best attribute to its full potential, which is his rushing ability, only rushing for 126-yards and zero-touchdowns.

Tragic Flaw: The biggest question that surround the Ravens is: Can Jackson continue to play at this MVP caliber level throughout the rest of the season? If Jackson can continue to show opposing defenses that he can throw the ball at an elite level, there is no way that their offense can be stopped. If defenses choose to stack the box, Jackson can shred them in the passing game. If defenses choose to defend the pass, Jackson and the Ravens’ running game will trample all over the defense. The Ravens also have questions surrounding their defense, because they lost multiple leaders and Pro Bowlers on the defensive side of the ball. Can their new look defense prove that they should still be feared like they historically are?