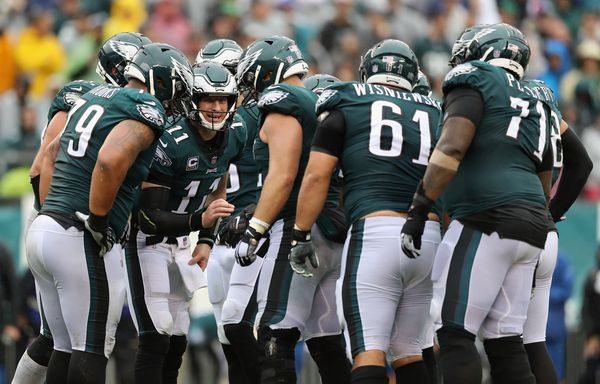 Last Season: The Philadelphia Eagles finished the 2018 season with a record of 9-7 to end in second place in the NFC East. They were coming off defeating the New England Patriots in the Super Bowl for the first time in their history. They would attempt to defend their Super Bowl title, but started the season slow at 4-6, before winning five of their last six games to advance to the playoffs. They managed to sneak into the playoffs as the sixth seed, upsetting the third-seeded Chicago Bears in the Wild-Card round before narrowly losing 20-14 to the top-seeded New Orleans Saints.

Transactions: The Eagles have very few holes to fill, so they had very little activity in free agency. However, they did manage to make some impact moves. They signed defensive tackle Malik Jackson to add depth to their defensive line. Among other moves, they also signed defensive backs Jonathan Cyprien and Orlando Scandrick to help bolster the secondary. They used their first round pick on offensive tackle Andre Dillard to replace future hall of famer Jason Peters on the offensive line. They drafted running back Miles Sanders in the second round and receiver JJ-Arcega Whiteside. They also traded a sixth round pick to the Tampa Bay Buccaneers to acquire deep threat receiver Desean Jackson, and they hope to be more explosive on offense.

Title Hopes: The Eagles have one of the most complete rosters in the NFL. They have arguably the best offensive and defensive lines in all of football. They have one of the best general managers in Howie Roseman, who has drafted well and made smart moves throughout his tenure. They have a solid head coach in Doug Pederson; he won the Super Bowl in just his second season, and he’s had success with this team so far. They have a young Pro Bowl quarterback in Carson Wentz, and whenever he’s upright, he gives them a chance to win any given Sunday.

Tragic Flaw: There are some real concerns with this team. First and foremost, Carson Wentz has had multiple injuries that have derailed his career to this point. This offense, and the success of this team, hinges on his health. This offense also seems very limited. In theory, it should consistently be among the best offenses in the league. They have one of the best tight ends in football in Zach Ertz, as well as receivers Alshon Jeffrey and Desean Jackson. Yet they’ve been inconsistent to this point, and perhaps a change-up in the system might be in order. The defensive seconday is also an issue, and easily the weakest part of this roster. So far, that’s been a glaring issue, and if they can address these issues, they’ll have a real chance to come out of the NFC.

The End of an Era, Start of a New One
Big Blue Report: Giants-Bucs Friday Notes