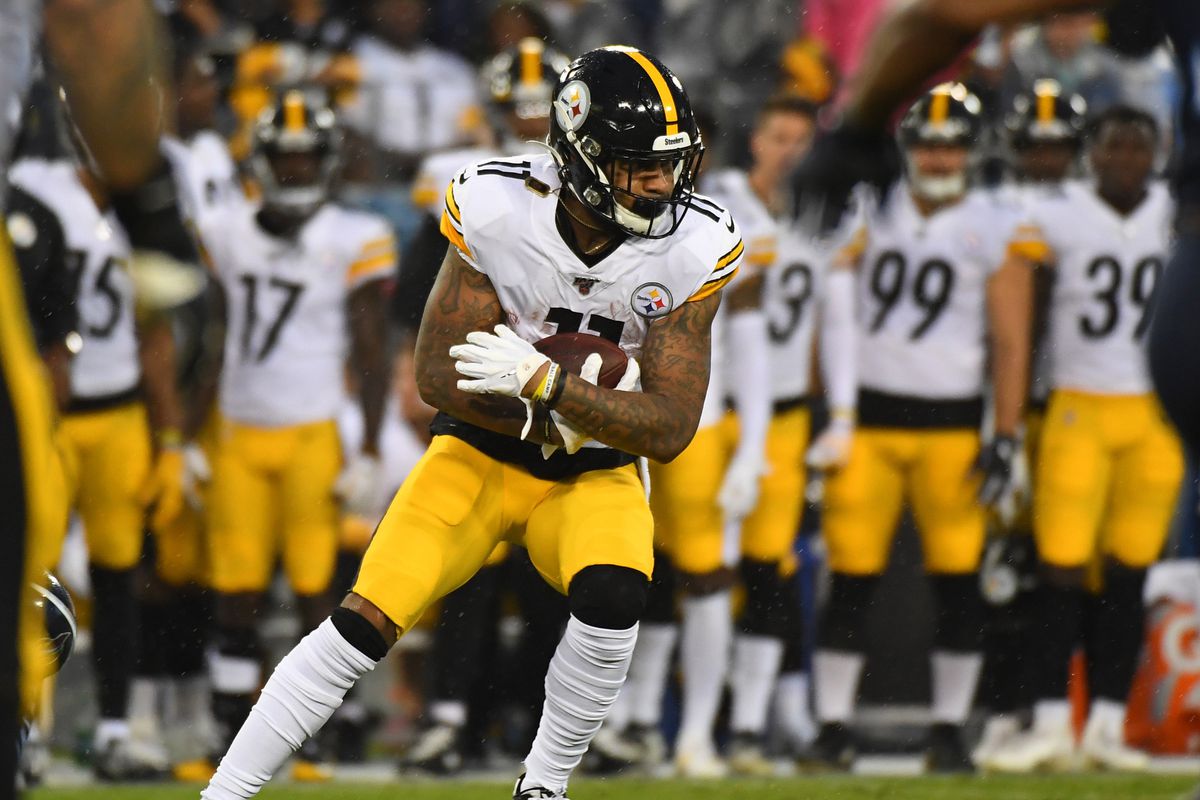 Last Season: The Pittsburgh Steelers had a disappointing 2018 NFL season.  They finished second in the AFC North (9-6-1), and failed to make the playoffs for the first time since the 2013 season. The Steelers’ season was plagued with drama and distractions. The news surrounding the team was more focused on locker room drama than it was about football, starting with the contract  holdout of RB Le’veon Bell. The Bell holdout dominated NFL headlines from the offseason all the way to the end of the regular season. In the end Bell forfeited the entire 2018 season and $14.5 million due to his holdout. Not only did head coach Mike Tomlin and the Steelers have to deal with playing the year without one of the best RBs in the NFL, but their star WR Antonio Brown was also throwing temper tantrums that played out in the media seemingly every week towards the end of the season. The Brown situation boiled over to the point where he was benched for the final game against the Cincinnati Bengals and was eventually traded in the offseason to the Oakland Raiders.

Transactions: The Steelers lost their two best players in the offseason; RB Le’veon Bell signed with New York Jets (four-year $52.5 million) and WR Antonio Brown was traded from the Steelers to Raiders, but is now a New England Patriot. They acquired a third and fifth-round draft pick in the 2019 NFL Draft via Antonio Brown trade with the Raiders. The Steelers addressed the hole that Brown left at WR by signing Donte Moncrief to a two-year deal, and drafting Diantae Johnson in the third-round of the draft. They also added some RB depth by drafting Benny Snell Jr. in the fourth round.

The Steelers’ main objective in the offseason was to get younger and faster on the defensive end of the ball. They drafted the outstanding LB Devin Bush from Michigan and signed LB Mark Barron to fill in the role that Ryan Shazier provided before injury. They also drafted CB Justin Layne and DE Isaih Buggs.

Title Hopes: Head coach Tomlin and the Steelers’ front office believe that losing Bell and Brown will prove to be an addition by subtraction situation. The truth of the matter is, RB James Conner and WR JuJu Smith-Schuster are going to have to step up if the Steelers are going to make a playoff push. JuJu and Conner should be up to the task based on their performances last season. Conner weathered the storm of Bell’s absence by having Bell-like production last season. He rushed for 973-yards and12-touchdowns, and recorded 497- receiving yards and one-receiving touchdown. Due to his performance he was selected to the Pro Bowl last season. JuJu also had WR-1 production last season while Brown was on the team. He recorded 111-receptions, 1426-receiving yards, and seven-touchdowns. JuJu’s performance was enough to earn him a Pro Bowl selection and to be voted team MVP by his teammates.

The Tragic Flaw: The Steelers’ tragic flaw has been their defense for the past several years. Their defense has been lacking something from the moment defensive stalwart Shazeir suffered his horrific injury. Rookie LB Bush hopes to provide the Steelers defense the leader they desperately need. The biggest question that concerns Steelers Nation is: Will the Steelers be able to overcome the loss of their two best players, Brown and Bell, in their pursuit of a playoff berth this season? The Steelers will go as far as Conner and JuJu take them.