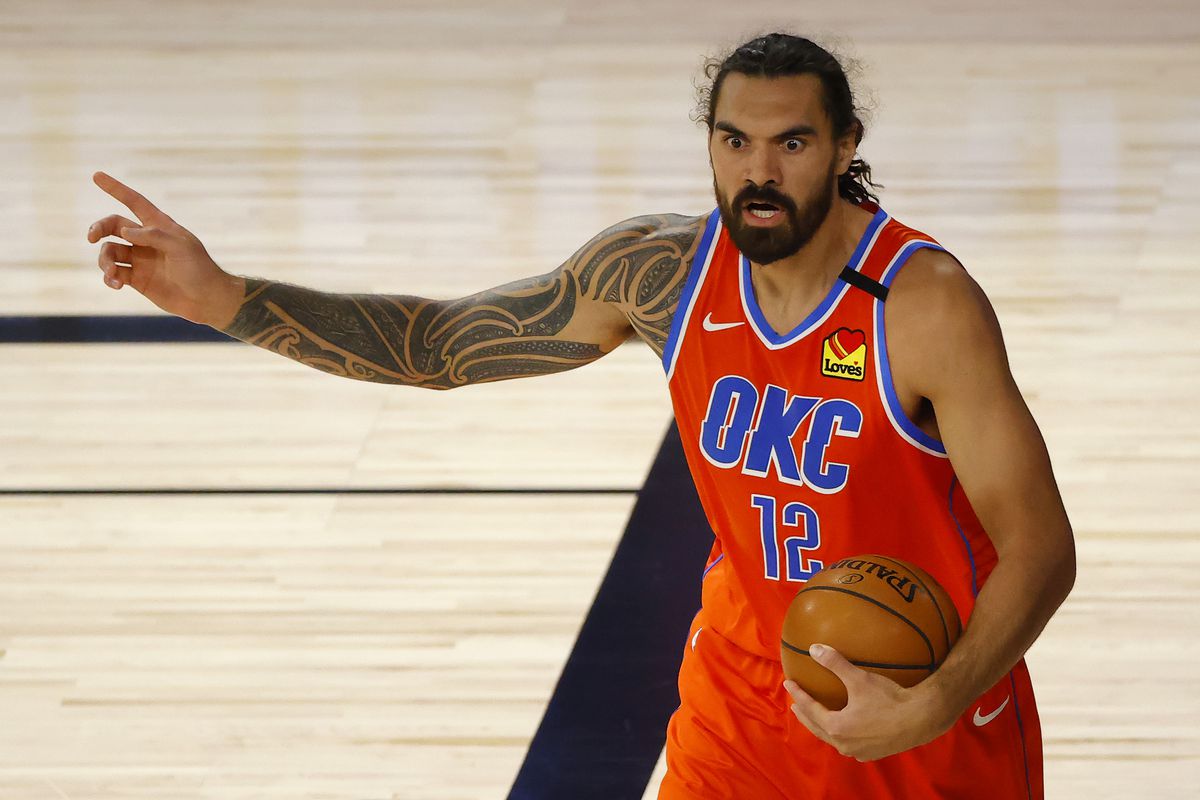 The New Orleans Pelicans announced today that the team has completed a four-team trade with the Denver Nuggets, Milwaukee Bucks, and Oklahoma City Thunder. The Pelicans have acquired Steven Adams (via Oklahoma City) and Eric Bledsoe (via Milwaukee), as well as two future first round draft picks from Milwaukee and the right to swap two additional future first round picks with the Bucks. In exchange, Milwaukee has acquired Jrue Holiday and the draft rights to Sam Merrill, the 60th pick in the 2020 NBA Draft (via New Orleans); Denver has acquired the draft rights to R.J. Hampton, the 24th overall pick in the 2020 NBA Draft (via Milwaukee); and Oklahoma City has acquired a future first round draft pick (via Denver), George Hill (via Milwaukee), Zylan Cheatham, Josh Gray, Darius Miller and Kenrich Williams (via New Orleans) as well as two second round draft picks from the Pelicans (2023 via Washington, 2024 via Charlotte).

“Jrue Holiday’s contributions to New Orleans and the Gulf Coast region, both on and off the floor, serve as shining examples to everyone in our Pelicans family,” stated Pelicans Executive Vice President of Basketball Operations David Griffin. “They are a statement of what we want to represent and, frankly, what we have to live up to moving forward. He and his wife Lauren have worked tirelessly to affect the quality of life of those around them and we are honored to have been a part of their journey. We are also thankful for the positive impact that Darius, Kenrich, Josh and Zylan have had on our organization and we wish them nothing but success in their future efforts.”

Adams, 7-0, 265, has spent his entire seven-year career in Oklahoma City, appearing in 530 career regular season games with the Thunder, holding career averages of 9.8 points on .589 shooting from the field, 7.6 rebounds, 1.2 assists, 0.9 steals and 1.0 blocks. The New Zealand native appeared in 63 games in 2019-20, averaging 10.9 points on .592 shooting from the floor, 9.3 rebounds, 2.3 assists and 1.1 blocks. Selected 12th overall out of the University of Pittsburgh in the 2013 NBA Draft, Adams ranks fifth all-time in OKC/Seattle franchise history in blocks (531) and first in field goal percentage.

Bledsoe, 6-1, 214, appeared in 61 regular season games for Milwaukee last season, averaging 14.9 points, 4.6 rebounds, 5.4 assists and 0.9 steals. Selected 18th overall out of the University of Kentucky in the 2010 NBA Draft, Bledsoe has appeared in 631 career regular season games with the LA Clippers, Phoenix and Milwaukee, holding averages of 14.2 points, 4.0 rebounds, 4.8 assists and 1.4 steals. The Birmingham, Alabama native is coming off back-to-back seasons with NBA All-Defensive Team honors after being named to the First Team in 2019 and Second Team in 2020.

“Steven Adams and Eric Bledsoe are not only fiercely competitive and driven to succeed at the highest levels, they are proven winners with a team-first mentality,” Griffin added. “As we continue to build towards the sustainable success our ownership demands and our fans so richly deserve, we are grateful to be able to do so with such high-quality teammates and human beings.”

Holiday, who was originally acquired by New Orleans in 2013, has appeared in 415 regular season games in a Pelicans uniform, averaging 17.6 points, 4.2 rebounds, 6.8 assists and 1.5 steals over the last seven seasons. Holiday leaves the franchise ranked fourth all-time in games played (415), minutes (13,913), and points (7,321), third in steals (638), second in assists (2,833) and the leader in three-point field goals made (628). While in New Orleans, Holiday helped lead the Pelicans to two playoff appearances in 2015 and 2018, was named to the NBA All-Defensive First Team in 2018 and Second Team in 2019, and was the recipient of the Twyman-Stokes Teammate of the Year Award this past season.

Cheatham, 6-5, 220, spent his rookie season as a two-way player for New Orleans after going undrafted out of Arizona State in 2019, appearing in four games with the Pelicans. Cheatham played in 34 games for the Erie BayHawks of the NBA G League last season, averaging 16.3 points on .530 shooting from the field, 11.9 rebounds, 2.5 assists and 1.0 steals.

Gray, 6-0, 180, was a two-way player for New Orleans last season, appearing in two games with the Pelicans. The LSU product appeared in 37 games with the Erie BayHawks of the NBA G League, averaging 22.5 points, 5.3 rebounds, 6.9 assists and 2.3 steals.

Miller, 6-6, 225, missed the 2019-20 season after recovering from a ruptured right Achilles tendon. The University of Kentucky product has appeared in 253 career regular season games, all with New Orleans, holding averages of 6.0 points, 1.7 rebounds and 1.4 assists. In 2018-19, Miller appeared in 69 games, posting averages of 8.2 points (career-high), 1.9 rebounds and 2.1 assists. In addition to his NBA experience, Miller has also played overseas in Germany, where he won three consecutive German League championships with Brose Bamberg from 2015-17.