Penei Sewell Would Be A Dream Come True 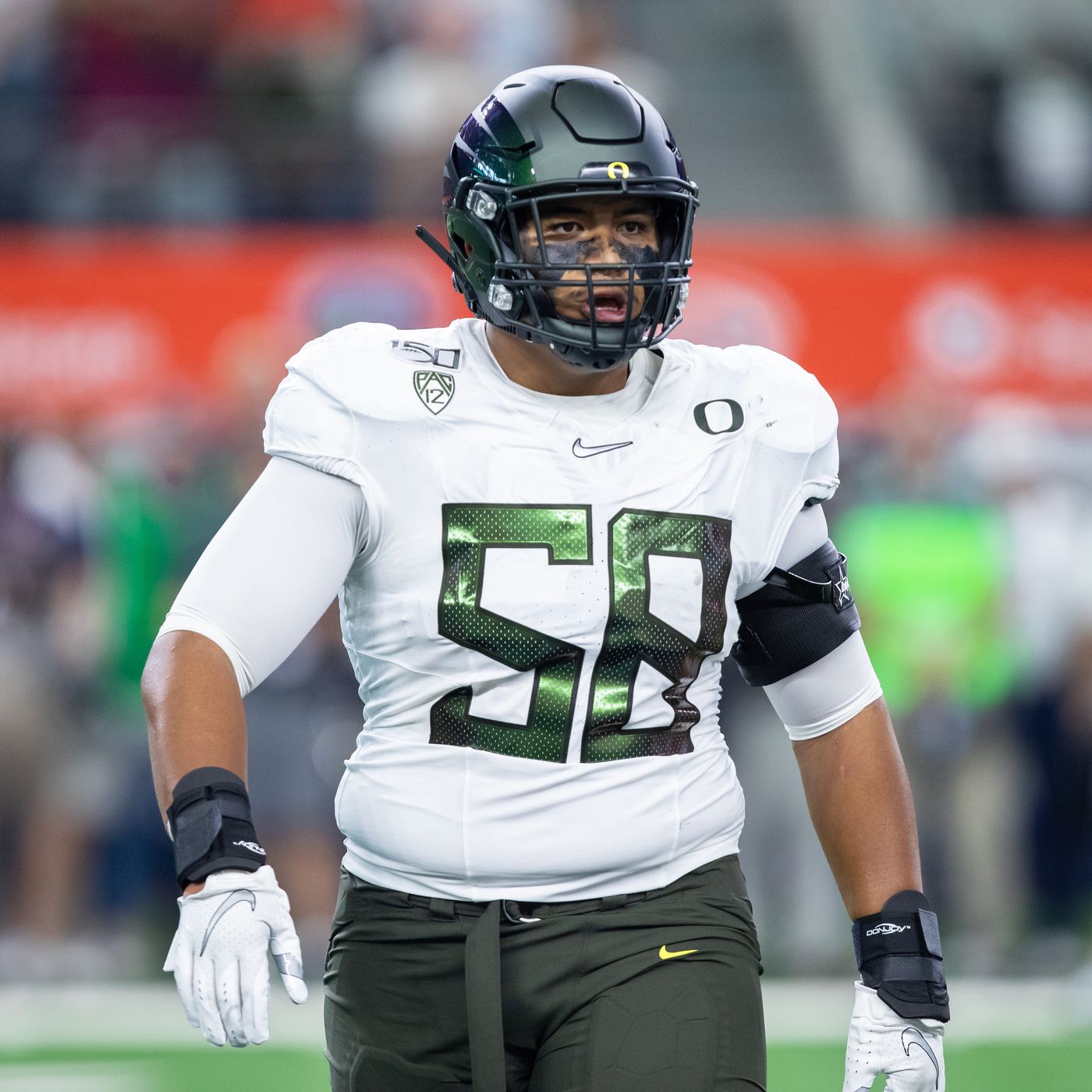 The Los Angeles Chargers have spoken with Penei Sewell amid the 2021 NFL Draft.This is an important thing to consider if you’re the Chargers for a few reasons. For starters Penei Sewell is a former teammate of Justin Herbert from their days at Oregon. This is important to keep in mind due to the fact that there is a familiarity between the two.

Originally, Penei Sewell was projected as a top draft that would in no way make it to 13th. However, as of late Sewell has been dropping on some draft boards to 13th. Now this can be media members giving false information in hopes that Sewell does fall to the Chargers. But why would they do this? Well this could be a perfect fit for both Sewell and the Chargers.

The Chargers biggest need is a left tackle to block Herbert’s blindside. Sewell plays the left tackle position, and did a great job in doing so when Herbert was behind center. After speaking with the Chargers Monday afternoon, there was excitement at the thought of a reunion.

“To block for Herb again, man,” Sewell said, via SI.com. “I think it’s another dream and another, I guess a vision that would be fun, just like you said I blocked for Herb throughout this whole time I’ve been here in Oregon, and to have that chance, again to share the same field as him would be a dream come true.”

Justin Herbert had the greatest rookie season by a rookie quarterback in NFL history this past season. Although he was breaking record after record, he did so with the one of the worst offensive lines in the NFL. According to PFF, the Chargers o-line received a 54.5 pass-blocking grade. This is 30th among the 32 teams in the NFL.

The Chargers have done a great job in signing linemen this offseason such as Corey Linsley, Matt Filer and Oday Aboushi. But if they were to some how get their hands on Sewell in the draft that would be the best acquisition without a doubt. Not to mention that Sewell is only 20 years old and is still growing into his body. Just the thought of that is terrifying.

Jets Trade Sam Darnold to the Panthers for Bundle of Picks
The Man To Man Podcast Episode XIX: Gonzaga Will Never Live This Down