There is one certainty in regards to the 2022 NFL Draft; uncertainty. We are mere hours until NFL Commissioner Roger Goodell steps on the stage in Las Vegas to open the Draft. 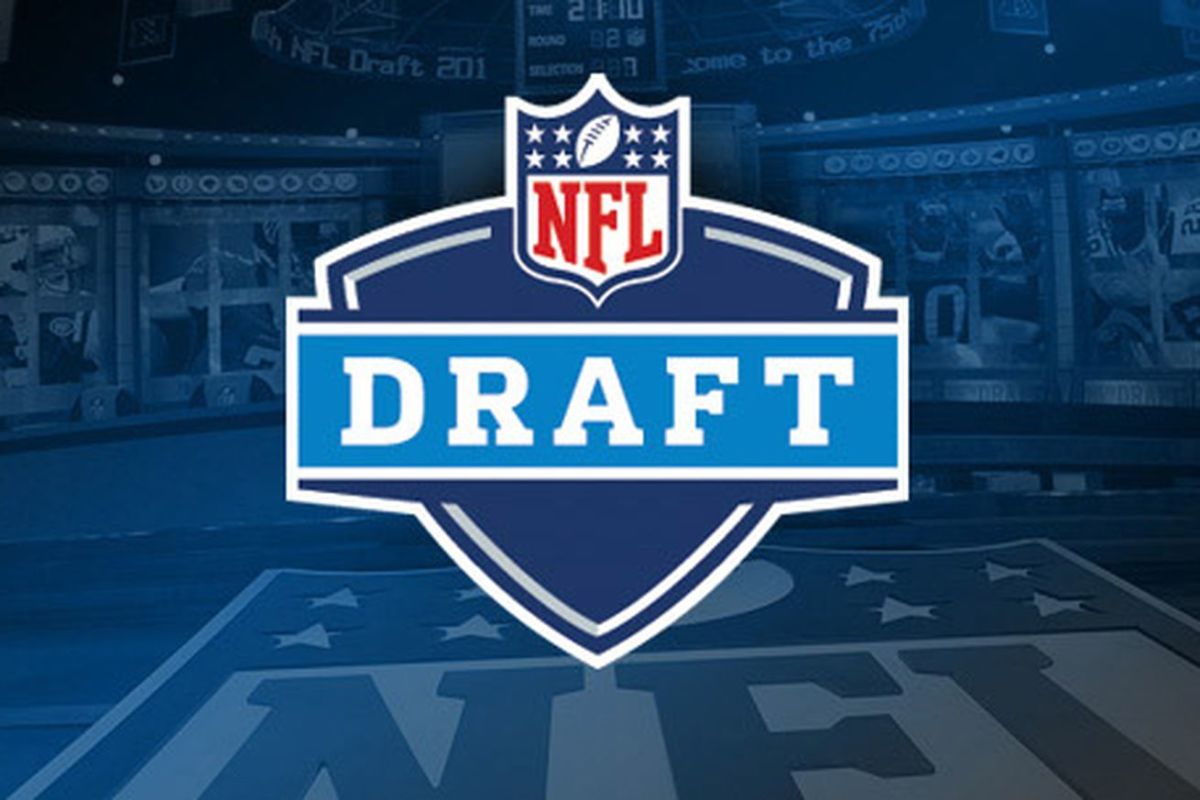 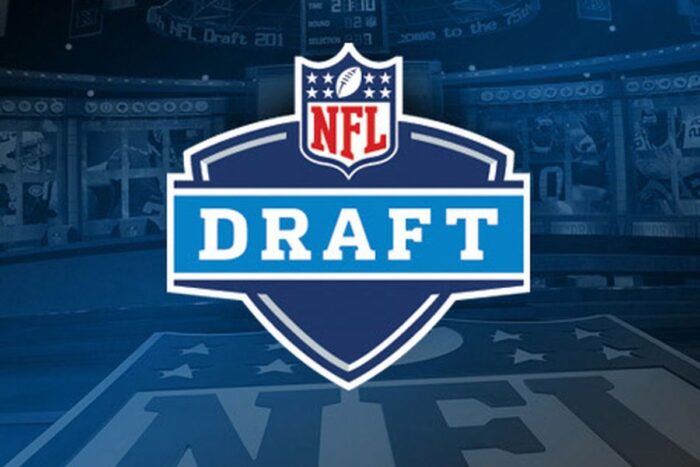 There is one certainty in regards to the 2022 NFL Draft; uncertainty. We are mere hours until NFL Commissioner Roger Goodell steps on the stage in Las Vegas to open the Draft. Yet, we still don’t know who will go #1 overall. We still don’t know who the first quarterback taken will be, or where they will go. We still don’t know which star players are going to be traded, continuing a trend from this whole offseason. So, making a mock draft that you are truly confident in is a tall task. Here, we take a look at what the New York Giants will be looking at come Thursday night.

Dave Gettleman had made it clear that his priority was to fix the Giants offensive line. That ended up being a complete whiff, which led to his eventual dismissal.  Andrew Thomas is the only returning Giants lineman guaranteed a starting spot. The two biggest acquisitions of the offseason were Mark Glowinski and Jon Feliciano. Glowinski will most likely take over the Right Guard duties, while Feliciano will be the team’s new Center, assuming Nick Gates won’t be healthy for the start of the season. The rest were depth signings. That still leaves two open spots for starters. 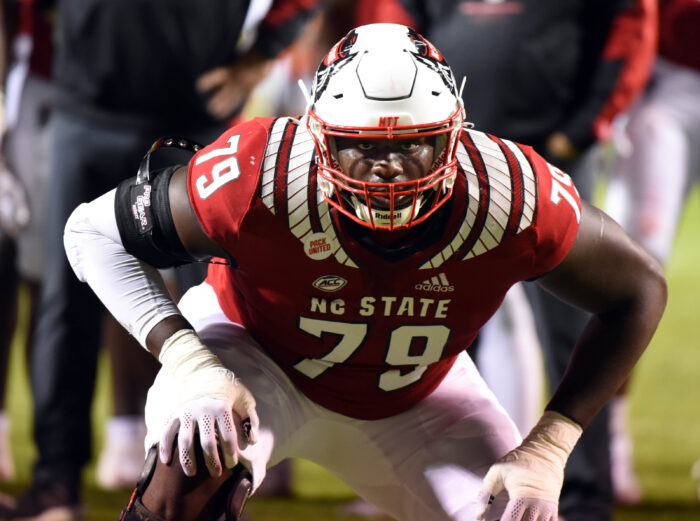 It is not a secret that the Giants are in the market for one of the elite offensive linemen in the Draft. Picking at 5 and 7, there is a good chance they land the guy atop their board. Ikem Ekwonu, the mauler out of NC State is the name most commonly attached to the Giants at pick 5. The 6’4” 310 pound tackle has experience at guard too, and is considered one of the best run blocking Left Tackle prospects in quite some time. He is more than adequate in the passing game, and scouts think he can only get better. Alabama’s Evan Neal had been in the #1 overall discussion for quite some time. He stands at 6’7” and weighs 337 pounds. He doesn’t move quite as well as Ekwonu, but he is the most technically sound lineman in the class. He also has as much versatility as anyone, having experience at both tackle spots, as well as inside at guard. The third and final prospect is Charles Cross out of Mississippi State. There is too much current smoke to believe that there is no fire to the recent rumors of how much the Giants like Cross. He’s the best pure tackle in terms of pass blocking in the draft. Positional strength will be one thing he needs to work on, but he has the frame to add that to his repertoire.

The Giants hit with 2021 2nd round draft pick, Azeez Ojulari, who looks to be a solid pass rusher for years to come. However, they need someone who can be an Alpha. The top of the draft is loaded with edge rushers who could be there for the Giants to snag. The two that will more than likely not be available at either 5 or 7 are Aidan Hutchinson out of Michigan and Travon Walker out of Georgia. The two names that have been linked to the Giants at either of their picks are Kayvon Thibodeaux and Jermaine Johnson II. Thibodeaux is possibly the pass rusher with the best physical traits in the class. The Oregon duck gets knocked, according to some people, by his work ethic and how much he actually loves the game of football. I happen to believe a lot of that could be smoke. I watch his tape and see a guy that doesn’t take plays off, even though he gets knocked for it. The tape shows a guy who has the ability to get to the quarterback on any given play. Jermaine Johnson II, out of Florida State, is the most underrated pass rusher in the class. Most years, he would be at the top of most lists. His ability to make plays in the backfield, against both the pass and run, are remarkable.

The Giants need to get younger in the defensive backfield. Aside from Xavier McKinney, the starting group is comprised mostly of veterans whose best games could be behind them. Depending on whose mock drafts you choose to believe, the Giants may have their choice of defensive back at 5 or 7, or they may miss out on two of them. The top guy is Ahmad “Sauce” Gardner out of Cincinnati. He is physical, long, fast, and instinctive. He doesn’t have a whole lot of tape of amazing plays simply because quarterbacks didn’t throw in his direction very often. That’s the tale of a true #1 cornerback. Next is Derek Stingley Jr out of LSU, AKA DB-U. His 2019 tape is possibly the best tape I’ve ever watched of any cornerback. Unfortunately, he had to battle injuries over the 2020 and 2021 seasons, and couldn’t put together tape to match his freshman year. If you believe you can get 2019 Stingley for the majority of his NFL career, you’re going to get a legit baller. In addition to the two cornerbacks listed, you have one of the more polarizing players in the draft with Safety, Kyle Hamilton, out of Notre Dame. He didn’t run what a lot of people were hoping he’d run the 40 yard dash at the Combine. But he makes up for true speed with instincts and game speed. Do you want a Safety to play “centerfield”? He can do that. Do you want a Box Safety? He can do that too? He can cover tight ends and wide receivers in man coverage. He can blitz. He just plays a position that teams just don’t put as much value on.

There is a lot of talk that the Giants are looking to trade out of the 7 pick. It would make sense for them to pick up pieces in the 2023 Draft, as they are looking to dig out of the salary cap hole Dave Gettleman put them in. But if they stay there, the perfect pairing would be: 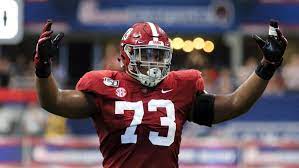 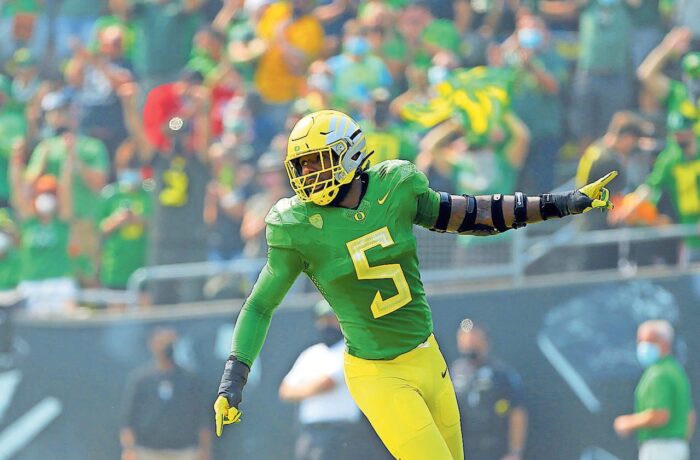