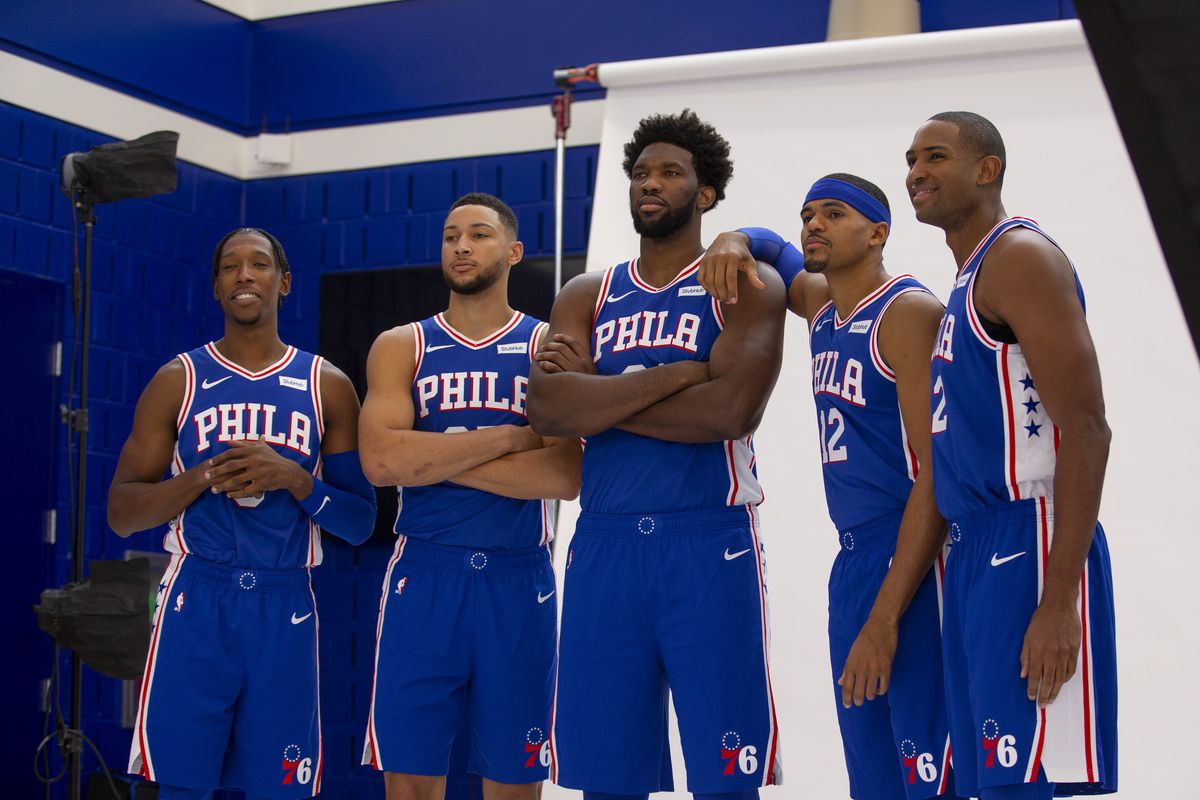 Where Things Stood: After the All-Star Game, the Sixers were slated to have the second easiest schedule to close out the regular season. This was due to Philly having the third toughest schedule before the league shutdown. The pandemic has obviously swept that perceived advantage right out the door, but the Sixers should still be ok. At 39-26 for sixth in the East, the Sixers are within striking distance of the fourth spot. Philly is tied with the Pacers record wise, with the Pacers holding the current tie-breaker and sit fifth having won two of the three matchups so far. That could change though, as the two teams meet on opening night of the restart.

What’s Coming Up: For Philadelphia, there’s only one game left on the schedule against a top eight opponent from the East, the Raptors. Question is, what benefit would it be to move up? As it stands right now, the Sixers would play the Boston Celtics, a team they took three of four games from this year. If they move up, that unlocks a potential meeting with the Heat, a team that handled the Sixers in three of the four games and with a motivated Jimmy Butler looking to take it to his former club.

Game 1: Indiana Pacers − The matchup with the Pacers is intriguing for potential playoff implications but the Pacers might not be coming in at 100 percent. Victor Oladipo is reportedly practicing with the team, but who knows what form he’ll be in coming off the terrible injury sustained in January of last year. Malcolm Brogdon has been in and out all season with injuries having played in just 48 of the 65 games the Pacers have played to this point. It’s also been reported that he’s been infected with COVID 19, so no telling how effective he’ll be down the stretch if at all for Indiana. Opening night should give a glimpse of where each team is at, post shutdown.

Game 2: San Antonio Spurs − In the first matchup, the Sixers rolled to an easy 115-104 victory at home. One interesting tidbit coming out of Texas was that the immortal Tim Duncan could potentially join the Spurs for the end of the season run. This has since been quelled, but that would’ve made this game so much more “must see.” As it stands right now, the Sixers should have little trouble with the Spurs especially with LaMarcus Aldridge out for the season after shoulder surgery.

Game 3: Washington Wizards − The Wizards have been a semi-tough matchup this season for Philly having taken two of three, but the Sixers won handily in the last one by double digits. Coupled with no Bradley Beal due to an injured rotator cuff, and John Wall already ruled out, that spells doom for the undermanned Wizards.

Game 4: Orlando Magic − The Sixers blew out the Magic in October, only to lose the next two matchups. The third was a nail-biter going down to the last possession for a one point loss in Orlando two days after Christmas. With Markelle Fultz leading the way the Magic were the hottest team in the Association before the shutdown. The last twelve games, the Magic lead the NBA with a 118.2 offensive rating. If the Magic regain that form, this could be another tough game for the Sixers.

Game 5: Portland Trail Blazers − This is a tough game to predict with the two teams having only played once this season, a 129-128 thriller of a victory for the Sixers in early November. The Blazers have had an inconsistent year to say the least, and sit three games behind the Grizzlies for the 8th spot. The 29-37 record the Trail Blazers currently sport, shouldn’t fool anyone though. The return of both Damain Lillard and CJ McCollum will undoubtedly give Portland a major boost to make a late push to get into the playoffs. Veteran swingman Trevor Ariza has decided to opt out, but the front court duo of Jusuf Nurkic and Zach Collins should more than make up for the loss of Ariza. The Blazers have talent, and if any of the likes of Lillard, McCollum or even Carmello Anthony decides to have a night, that could mean a loss for the Sixers.

Game 6: Phoenix Suns − Questions still linger on whether or not Kelly Oubre Jr.will be able to play when games resume. The 6-foot-7 forward has had career highs across the board. Oubre has averaged 18.7 points, 6.4 rebounds as well as a 3-point percentage at 35.2. These numbers would certainly help the Suns knock off the Sixers, but even with him, Philadelphia should have little problem with the 13th seed in the west. The Suns rank 19th in the league in overall defensive rating and would be able to do little with Joel Embiid down low on the block.

Game 7: Toronto Raptors − The game against the Raptors will be the fourth this season between the two teams, with Toronto having won two of three previous in tight affairs that went deep into the fourth quarter in each to decide an outcome. The recent history of the teams, especially last season’s conference semifinal will give each motivation to put it on the other. Pascal Siakam seems to really relish playing the Sixers, having solid outings each time they’ve played, but the Twitter war between Siakam and Embiid should add some spice to an already tasty matchup. Embiid will also have to deal with his own personal kryptonite in Marc Gasol, who looks in great shape coming into the bubble. If both teams come in healthy though, this one’s a pick ‘em.

Game 8: Houston Rockets − When the Rockets and Sixers lock horns, it’ll be the last game for each during the “regular season” portion of the restart. The two met back in January with the Rockets pulling away to win by ten, in a game that was largely back and forth. James Harden finally showed up in Orlando a full five days after his teammates after revealing his positive Covid 19 diagnosis. Russell Westbrook has tested positive for COVID 19 and is currently in quarantine, but should be back before the first game. The time away from the team may have an effect on the team chemistry early on when he does return. That being said, by the time the Sixers play Houston that should not be an issue. Small ball teams have given the Sixers fits all season and this could be the case again but the seedings will dictate how each team approaches this matchup.

Prediction: If Philly plays it out and remains at six, they could end up with the favorable matchup against the Celtics. Philly would also avoid Milwaukee until a potential Eastern Conference Finals clash. Nonetheless the issues remain and need addressing in the final eight games for Philly to have success. These issues include the shape of Joel Embiid after the shutdown. Embiid has had struggles his whole career staying in shape during a normal season, so who knows. The vaunted Sixers “bully ball” defense touted by Coach Brett Brown has been talked about but rarely implemented, maybe it makes a return for the playoffs. Will Ben Simmons flurrish in his new point forward role? Even with these questions, Philly has the talent to make it to the Eastern Conference Finals. Health and motivation should not be a problem for a team looking to prove the first half was an anomaly. At this point, a deep run in the playoffs will be the only thing to salvage an underwhelming season thus far.