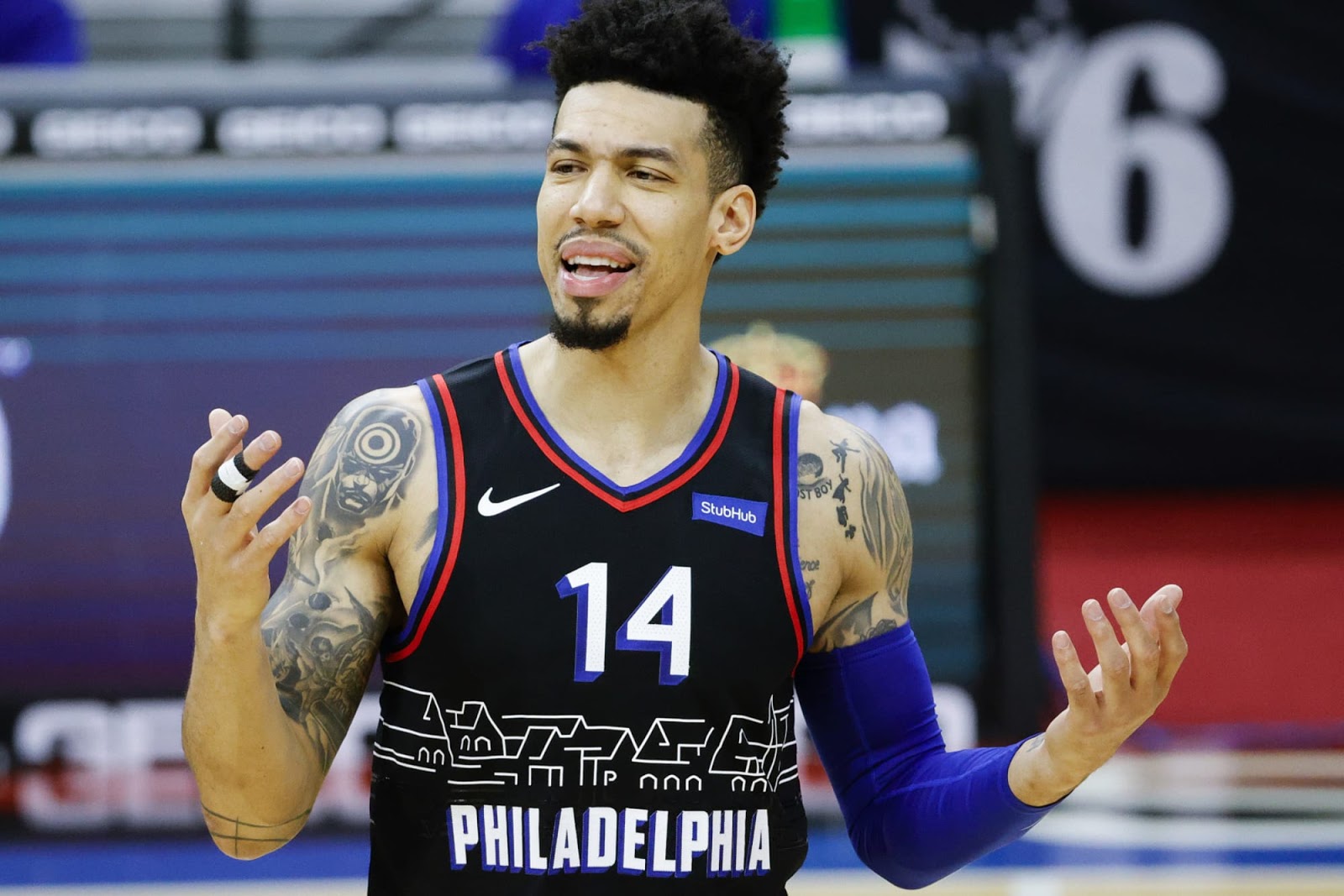 Part 2 of the Philadelphia 76ers’ report card, this time featuring the rest of the starters. While the stars of the team received an A grade, three players can only take you so far. After all, all of those guys were on the team the past two years without much success. This team however, looks different for a couple reasons, and their depth has something to do with it.

Danny has been serviceable for the 76ers. He isn’t the same player that won a championship with the San Antonio Spurs five-plus years ago. He isn’t even the player that won in Toronto either. Green was the quintessential 3-and-D guy in his younger years. Unfortunately, he’s 33 (almost 34) and it often shows. His defense isn’t amazing anymore, and he has real trouble keeping up with the faster guards in the league. He’s still not BAD on that end, as he’s still in the positives in DWS (defensive win shares), DBPM (Defensive Box Plus-Minus) and D-LEBRON (advanced impact stat), but at a lower number than he used to be at. For instance, his D-LEBRON used to put him in the 80th or 90th percentile of all defenders. This year, he’s in the 66th.

The second part of being a 3-and-D player is the three, and similar to his defense he’s been okay. Not a liability, but on pure effectiveness alone not quite a weapon either. He’s shooting 37.6% from deep this year, just barely above league average, on 5.9 attempts per game. It’s not a bad percentage, but Green is someone that has shot in the 40’s many times, including 45.5% just two years ago.

Regardless of his actual numbers, Green provides true spacing that allows the 76ers stars to shine. They still treat Green as a threat (and he is) whether he actually makes them pay or not, and a defender sticking closer to Green means they are one step further from the paint where Joel Embiid and Ben Simmons dominate. With their athleticism, that step is often all they need. Green also isn’t gun shy, which the 76ers can be at times. That willingness to let it fly helps loosen the defense, and Green can still make it rain.

As it is, Green is fine. He fits well next to the other 76ers starters, sporting a nice balanced approach that many of the other wings lack. He’s a better pure shooter than Shake Milton or Matisse Thybulle, and a better defender than Seth Curry or Furkan Korkmaz. Danny Green (besides a couple weird late game decisions he sometimes finds himself in) probably isn’t going to win or lose games for you, but he still has a lot of value.

Seth has had an inconsistent season. Getting Covid in the beginning of the season was unfortunate and it seems to have affected his play at times. There are games where 76ers’ fans can’t believe the Dallas Mavericks would give up a player of his caliber so cheap. Then there are others where you remember why someone that has one of the best three-point percentages of all time was a bench player for most of his career.

Let’s start with the good. Curry is still making a ridiculous 45% of his attempts from deep. His spacing (just like Green) is crucial to making the 76ers stars really shine, and unlike Green if you leave Curry open and let him shoot he will make you pay basically every single time. In today’s NBA that is exceptionally valuable. Secondly, he has really found a nice niche as the secondary ball handler with the 76ers’ starting group. That doesn’t mean initiating plays necessarily, but he’s showing the skill to make plays for others when he has the ball in his hands. At times, his dribble penetration also isn’t bad, and he can find the open man. It’s not uncommon for Curry to pick up 3-5 assists himself. Finally, his defense in certain games looks good or at the very least not exploitable.

Unfortunately, all of these strengths have a weakness, as well. His shooting is great as evidenced by his percentage. The problem is, he’s way too hesitant to just let it go even when he has the space. Curry’s release is on the slower side, sure. Perhaps he would get blocked much more often he took the numerous opportunities he seems to get instead of passing or dribbling away. It just seems far too easy to chase Curry off the line.

A capable shooter that is shooting 45% should not be taking only 4.5 attempts per game, especially with the absurd number of attempts some other guards are throwing up. Curry is eighth in three-point percentage, and 87th in attempts. That doesn’t make sense. Curry isn’t bad when he attacks the close out, he’s shown a pull-up mid-range game that often works, but it’s just so much less efficient then when he takes the three. He’s shooting a better percentage from three than he is from mid-range, and the three is literally just worth more.

Secondly, his defense can be good, like against the Dallas Mavericks, but there are games where he just gets absolutely torched like against the Cleveland Cavaliers. Unfortunately, his size and athleticism will probably never let him be consistently great on that end. Not only that, but there are some really great guards out there in the East that will probably be too much to handle. Sure Green and Simmons can take two wings, but you can only hide him so much.

Curry is often great, especially on offense when he’s clicking, but he frequently lets himself be taken out of the offensive game-plan by just closing out aggressively. Even if he isn’t shooting he’s still a major threat and that’s incredibly helpful. If he can just take threes with less hesitation, Curry could really go up a level on offense.

While both players have their struggles, they are still invaluable pieces of the starting lineup. The cry in Philadelphia for a few years has been “please surround Simmons and Embiid with shooters!” Despite some flaws, Green and Curry are undoubtedly shooters, and it’s worked as evidenced by the 76ers’ first place position. When they are on, the 76ers’ offense is unstoppable. It’s just that they aren’t on with any regularity. When Curry scores in the teens, the 76ers are 12-1. When he doesn’t they are 7-8. Contending with Embiid when you have snipers from deep is impossible. The stars on the team are playing about as well as you could hope for. The key to getting to the next level might just lie in how consistent Curry and Green can be.

Introducing the NBA Trade Deadline All-Stars
The Man to Man Podcast Episode XIII: Conference Tournaments & The NFL Is Cutting Everyone