Philadelphia Eagles May Miss The Playoffs 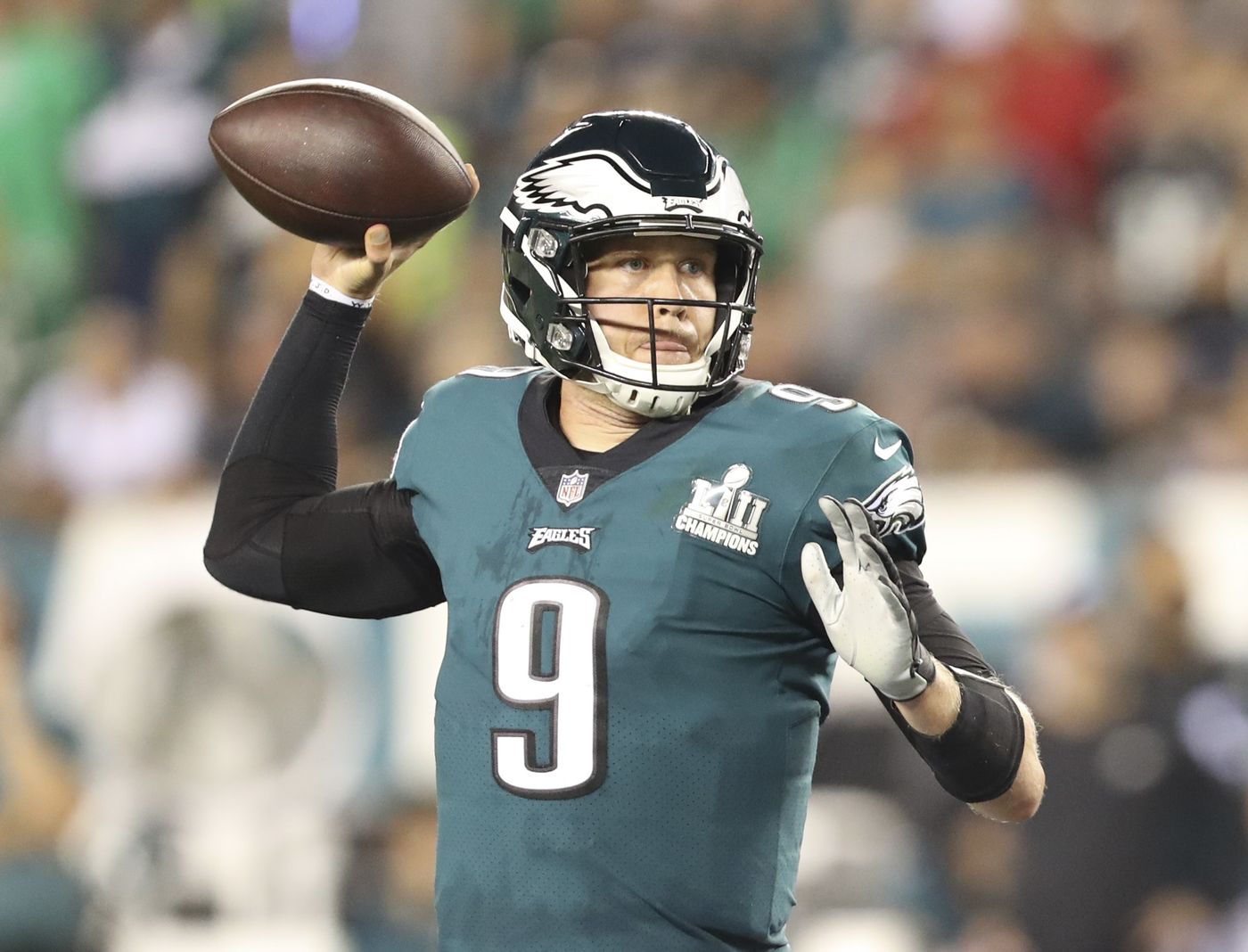 ​The Philadelphia Eagles are off to a slow start in the regular season. They definitely had the Super Bowl hangover as well as injuries affecting their team chemistry. Now at 2-3 after a tough lost against the Minnesota Vikings, it’s gonna be hard to win the NFC East and possibly make the playoffs. There are reasons to believe why they may not make it this year.

One of them has to do with the team’s mindset. On paper, the Eagles probably have the best all-around roster in the league. They have the quarterback in Carson Wentz, weapons at the wide receiver and tight end position, and a defense that can get after the opposing quarterback. They also have a solid secondary. But it ain’t getting better when coach Doug Pederson calls out the team.

Doug Pederson says he can appreciate Carson Wentz’s comments that this team looks like 2016 when they were inexperienced. They understand it is not acceptable from a championship team. @FOX29philly #FlyEaglesFly pic.twitter.com/iIUfXiAzz8

The Eagles look like rookies making mistakes and that shouldn’t happen from a championship team. This is unacceptable and it will definitely hurt them in the next couple of weeks. Which leads into probably the most important reason to why they won’t make it. Their schedule will get much tougher. They will face tough teams such as the New York Giants, Carolina Panthers, Jacksonville Jaguars, and New Orleans Saints. These teams are looking to make a statement and secure a spot in the postseason.

The Giants despite being 1-4 ain’t nothing to sneeze up considering they will be playing desperate football. Panthers look to be team wanting to destroy the Eagles, Jaguars love to talk and don’t mind making Wentz a below average quarterback, and the Saints will love this matchup to be a shootout. But it ain’t gonna be easy in the last couple of games as well facing the Washington Redskins, Houston Texans and Los Angeles Rams. These Rams will have home field advantage throughout the NFC if they secure the number one seed. This then makes it harder for Philadelphia knowing that the road to the Super Bowl will go through Los Angeles.

If the Eagles don’t find a way in play fundamentally sound football against these teams, expect them to miss the playoffs and forget that chance of repeating. They will disappoint their fans and not live up to expectations.