The Dallas Cowboys take on the Philadelphia Eagles in their home opener on Monday night.

In the last five years, the Dallas Cowboys have posted a record of 6-4 against their division rivals and have been almost identically matched statistically.

In their past 10 matchups, the Cowboys have averaged 20.5 points and 365.8 yards per game with an average of 133.7 rushing yards a contest and 19 total touchdowns.

On top of this, five of the last 10 matchups have ended in a one-possession score with the Cowboys taking four of the five.

It is no stretch to say that Monday night’s game will be as closely contested as the Cowboys previous two matchups.

Here’s a look at two things the Cowboys must emphasize to come out on top in Monday night’s matchup. 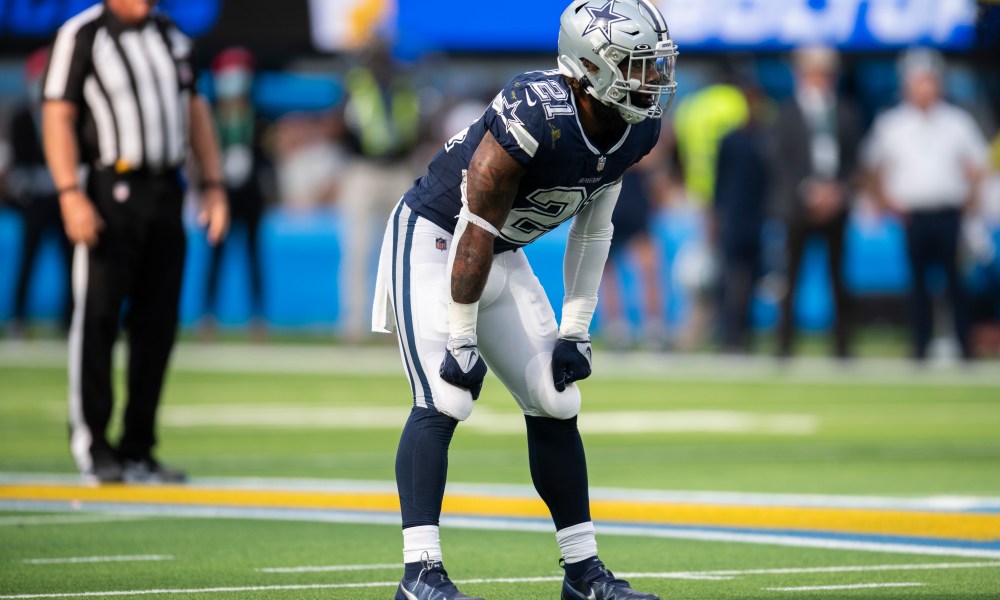 The Dallas Cowboys looked to have returned to form running the ball last week against the Los Angeles Chargers.

Ezekiel Elliott bounced back from a poor Week 1 performance, and Tony Pollard was the highlight of the offense. The tandem rushed for a staggering 180 yards combined on the day and looked incredible against one of the NFL’s upper tier defenses.

This bodes well for the Cowboys, especially against the Eagles as they rank 23rd in the league in terms of rushing defense. The Eagles will also be missing one of their best defensive players and run stoppers in Brandon Graham, and the Cowboys must take advantage of this.

Elliott in particular may be primed for a breakout performance tonight, as he has posted some of his best performances in both primetime games and against the Eagles.

In primetime games, Elliott is averaging 87.0 rushing yards per game which is the best of any running back since 1970. Elliott also averages 98.6 yards on the ground with 40.3 receiving yards per game versus the Eagles for his career.

With Tony Pollard running the ball the way he is, the Cowboys are more than capable of constantly keeping the Eagles defense on their heels with their backfield combo.

The 1-2 punch of Elliott and Pollard has proven to be effective, and against a depleted defense it must be the focus of the offense.

Stay Aggressive on the Defensive End

Jalen Hurts is yet to throw an interception this season, but the Cowboys defense could very well change that tonight.

In a scenario likely no one would have expected, the Dallas Cowboys stand number one in the league overall in both turnovers per game with three and team turnover margin per game with 2.0.

Even more surprisingly, the Eagles are currently the only team in the NFL who have yet to turn the ball over in any facet of the game.

Both of the Cowboy’s games, which have each been within three points, have been contingent on the defense producing turnovers. Without these, it’s likely the Cowboys would be standing at 0-2.

The same must be done on Monday Night for the Cowboys to come out on top.

Additionally, Randy Gregory will be returning and active for the Monday night matchup. Donovan Wilson and Demarcus Lawrence remain out, but Gregory’s presence will be a big plus for the Cowboys defense, especially with a mobile quarterback like Hurts.

Players such as Jayson Kearse and Trevon Diggs, who had stand out performances in Week 2 will also be important watch in the Cowboys’ defensive effort.

If Dallas can get to Hurts and make him uncomfortable in the pocket, they have a good shot of keeping their offense on the field and staying off the field.