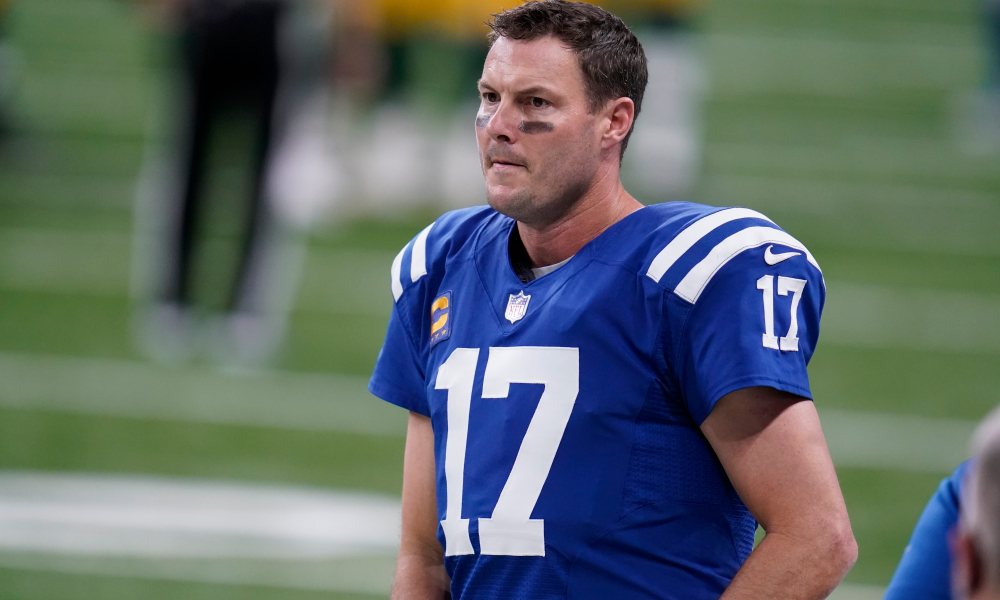 Philip Rivers is hanging up his cleats and walking away from the NFL after 17 exuberant seasons. Rivers spent his last season with the Indianapolis Colts after spending 16 years with the Los Angeles/San Diego Chargers.

Rivers broke the news to the San Diego Union-Tribune in a statement.

“I am grateful to the Chargers for 16 seasons, and the Colts for the 17th season,” Rivers said in his statement. “Thank you to all my coaches that helped me grow as a player and person. Thanks to the support staff. I appreciate the opposing defenses making it challenging physically and mentally every week. I also enjoyed the banter, I appreciate the referees for putting up with all my fussing. Even though I think I was right most of the time dadgummit!”

Originally drafted by the New York Giants in 2004, Rivers came to San Diego via trade during the Eli Manning fiasco. Since coming to the Chargers, Philip surpassed all expectations and cemented himself as one of the all time greats. Though he never won a Super Bowl, his numbers speak for themselves.

Rivers will truly be remembered for his heart and passion to the game. Giving it everything he had on every snap. From trash talking to opposing defenses, to shouting matches with the referees. Love him or hate him, in his words “I just love football!”

Rivers’ most memorable moment with the Chargers has to come during the 2007 playoff run. First defeating the Tennessee Titans handily in a home first round playoff matchup. After that, Rivers saw another all time great in Peyton Manning. Many expected the Chargers to fold under but it was the exact opposite.

However, it was here where Rivers tore his ACL and would need to sit out the remainder of the game. Most NFL players’ season would be over right then and there but not Philip. After the Chargers upset the Colts in Indianapolis, Rivers had his ACL removed and played against the undefeated New England Patriots. It is here where Phil showed his toughness and grit to everyone watching. Though the Chargers would lose in the AFC championship 21-12, Rivers earned the respect he deserved among his peers.

Phil has already accepted a job as the Head Coach at St. Michael Catholic High School in Fairhope, Alabama. He has made it abundantly clear that he desired to coach his sons whenever he retries.

“I can sit here and say, ‘I can still throw it. I love to play,’” Rivers added. “But that’s always going to be there. I’m excited to go coach high school football.”

If anything is certain, it is that a gold jacket is waiting for Philip Rivers in Canton, Ohio.