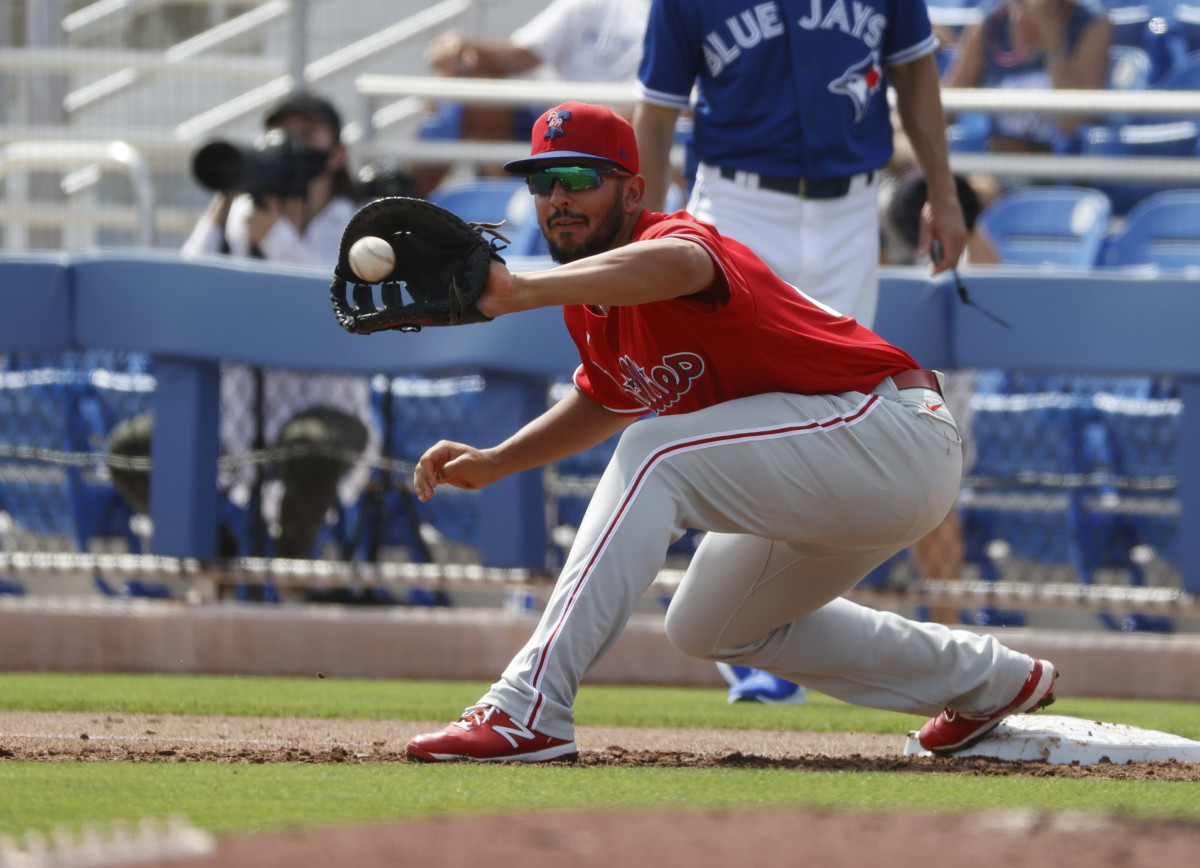 On Wednesday, the Phillies announced that they were calling up first base prospect Darick Hall. Hall was having a breakout season in Triple-A Lehigh Valley, crushing 20 long balls in 315 plate appearances. The call-up will likely mean that Bryce Harper will get sent to the 60-day injured list as he gets surgery to repair his fractured thumb. Since Rhys Hoskins has been holding down first base, Hall will likely slot into the lineup as the team’s designated hitter.

Hall was drafted in the 14th round back in 2016 out of Dallas Baptist University. There, he earned team MVP honors, driving in 53 runs on a .365 batting average. He also pitched, leading the staff with a 2.09 ERA. Once drafted, Hall debuted in Low-A Williamsport and dominated at the early age of 20. He slashed .282/.372/.518 and was promoted the next season. Since then, he has climbed the ladder and made it to Triple-A. As I previously mentioned, Hall raked in Lehigh and has completely earned this call-up.

The Phillies need Hall to act like somewhat of a foil of Matt Vierling. Vierling is killing lefties right now, and Hall hit 17 of his 20 home runs off of righties and has an OPS of 1.046. So, I’d imagine you’d see Vierling against lefty pitchers, putting Castellanos at DH. Against righties, Hall would DH, and Castellanos would replace Vierling in the field. You can see Hall and the Phillies every night on NBCSports Philadelphia or on the MyTeams app.