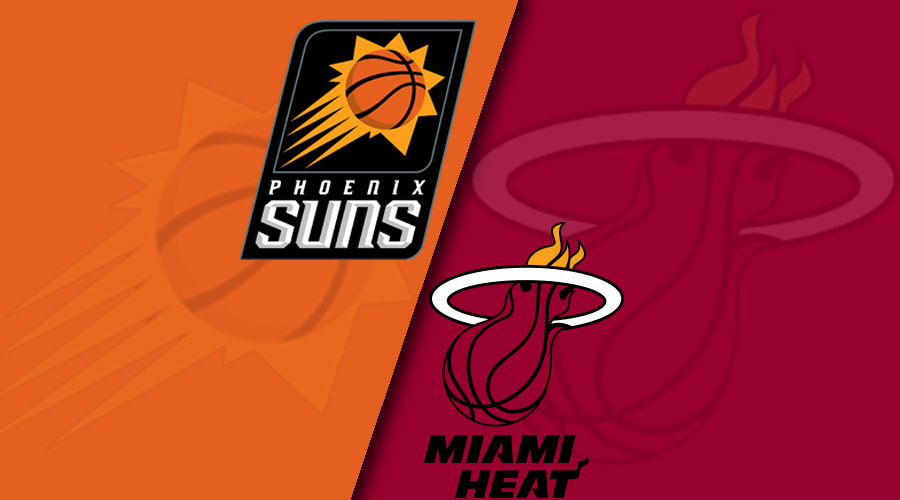 The Phoenix Suns and the Miami HEAT are two of the most surprising teams so far in this young NBA season. Throughout the first six games of the season, the HEAT has a record of 5-1 and the Suns are not far behind them with a record of 5-2. Are their hot start legit, or is it the result of good scheduling?

The Suns’ five wins have come against the Sacramento Kings (124-95), Los Angeles Clippers (130-122), Golden State Warriors (121-110), Memphis Grizzlies (114-105), and the Philadelphia 76ers (114-109). Their two losses came against the Denver Nuggets (108-107) and the Utah Jazz (96-95). The most impressive win so far for the Suns is their win against the Clippers. No one expected them to withstand the wrath of Khawi Leonard and beat the early season darlings of the NBA. Leonard posted 27 points, 10 assist, and 8 rebounds in their loss to the Suns, thanks to Devin Booker’s 30 points, 8 assists, and 6 rebounds and Kelly Oubre’s 20 points. They also defeated the only undefeated team going into their game against the 76ers last night.  Their other three wins came against two young teams that are still searching for an identity and the wounded Warriors. Stephen Curry tragically broke his hand against the Suns and will miss significant time. Their two losses came against two eventual playoff teams and title hopefuls. The Suns fought hard in these games, losing by one to both teams and taking the Nuggets to OT.

The HEAT’s five wins have come against the Memphis Grizzlies (120-101), Milwaukee Bucks (131-126),  Atlanta Hawks twice (112-97; 106-97), and the Houston Rockets (129-100). Their only loss of the season so far came against the Minnesota Timberwolves (116-109). The HEAT did not fear the deer and beat the MVP, Giannis Antetokounmpo. Antetokounmpo absolutely went off in that game, scoring 29 points,grabbing 17 boards, and dishing out 9 assists. They managed to overcome that performance due to balance team play, with seven players scoring in double digits. They also dismantled the Rockets two nights ago, scoring 46 points in the first quarter.

Although the Suns and the HEAT have both been scorching hot to start the season, they have been winning in different ways so far this season. The Suns have been riding their star player Devin Booker’s ability to put the ball in the basket. Booker is averaging 26.1 points per game. The HEAT on the other hand, has been getting it done without their star Jimmy Butler. Butler only played in three games so far this season; in the games he did play he has given his team great consistency and intensity, averaging 14.7 points, 7.3 assists, 7 rebounds, and 4.3 steals. Talk about a stat sheet stuffer. With Butler missing games, the Heat have gotten a spark from their rookies Kendrick Nunn (leading the team in points 19.5 ppg) and Tyler Herro (15.7 ppg).

While their methods of success are different their results are similar. Both teams are spacing the floor out with efficient three-point shooting and great ball movement. The Suns are currently second in the NBA in assists per game (27.7) and eighth in three-point percentage (37.7%). The HEAT have been surprisingly good on the offensive this year, scoring 117.8 ppg (sixth in the NBA) with a field goal percentage of 48% (second in the NBA). They are third in three-point efficiency (40.1) and fourth in assists per game (27). They are also stifling on the defensive side of the ball; they are third in the NBA in steals (10 per game) and second in blocks (7 per game).

The Heat and the Suns are set to play each other Thursday, November seventh at 8:00 PM CDT. This matchup will be exciting to watch due to their recent success. The Suns have already proven that they still have momentum on their side after beating the 76ers last night.  The HEAT are looking to do the same against the Denver Nuggets tonight at 8:00 PM CDT.