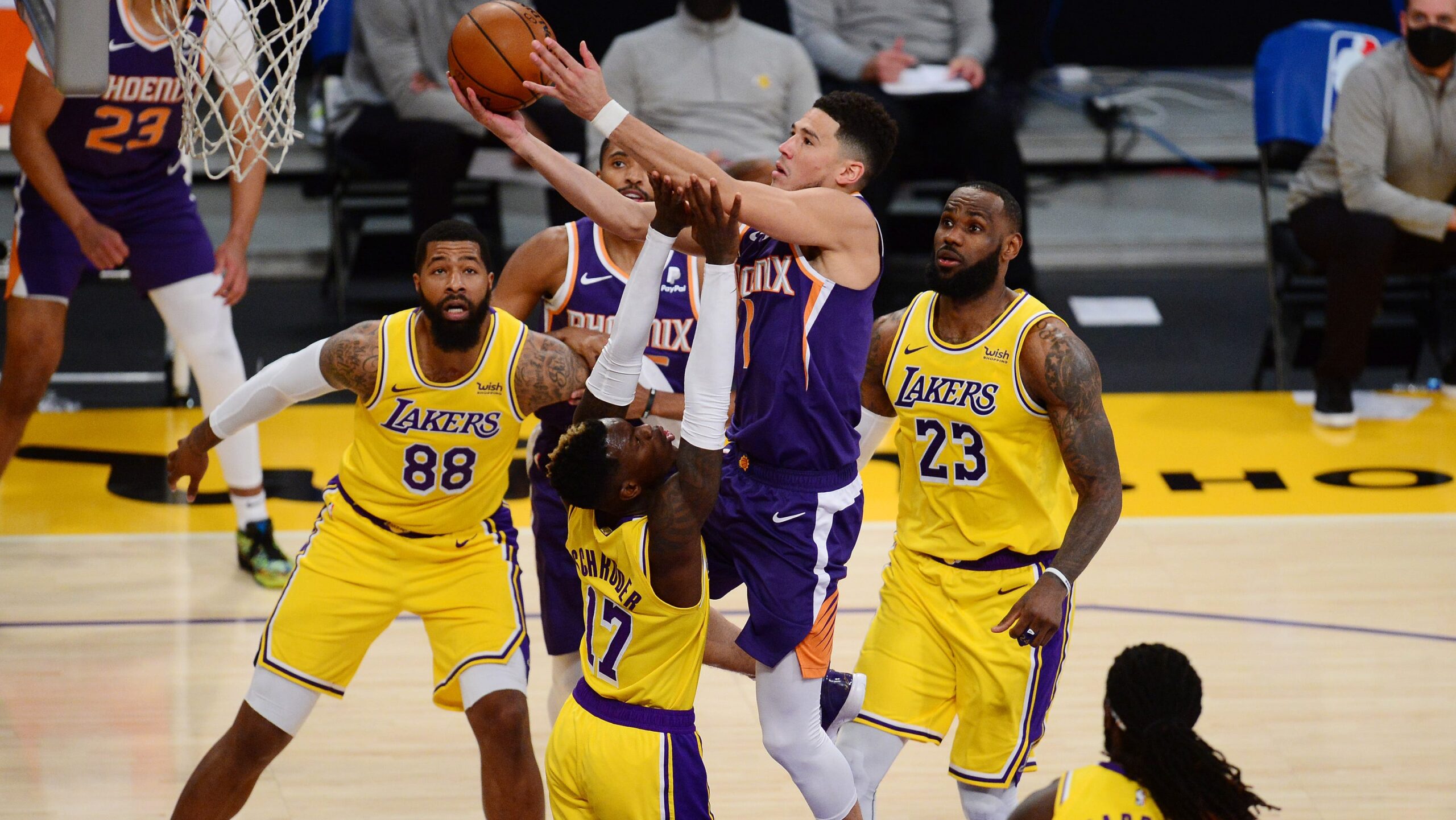 After beating the Golden State Warriors on Wednesday night, the Los Angeles Lakers claimed their spot in the playoffs as the 7th seed in the West. This means that the Phoenix Suns will have to face the defending champions in the first round. Facing off against superstars LeBron James and Anthony Davis, this will be a tough first series for Phoenix. The second-seeded Suns even come in as an underdog in this series, as the Lakers are the favorites according to Vegas with -300 odds. In order to pull off this upset, here are some series determining factors that can either keep Phoenix in the series or take them completely out of it.

Keep the Lakers off the glass

This will be the biggest factor in determining how this series will go. The Lakers have the best trio of big men in the league, Anthony Davis, Andre Drummond and Montrezl Harrell. They all thrive off grabbing offensive rebounds and getting second-chance opportunities. Drummond per game averages 3.1 offensive rebounds, Harrell averages 2.3, and Davis logs 1.7. When Drummond and AD were healthy this season, the Lakers ranked in the top ten in second-chance points.

For the Suns, keeping these three aggressive centers off the glass will be crucial. The job of limiting second chance points will fall on center Deandre Ayton and forwards Dario Saric and Frank Kaminsky. They have to account for Davis, Drummond and Harrell and put a body on them every time on the defensive side. This means that as the bigs are taking away the offensive rebound, the wings and guards will need to get active on the glass. By limiting the number of offensive rebounds, the Suns stop the Lakers’ bigs from getting easy put backs and give themselves a chance to run and push the ball after the rebound.

Force them to make mistakes and turn the ball over

This year, Los Angeles struggled with taking care of the ball. They averaged 15.2 turnovers per game, a mark that ranks third-highest in the league. The Suns on the other hand, were towards the bottom of the league in turnovers, only averaging 12.5 per game.

If the Suns can force the Lakers into turnovers and take away possessions, Phoenix can avoid facing the Lakers’ half-court defense that has caused teams trouble all season even without LeBron and AD. The Lake Show finished second in opponents points per game and first in defensive rating per game. By forcing turnovers, the Suns have opportunities to score and get easy points in the fast break.

On top of that, turnovers take players and good teams out of rhythm. This is something that the Lakers are still trying to find with LeBron and AD just getting back from injury. In Wednesday night’s game, they struggled to find ways to score in the first half because of the Warriors’ defense forcing frequent turnovers. A combination of taking the Lakers out of rhythm and getting easy opportunities to score is something the Suns should strive to do defensively.

Find a way to stop AD

Looking up and down the Suns’ lineup, there are questions on who is going to guard Anthony Davis. When healthy, Davis is a top five player in the league and was dominant in the bubble playoff last year, leading the Lakers in scoring with 27.7 points per game. In the one game that Davis played against the Suns this season, Davis had 42 points in a Lakers win.

They have to find a match-up that will slow down Davis and make him uncomfortable on offense. Whether that’s putting a smaller defender like Jae Crowder or Mikal Bridges on him, taking away his ability to dribble or putting Ayton out on him to match his size, the Suns have to find an answer to this match-up. The Suns should consider throwing looks at Davis throughout the course of the game instead of having him take advantage of one certain match-up.

Although Phoenix is a big underdog in the eyes of the NBA, this series is winnable if they are able to take away the Lakers’ strengths. The Suns will look to defend home court in game one of the series on Sunday.