Phoenix Suns: Takeaways From This Season 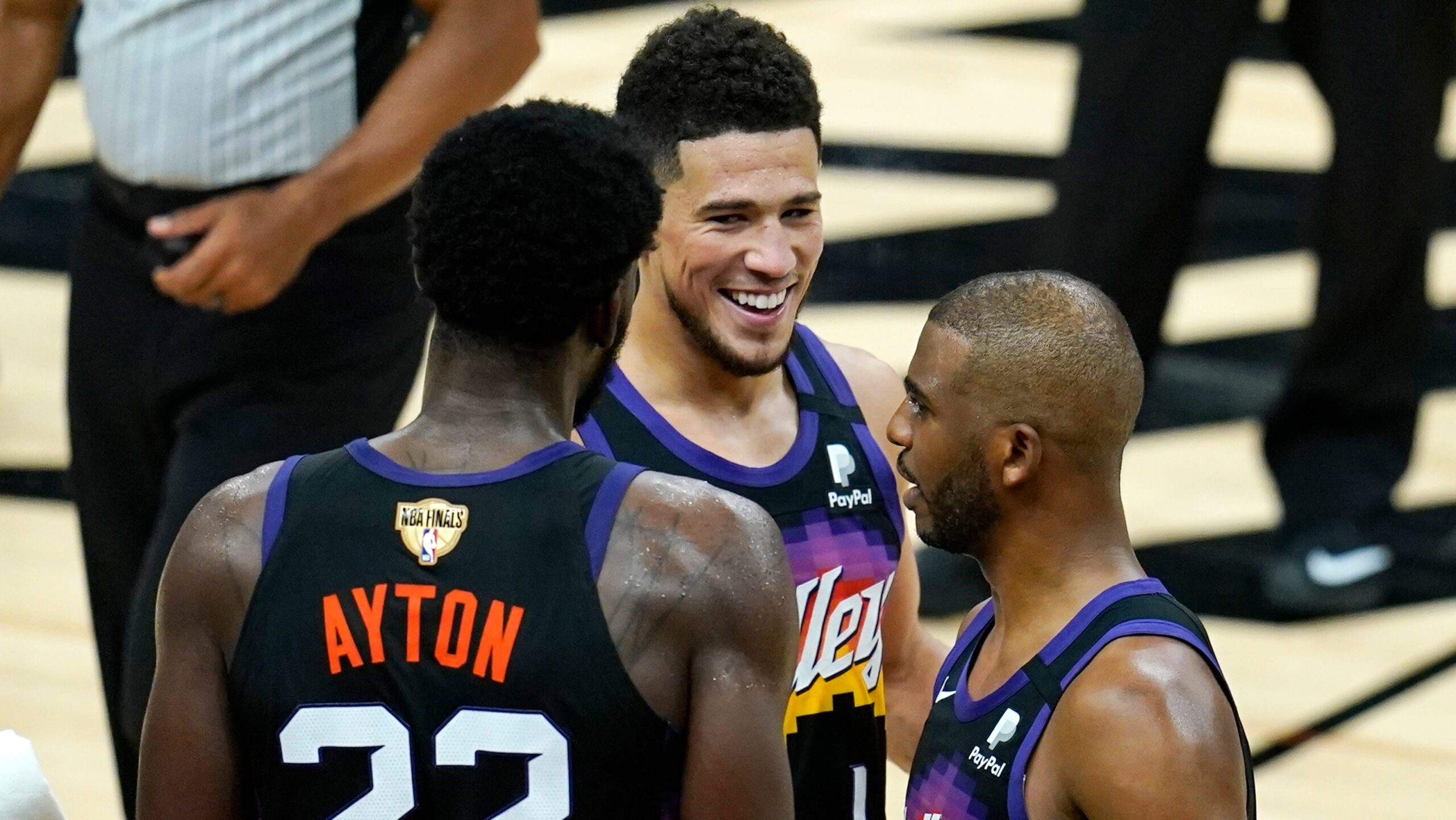 Every season, there is another side to the confetti after a team wins the NBA Finals. After the Milwaukee Bucks came back and won four games in a row to take home the Larry O’Brien Trophy, the Phoenix Suns ended their season with a sour taste in their mouth.

After absolutely dominating the first two games at home, NBA fans thought that the series was close to over. Phoenix looked and played like the better team and found themselves in a comfortable position. However, their inability to keep the Bucks off the glass and protect against second chance points caused a shift in momentum and eventually the series.

However, NBA fans across the world would consider this season a major success for Phoenix. First off, hardly anybody had them making it to the Finals. Their playoff run in general showed signs of greatness from every single player on the court.

Also, this is the first year that we’ve seen this young core play in the playoffs.  From Booker to Ayton to Cam Payne, it seemed like every single player had a stand-out game that contributed to their exciting playoff run. This is something the Suns can build off looking into the future. Their young core learned this season how to compete at the highest levels of basketball and what it takes as a team to recreate similar playoff success. This Suns team will most likely be in the playoffs for years to come and this season was only the beginning.

Looking closer at the season as a whole, here’s more of what fans have learned about this team.

Devin Booker is a Star:

If you watched any Suns playoff game this season, this is obvious to you. During the playoffs, Booker put himself on the map as one of the best scorers in the league. Playing 40 minutes per game in the playoffs, Booker averaged 27.3 points, including multiple 40-point games in his first playoffs. This included back-to-back 40-point games in the finals.

Booker consistently performed on the biggest stages. He proved that even at the age of 24 he can lead a team and be the main scorer on a championship contender. This is something that Booker has wanted to prove ever since he’s come into the league.

The scary thing is Booker is in his sixth season and still is only 24 years old. This means that although he is already a top-20 player in the league, he still has a lot of potential yet to be found. His game is still improving. He might have already proven a lot throughout this season, but there still is time to get even better. One area he can improve includes his three-point shot. Although he is known as a top-tier mid-range scorer, if he could bring his shooting percentage from three up from 34% in the regular season, Booker’s game will be on another level of dominance.

DeAndre Ayton has the potential to rock the league:

Although no one has considered Ayton to be a bust, Ayton has definitely not played as well as compared to other players taken behind him in the 2018 draft, including Luka Doncic and Trae Young. However, Ayton showed that he is an important and reliable player and has the ability to score the basketball and be a reliable scorer for the Suns.

In the playoffs, he averaged 15.8 points on 65% from the field, both statistics being higher than in the regular season. This included multiple games where Ayton found himself with 20+ points on 10-15 rebounds per game. He actually joined Hall-Of-Famer Kareem Abdul-Jabbar as the only two players in NBA history to have 20+ points on 75% from the field and 15+ rebounds in their first NBA Finals game.

However, one might say Ayton took a step back as the series went on. He took a back seat on scoring, being less aggressive particularly after the first game. After scoring 22 points in game one, he finished the series averaging only 14 points per game.

For the Suns to be back into championship contention, Ayton needs to continue to be aggressive as a consistent second or third scoring option for Suns. As the Finals progressed, you saw him take more contested jump shots or hook shots. He needs to do more of what he did in Game One of the Finals, positioning himself in the paint and making strong moves to the rim. This allows him to use his height and either finish at the rim or go to the free-throw line, where he shoots 77% from.

Phoenix just could not keep Milwaukee off the offensive glass and that probably cost them the series. Although a lot of this can be put on Ayton’s foul troubles in Games Three and Six or the injury to power forward Dario Saric, it’s smart for the Suns to try and get more depth for their bigs over the off-season. They do not need a star player or make a league-changing trade. It’s more of a player who can come in when Ayton’s out and provide big rebounding numbers off the bench. This may come from 2020 first-round pick Jalen Smith, however his playing time this season shows the Phoenix Suns do not see him as the right fit.

The perfect example for this is what center Dwight Howard brought both the Los Angeles Lakers last year and the Philadelphia 76ers this year. Howard did not play big minutes, but when he was on the court he rebounded and brought energy to the team. If the Suns were to get this type of player, it would provide a lot of help in their rebounding numbers that ranked 18th overall during the regular season.

For the Suns to make it back to the Finals, it will be tough. With teams like the Los Angeles Lakers and Clippers as well as the Golden State Warriors returning injured players, those teams will be back in the title chase. The West also consists of teams like the Denver Nuggets or Utah Jazz that are capable of breaking out at any point. The West is as good as ever. However, the Suns will look to keep point guard Chris Paul and with him returning, there is a good chance the Suns will be a top team come next season.