Phoenix Suns: Will They Repeat Success? 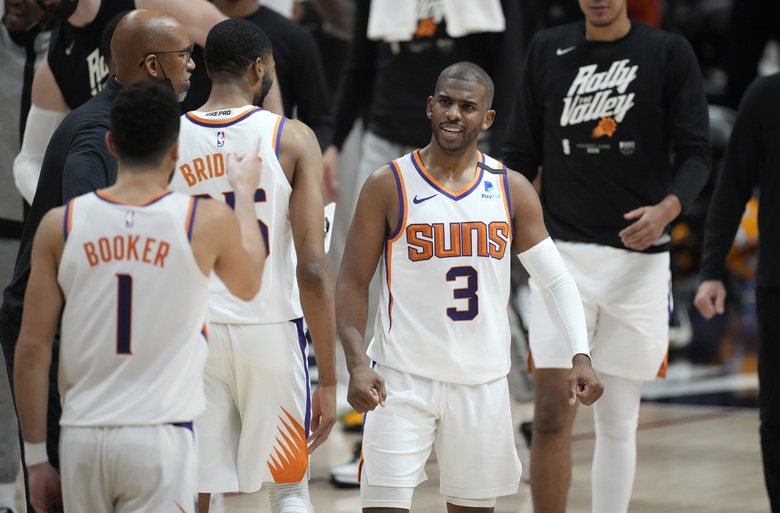 After an incredible season and a trip to the NBA Finals, the Phoenix Suns started the 2021-22 season with their first practice on Tuesday. Their goal is to not only make it back to the NBA Finals in June, but, this time, to win. However, teams around the NBA and especially in the West have gotten more competitive, adding players and depth to already winning rosters. This includes even teams in their own division like the Los Angeles Lakers who added future Hall-of-Famers Russell Westbrook and Carmelo Anthony to their already championship roster and the Golden State Warriors who are finally expecting the return of Klay Thompson in the middle of the season as well as adding a lot of veteran depth in Andre Iguodala and recently acquired Avery Bradley.

However, unlike the Suns, these teams are figuring out how to play with each other. Phoenix has an advantage over these teams due to their ability to bring back their entire championship core. This includes the re-signing of Chris Paul, who signed a 4-year, $120 million contract extension over the off-season. In re-signing Paul, not only did the Suns get back a great player,  but they also managed to bring back their leader.

“Just having the same point guard helps for us,” said Head Coach Monty Williams, “Chris made a remark to me saying next year we are going to be above the game as far as continuity goes.”

The Suns’ young core of Devin Booker, DeAndre Ayton, Mikal Bridges, and Cam Johnson will not only return, but they now have the experience from their Finals trip to make a splash during the regular season. They’ve played in enough big games now to understand what it takes to win.  Also, due to their age, they feel like there still is work to be done and ways to improve, something that other young teams can not say when it comes to their main players being under the age of 25.

Along with their young core, players like Jae Crowder and Cam Payne will be expected to produce at the same level as last year. For Crowder, he will be their three-and-D guy alongside Mikal Bridges. Payne, on the other hand, proved not only to the organization but also to the entire NBA world that he belongs on the court as the back-up point guard to Paul. After a full year with the team, he feels confident in his ability to be a spark-plug off the bench when Paul is off the court.

“I would say it’s easier than last year, said Payne, “When it comes to player to player in that aspect we’ve been here before, we know how to be vocal, we know the plays before some of the other guys and obviously it’s going to be easier because we all know our tendencies.”

On top of returning a majority of the players from last year’s roster, the Phoenix Suns signed players to come off the bench who will provide leadership and provide an upgrade to the second unit. This includes center Javale McGee and shooting guard Landry Shamet. McGee, who will play in spurts for the Suns, will have a bigger role this season than in Denver due to the injury of Dario Saric. Saric, who tore his ACL in the Finals, will likely miss the season, leaving McGee and Jalen Smith to fill in those minutes.

For Shamet, it sounds like he will have a big bench role come the beginning of the season. Monty Williams said during his press conference that he expects Shamet to be able to take some of the scoring pressure off of Paul and Booker at the guard position and work consistently in the second unit with Cam Payne as a playmaker. Shamet, who worked with Williams in Philadelphia in his rookie season, had been a target for the Suns during his free agency. Williams is excited about adding a player like Shamet to a pretty complete roster.

“With guys like Landry, you don’t have to do much to be a role model,” said Williams. “To be able to coach him again and have him be a part of our program is delightful for me.”

Overall, the Phoenix Suns will have high expectations going into the season. With their returning players from their Finals appearance, along with those they signed in the offseason, this team is locked and loaded to compete for the Western Conference. However, the big question is can they beat the Lakers in a seven-game series once again. That’s something we’ll have to see when the regular season starts.