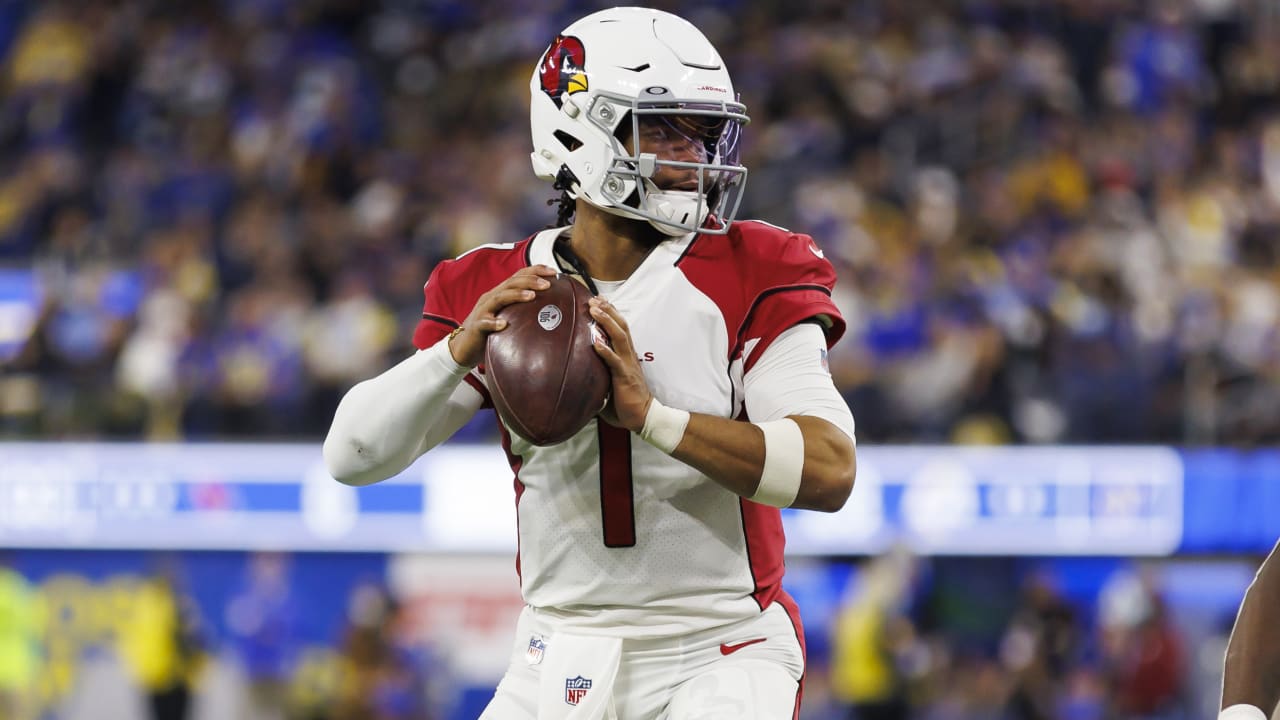 The Arizona Cardinals have struggled to truly find their footing to start the 2022 regular season. This is a team that has led for only one play all year. This week helped supply evidence regarding the narratives surrounding Arizona and Kliff Kingsbury’s play calling after just a few weeks. Play calling has been very questionable to start the year and Arizona’s third down woes might end their season before it’s really even started. Here are 3 key takeaways from the Arizona Cardinals week 3 loss.

Arizona had some questionable calls all throughout the day. It’s been well documented that the offensive line has had its struggles this season and play calling didn’t help them against L.A. A prime example came with 2:35 left in the first quarter. Arizona lined up in empty formation for a second down and six, down 10 points. Having only 5 up front to protect him, Kyler Murray was forced to scramble before being brought down for a sack via Aaron Donald. This set Arizona up for a third down and long that they were unable to come back from. Running empty formation on a second down and manageable when playing Aaron Donald just isn’t going to work.

Kliff Kingsbury has to do a better job of helping his offensive line, especially in situations where losing big yards could be detrimental. Plays like this resulted in too many third down and longs for the Cardinals to handle.

Arizona has struggled to get the ball deep downfield this season. Kyler Murray has done a good job of taking what’s there, but Arizona needs more passes thrown over the top and they need to be timed better. They only attempted to push the ball downfield on third and fourth down instead of trying to take a chance on first down.

For example, announcer Mark Sanchez helped point out how the Cardinals had Marquise Brown run a double move on a fourth and four late in the fourth. That double move got them the first down, but Brown really only needed a 5 yard curl to get it. Those were the plays the Cardinals needed to run on first down. Instead, they often ran the ball or threw 3-5 yard curls on first down. Arizona just didn’t seem to understand when to be aggressive and when to take what’s given. If they flipped their first down and third down play calls, the offense would probably produce more. Offensive play calling has not been this team’s strong suit despite having an offensive head coach. If things don’t change soon for this offense Kliff Kingsbury may be on the hot seat sooner rather than later.

Things are starting to heat up for Kliff Kingsbury very early on in the year. Arizona’s offense looks like it’s taken a huge step backwards. Not having Deandre Hopkins is obviously hurting this offense but they can’t rely on one player all the time. There is no reason for Arizona to lose when holding one of the league’s best offenses to just 20 points. Arizona faces the Panthers this coming week followed by the mighty 3-0 Eagles. The offense needs to pull it together this week before Arizona’s playoff chances fade. If Arizona can get the run game going and get some passes over the top, expect them to have a big day and hopefully begin moving in the right direction.

Chargers Woes Continue! Say It Ain’t So Joe!
Silas and the Family Stone