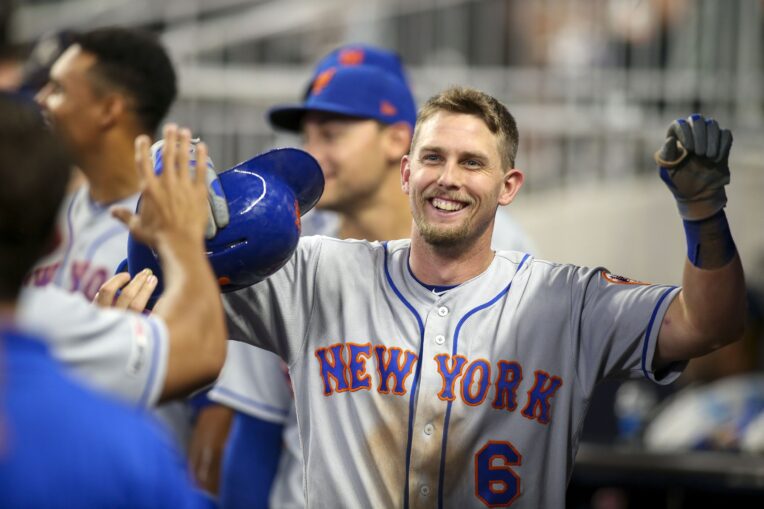 The term “a lost season” is a phrase that Met fans seemingly hear year after year. The struggle to build a competitive ball club together for consecutive campaigns is disheartening for the fans, but these constant let downs are why Met fans come together and are one of the most passionate fan bases in all of sports. While this year was looking like another one of those lost seasons, there were a few players on the Mets that gave fans a reason to watch, cheer, brag, and attend games. Besides the player who showcased his raw power at the Home Run Derby, Pete Alonso, the other perhaps quieter star on the Mets is Jeff McNeil, who is having a special season of his own. While seemingly hiding in Alonso’s shadow of big plays and highlight reel moments, McNeil has a great chance, bardening any injury, to take home the N.L. Batting Title. The last Met to do that was Jose Reyes back in 2011 (.336 BA).

Met fans, like most fan bases, love to jump the gun early when a player is red hot out of the gate. But this year was a different story, as McNeil ran out of the gate and is still going strong, perhaps even better than he was at the start. After the Mets acquired Robinson Cano in the trade for the closer Edwin Diaz, who blows almost every save situation, as well as having Todd Frazier at third, getting consistent at bats for McNeil was going to be difficult. To dd to the situation, it didn’t help that the newly hired General Manager Brody Van Waganen made some bold statements about the team and how the National League East would have to run through them, and that just getting at bats was not going to cut it. Great at bats, not even good at bats, were going to dictate just how much action McNeil was going to see in his rookie campaign.

Well, McNeil’s at bats have been alright at best. The second year player  is only hitting .340, which currently is good enough for the league lead, as well as 14 home runs and 50 RBI’ss to go along with it. He has been the most consistent hitter on the Mets, and has given the fans a great player to rally behind, when for the longest time this year it seemed to be a waste. And to top this amazing season off, McNeil on Monday night became the fastest Met in Mets history to 200 hits. He was able to accomplish that feat in just a mere 599 at bats. Being an everyday starter at a primary position is not an easy feat at all, but how about playing multiple foreign positions? McNeil is a second baseman by trade, but previously mentioned Robinson Cano is not leaving that position, so McNeil has had to learn on the fly to play the outfield, a position the Mets have major holes in. And wherever he has been plugged by Mickey Callaway, he has done a great job. He has played second and third this season, as well as getting a lot of action in the outfield, quickly becoming an ultra utility player for the Mets to utilize.

While balancing the MLB stardom limelight, sharing the center of attention on a weak team with big aspirations, playing foreign positions, McNeil has surprisingly only committed three errors this year. That’s it, which is a miracle for a team that is not known to be steady with the gloves.

With the Mets now creeping back into the standings with two months to go, all of McNeil’s stellar hits, walks, baserunning decisions, and fielding decisions gave them a fighting chance. But if the Mets want to do something that two weeks ago was unheard of, earning a wild card spot, McNeil will have to continue doing what he has done all year: play the game he has played since he was a kid.