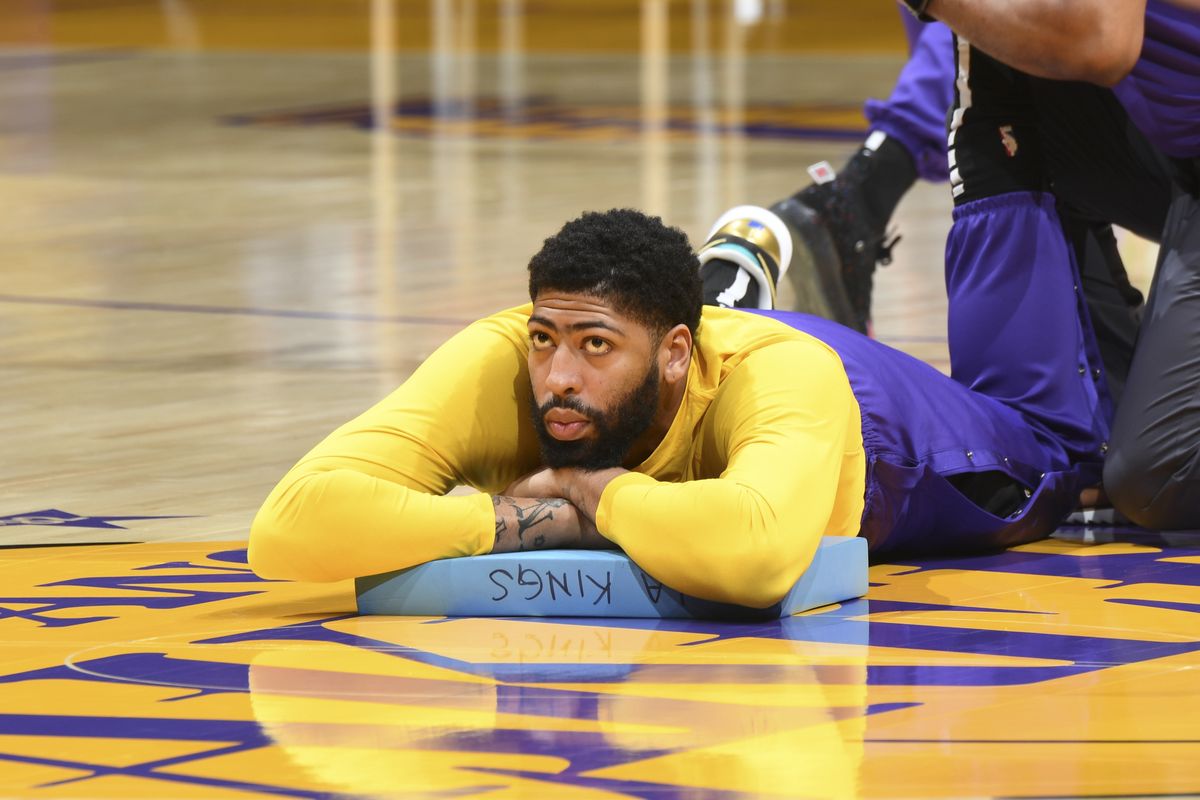 Los Angeles Lakers Anthony Davis will sit out the next four weeks after being reevaluated by team doctors Thursday for an Achilles injury. Head coach Frank Vogel broke the news following the lost to the Brooklyn Nets.

“He’s (Davis) going to be out for four weeks,” Frank Vogel said. “We want to try and put this behind him. We want to be conservative with it just to make sure it’s full healed before he’s back.”

ESPN’s Adrian Wojnarowski tweeted earlier in the week saying the MRI revealed a calf strain and Achilles tendonosis. The star forward will have another reevaluation in two-to-three weeks to see the status of the injury. It is highly unlikely that Davis will make the trip to this years All-Star game.

What This Means For the Lakers

This entails quite a few problems for the Lakers in the near future. To begin with, LeBron James will have to carry the load of leading the team to victories night in and night out. Yes he has all the capabilities to do this, but in year 18 Vogel should look to rest the superstar more. Especially for the simple fact that the Lakers had the shortest off-season out of every team.

In addition to LeBron needing to be more aggressive on the offensive end, the role players must do their part. Replacing Anthony Davis’ production is nearly impossible for one single player to do. However, in a collective effort the Lakers’ role players can help fill that void by doing their part. In simple terms, shooters have to hit open perimeter shots, play defense with a passion and maintain the energy for all four quarters.

Since Davis’ injury, the Lakers have gone 1-2 the past week. If the Lakers want to maintain their position and make another Finals run, they must allow AD to fully heal and do their part in his absence. Should they stay afloat in his absence that only makes this team much stronger. I say this in the aspect that they will be battle tested without their superstar forward.