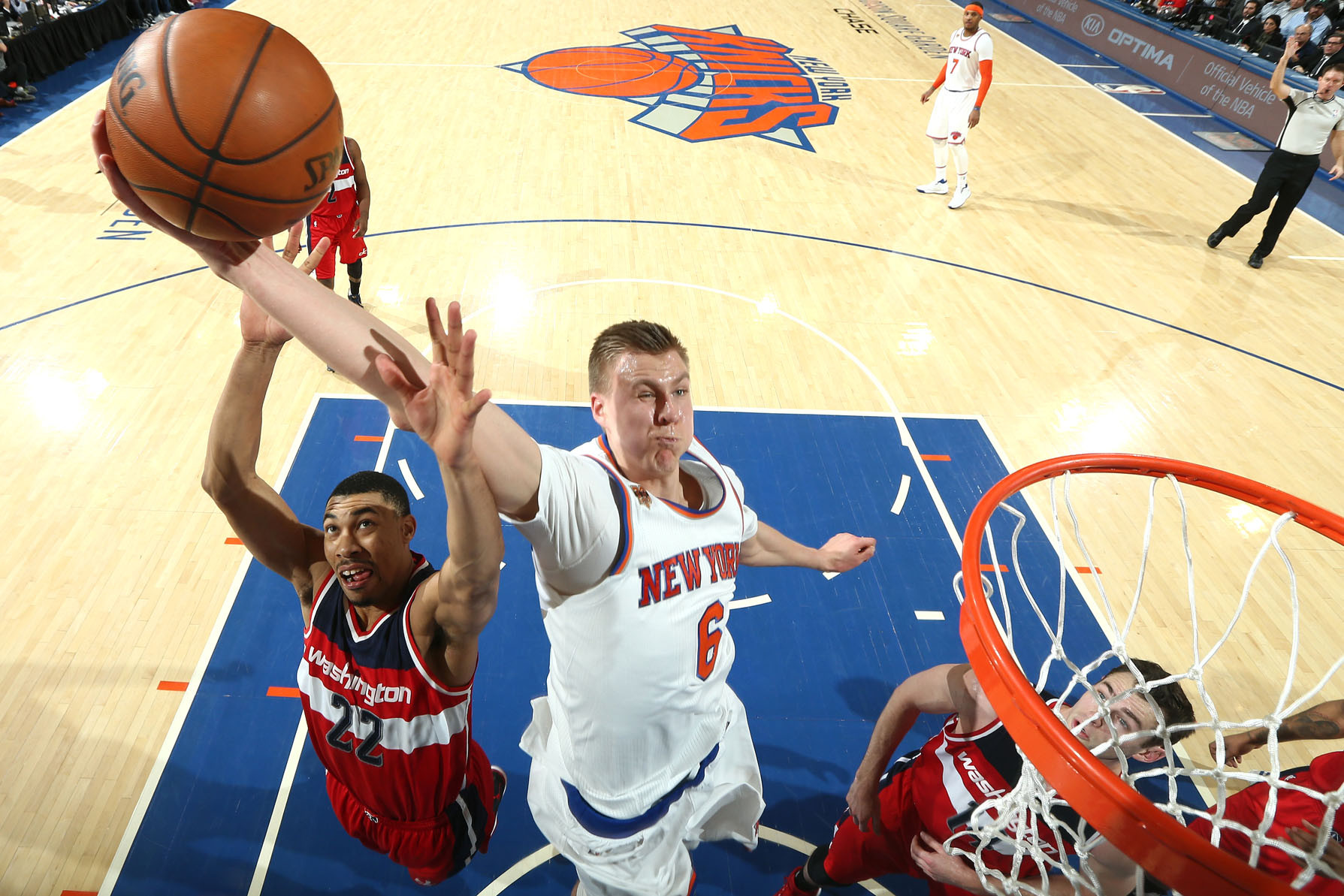 At just 22 and entering just his third NBA season, Knicks forward Kristaps Porzingis is making a name for himself around the league. The 7 foot 3 inch product out of Latvia is opening a many eyes already in the young NBA season. The number 4 pick in the 2015 NBA draft is single handedly carrying the Knicks franchise up the Eastern Conference Mountain.

A new Knicks era began this off season when the team traded away their superstar small forward Carmelo Anthony. The team now needed a new face to lead them and a star to build around. Kristaps Porzingis is doing everything in his power to be that star. He has put up six 30 point games already this season. The Knicks who have had one of the league’s worst win percentages over that least few season, desperately need to get something going if they plan on attracting big name free agents this off season.

In the Knicks season opener on October 19, 2017, Porzingis poured in 31 points while collecting 12 rebounds in a 105-84 loss to the Oklahoma City Thunder. Just eleven days later, the Latvian product scored a career high 38 points in a 116-110 win over the Denver Nuggets.

The fun didn’t stop there, last Friday night the Suns were victimized for 37 points by Kristaps Porzingis in 120-107 Knicks home win. On that same night, it was the first time the young forward heard MVP chants from the Madison Square Garden crowd. The win put New York at .500 with a 4-4 record.

After the game, Porzingis told reporters in the locker room that he intends to be one of the NBA’s best. Knicks coach Jeff Hornacek is doing his best to get as many minutes for Porzingis in the rotations after his hot start.  Porzingis’s super performance start to the season has also included some monster ducks and electrifying rebounds on both the offensive and defensive ends. Creating a Knicks highlight for the ages.