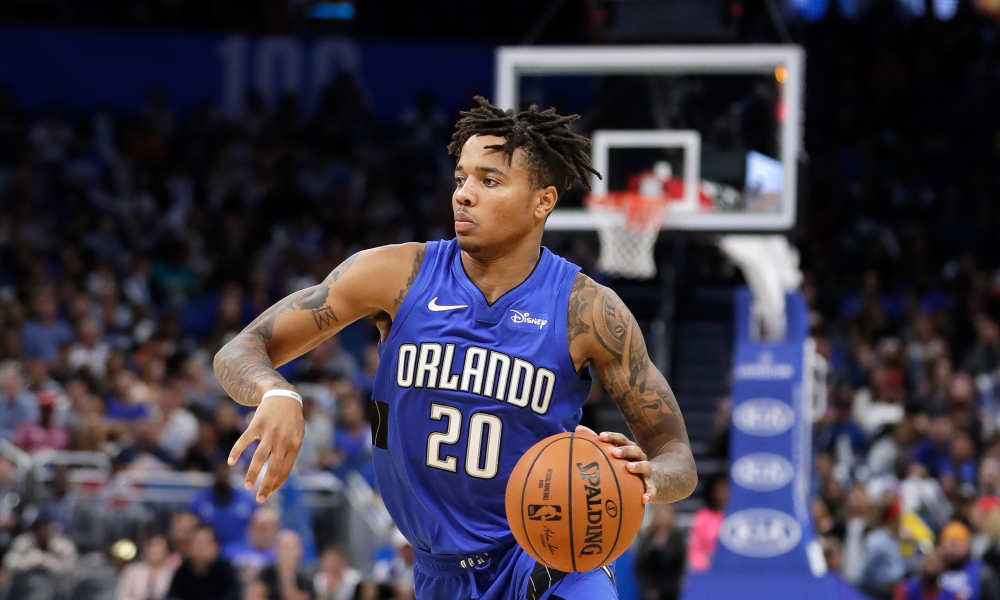 Positionless basketball is taking the league by storm

There is no doubt positionless basketball is ravaging its’ way around the NBA. More frequently than ever, teams are drafting based on talent more than fit. The perfect example is the Orlando Magic and their never-ending wing depth. With players like Franz Wagner, Chuma Okeke, Wendell Carter Jr., Jonathan Isaac, and their number one overall draft pick, Paolo Banchero, this team’s length is really unparalleled across the association. And that’s not even mentioning their big boys down low in Mo Wagner, Mo Bamba, & Bol Bol, all of which can stretch the floor too.

All that said, their positionless basketball thrives not just from their length but also their youth movement. Every player listed above is no more than 25 years old. Furthermore, the team’s average age is 23.5, with Terrance Ross being the only baller in their 30s. Ultimately, this youth movement in Orlando suggests heightened roles for some of the younger yet experienced players.

An unmentioned player so far but an essential contributor to Orlando’s success is the third-year guard from North Carolina. Furthermore, the Magic start camp without Gary Harris and Markelle Fultz, two of the team’s older players. Therefore, Anthony’s presence as a leader, both on and off the court, is essential for this young group’s success. And he knows it too.

“Shoot, I do kind of feel like a veteran, especially on this younger team,” Anthony said. “I want to help the young guys, and honestly everyone, to help this team be the best we can.”

Additionally, Anthony entered camp with more weight than in previous seasons. Good weight, of course, as he’s focused on improving his finishing through contact at the rim. As this team’s leading scorer from a year ago, there are certain expectations for continued improvement. Most notably, Anthony’s facilitating needs to be better, as the Magic lack a true point guard without Markelle Fultz. Even so, this team’s positionless basketball rests on a different guard’s progress offensively.

Although Suggs narrowly missed out on the NBA’s All-Rookie Teams, his defense shined throughout his rookie campaign. If the NBA created defensive rookie teams, Suggs would likely top the list thanks to his high IQ and quick hands. Specifically, Suggs finished in a tie for the 8th most steals amongst rookies, albeit on significantly fewer games played. However, on the other end of the court, Suggs struggled with his jumper.

On just over four attempts per game, Suggs offered up a rough 21.4% three-point percentage. Similarly, if you analyze his mid-range shots by distance, his percentages also lacked efficiency. From 3-10 ft, Suggs shot 31.3%. From 10-16 ft, he made 39.5%. Lastly, from 16 ft until the three-point line, the 21-year-old posted a 30.6% efficiency. Even so, Suggs did not shy away from his downsides and expressed confidence in his ability to raise those numbers in year two.

“The biggest thing for me was just being consistent, you know, doing the same thing each and every time I go to put the ball up,” Suggs said. “The other part is the belief in it, having the confidence that every time I shoot it, I know that this ball is going in the basket.”

The reason why his shooting success impacts this team’s positionless basketball is in the late-game scenario. The Magic would love putting out Cole Anthony when Orlando needs a stop and score on the other end. However, his defensive lapses might run them into problems. Therefore, Suggs should be the lead ball handler, and if he wants to run the combo guard spot in the future, his offense needs to show up. Similarly, leaving just Suggs out there improves the Magic’s post presence, which may be problematic this year, despite their length. Nobody impacts the Magic’s positionless basketball like this next guy, though, as he affects all aspects of the game.

Paolo Banchero unlocks a whole different threat for the Orlando Magic. In a previous article, we discussed the possibility of Orlando running an ‘All Bigs’ lineup that heavily centers around two people: Jalen Suggs and Paolo Banchero. We already mentioned why Suggs’ role is vital as the guard-dominant league requires his impeccable on-ball defense. However, Banchero’s role is so much more encompassing. Not only is his presence needed offensively and defensively, but also on the boards and in facilitating the basketball. Now, this is clearly a lot to ask from a rookie, but that’s what happens when you are the number one pick.

At Duke, Banchero accomplished all this by posting nightly averages of 17.2 ppg, 7.8 rpg, and 3.2 apg while forcing two turnovers (steals and blocks added together) also. The one facet he needs slight improvement on is passing. In college, his game-high for assists was nine, but his averages lacked. For someone who will likely run the offense in a coast-to-coast style, his court vision and defensive reads need to be ready for NBA defenses.

That said, he mentioned he picked up on many of the changes while playing in the summer league. Changes as in the different offensive styles, the spatial differences, and understanding his role through conversations with Coach Mosley. Ultimately, Paolo expressed immense confidence and poise in himself and this team going forward, but it all begins and ends with the success of this young 19-year-old.