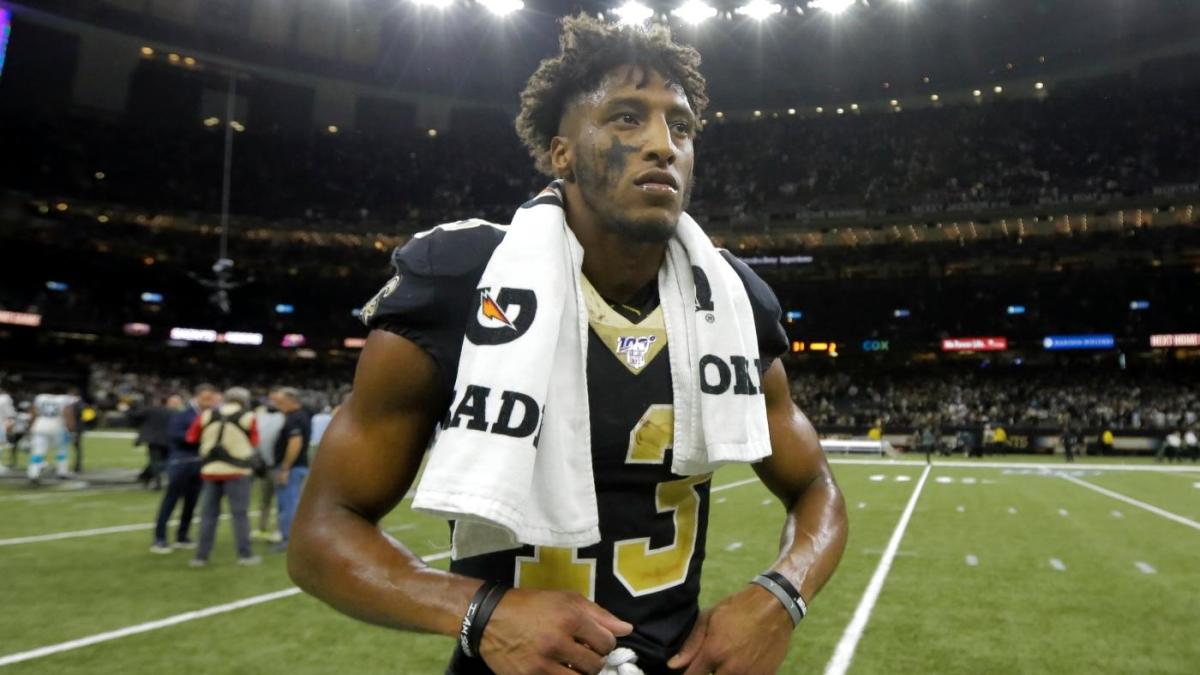 In my last post, I highlighted the top five running backs you should target to carry your fantasy football team this fall. Now, I would like to give you my thoughts on the top five pass catchers you should go after to make your team a competitor in that office league you always try to win.

Thomas has led the league in receptions for two consecutive seasons and set the NFL single season record for receptions last year. This feat is even more impressive when you remember that Drew Brees was out for five games last season with an injury. Thomas finished as the WR1 last season, and I do not expect that to change this year; even with the arrival of veteran Emmanuel Sanders to New Orleans. Sanders is the only real “threat” to take targets away from Thomas, but when you take into account the rapport Drew Brees and Michael Thomas have formed over the past several seasons, there is no reason why Thomas shouldn’t have another monster season.

Adams finished as the 29th ranked wide receiver last season, but that can be attributed to being injured for a large portion of the season. If he had been healthy throughout the season, Adams probably would have cracked the top ten. Hopefully, 2020 will be a different story for the veteran. Adams might be the only other guy in the NFL who can challenge Michael Thomas for more receptions this year. For some reason, Green Bay chose not to take a receiver from one of the deepest draft classes at the position in draft history. This leaves Adams to do most of the heavy lifting at the wide receiver position for the Packers yet again. His connection to Aaron Rodgers is special to be sure, as he drew 31.7% of the team’s targets last season. Look for Adams to have a special year this season.

No wide receiver has been as consistent this past decade as Julio Jones. Jones has finished inside the top-ten fantasy wide receivers in all but one season going back to 2012. Over the past five seasons, Julio Jones has led the league in yards per game three times. He did not do this last year, but he did rank sixth overall in receptions and second overall in receiving yards. In the offseason, Atlanta lost two key offensive players Devonta Freeman and Austin Hooper. They will be replaced by Todd Gurley and Hayden Hurst. These roster shakeups do not mean too much to Jones, who will obviously remain the team’s number one offensive weapon. The only thing these departures could mean is more red zone targets for Jones, as Hooper was one of the Falcons more targeted skill-position players inside the 20 yard line.

As long as Hill has superstar quarterback Patrick Mahomes throwing the ball his way, he belongs in the top five fantasy wide receivers. Last season, Hill missed four games with injuries and left another two games early. His ten complete games produced the third-most points per game from wide receivers across the league. If he plays a full slate of games this year, there is no denying that Hill will be an elite pass catcher for your fantasy team. Neither his speed nor Patrick Mahomes’ arm is going anywhere anytime soon.

Last season marked the second time in four years that Mike Evans has ranked in the top three receivers in fantasy points per game. It will be interesting to see whether or not Evans’ dowfield game will regress with the arrival of Tom Brady. I am not so sure it will. According to Pro Football Focus, Brady has had a higher passer rating than Jameis Winston on deep balls for four consecutive years. While Evans might not see the ridiculous amount of deep passes this year as he has in the past two years, he will get better ones from Brady than he did with Winston. Also, his stature and leaping abilities will probably make him Brady’s favorite target to go to in the red zone. I feel like Evans’ fantasy totals in 2020 will be more elevated from the amount of touchdowns he catches, not how many receiving yards he has.