Preseason Pretty Disappointing for the Chargers 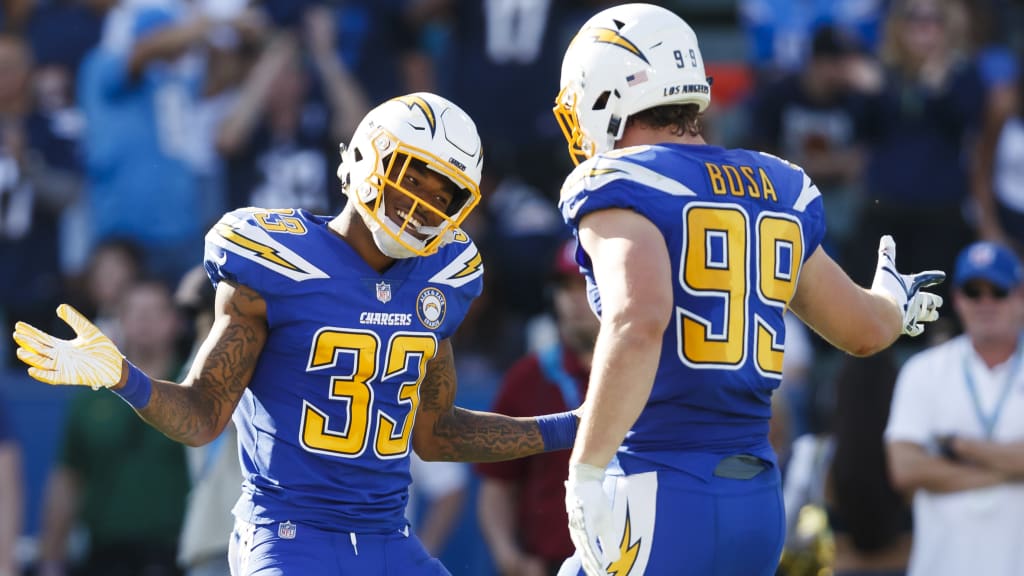 The Bolts had no spark and lacked basics like proper tackling. The special teams and run game were simply ugly. Special teams allowed a 98-yard kick and an 86-yard punt to be returned by the Cowboys’ KaVontae Turpin. Turpin was doing his best Devin Hester impression. The Cowboys certainly knew what they were doing when they brought the USFL 2022 MVP in for a workout and signed him to a three-year deal on July 27, 2022.

The Chargers fell short allowing big gains overall. They were showing signs of what plagued them last season during this game. Keep repeating, “it is preseason.” However, if the coaching staff cannot get this talent pool to thrive and put up a majority of W’s for the season, it might be time to change the coaching staff.

Uncharacteristically, the Chargers struggled to establish the run game. When your third string quarterback holds the game record as the leading rusher with 24 yards, it was a seriously bad day. Just keep saying, it is preseason. It is still a sad excuse of a performance. I am sure the team feels it. Losses like this, preseason or not stick with you. I don’t believe it has anything to do with Storm Norton starting at right tackle over Trey Pipkens. Pipkens did get his shot. Both right tackles had their moments, but the battle still rages on. More is to come before we see the right tackle starting position awarded.

Despite the downward performance trend of this game, there were some upsides, especially for Chase Daniel and Easton Stick. They will both be making the 53-man roster. Daniel looked a little bit better than his previous outing. Joshua Palmer and Michael Bandy continued to prove themselves. They will be counted on to be major contributors for the Chargers this season. Bandy had 8 receptions for 69 yards and a touchdown. Palmer had 3 receptions for 75 yards and a touchdown. These first two preseason games for Palmer and Bandy have shown that there is huge potential if the pieces fall into place. The other shoe dropped on Monday when Palmer had to enter concussion protocol. He should have plenty of time to clear through before the Chargers week 1 matchup against the Las Vegas Raiders.

Some defensive players also shined in the loss. Third year defensive end Chris Rumph II and second year linebacker Jamal Davis II stood out. Davis showed good presence to set the edge and stop the run. Rumph was able to pressure the quarterback in the passing game. Another strong showing came from the third-year defensive lineman, Joe Gaziano out of Northwestern. Gaziano had a sack along with two tackles and assisted on two other tackles.

Though this is far from mid-season form, and it would be better to come out of the gate strong, the Chargers can recover from these losses. It is only preseason. There were some promising things to see. Palmer and Bandy are showing themselves to be capable of being key contributors. The younger defense will need to develop, but it should create longevity for the defensive line. We will have to see what they are capable of when it comes right down to it. Knowing what Brandon Staley can do, I believe he has a plan, and he will succeed.