Prospects to Know in the 2022 Men’s College World Series 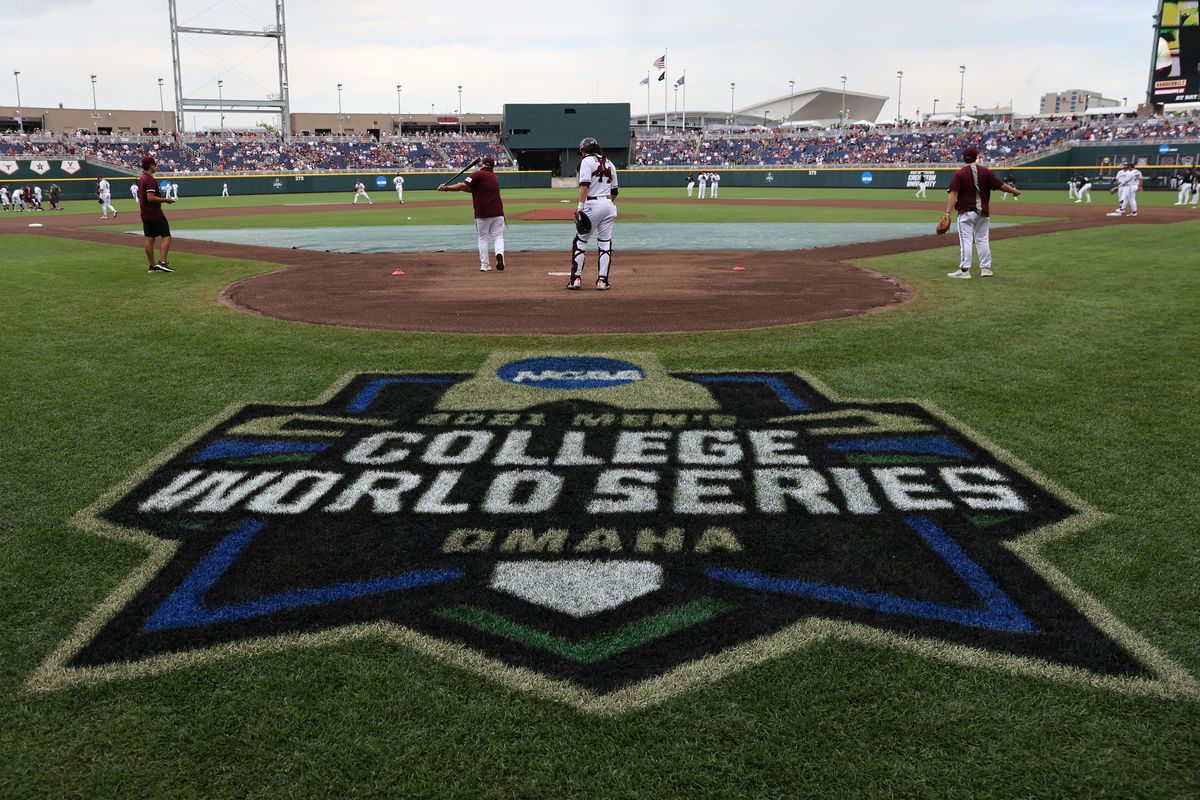 The Men’s College World Series begins this weekend, and there are plenty of players who will be drafted next month.

The College World Series begins Friday afternoon with the final eight teams vying for the championship.  For MLB fans who perhaps do not follow college baseball closely until June, this will be a primer on the top players who will be drafted next month. Looking back at last year’s list, SP Chase Silseth of Arizona became an 11th-rounder and has already debuted at the MLB level.  Who will be this year’s diamond in the rough?

All rankings refer to MLB Pipeline’s current top 200 list.  Plenty more guys playing will be picked in later rounds, but I will limit this to just the top 200.  Teams will be listed by their national seed.  On-field stats come from D1 Baseball.

Stanford is the highest seed remaining, but they were very nearly knocked out in both the Regional and Super Regional.  They needed a winner-take-all game to defeat both Texas St. and UCONN, and now head to Omaha as slight World Series favorites.  Brock Jones (31) paces the offense with a .327 average, 20 home runs, and a team-high 15 steals.  His combination of power, defense, and plus speed put Jones in the first round mix, but a rough stretch this season raises question about his ability to hit long-term.  Whoever picks him thinks he will be more than just a platoon bat.

On the pitching side, the Cardinal starters are not drawing attention for this year’s draft.  But reliever Quinn Mathews (187) will be an interesting pick in the middle rounds.  He has four pitches and needs each of them in order to go multiple innings.  An above-average disappearing changeup complements a vanilla fastball hovering around 90 MPH, and he also throws a slider and slow curve.  If his command does not improve in pro ball, then he will pitch in shorter stints.

As a high seed undefeated in tournament play, it is not surprising to see A&M reach the World Series.  But it would have been surprising before the season, considering the Aggies finished last in their division in 2021 and have a new manager.  It is even more amazing considering they have no prospects in the top 200.  If you are looking for a cool story to root for, this is your team.

The horns are turned up this season, as a familiar face returns to Omaha with a boatload of talent.  Texas cruised through their Regional but had to come from behind to take down East Carolina on the road.  They have no high-end prospects but plenty of mid-tier guys, starting with fearsome slugger Ivan Melendez (115).  An average hit tool and plus power make Melendez a lot of fun to watch (1.404 OPS!), but a complete lack of defensive versatility him from going early.  The Marlins picked him in the 16th round last year, but he will comfortably beat that this time around.

What does it take to get drafted with an unexciting fastball?  Meet Pete Hansen (125), Mr. Reliable for Texas.  The lefty leads the team in innings, wins, and strikeouts, and he is second in ERA.  Driving below the speed limit means he must have plus command to succeed, and the movement on his slider gives him a plus pitch.  A slow curveball is also above-average, and Hansen has the potential to throw harder than 90 with more development.

High-floor prospects are always appealing, and Trey Faltine (149) is a no-doubt shortstop.  Plus defenders and good baserunners have a lower offensive bar to clear, but he might not be able to do that.  Faltine faltered on the Cape last summer, and his 101 strikeouts this season are among the highest in the nation.

One of the more recognizable names at the World Series this year, Silas Ardoin (150) is a team leader and one of the best defensive catchers in college baseball.  If all good defenders have a high floor, that is a especially true of catchers where league-wide batting is so poor.  Ardoin’s hit and power tools are a bit below average but improved this year, and they certainly complement a strong arm and receiving skills.

The last name to make the list, Douglas Hodo (200) brings 65-grade speed and plus fielding to an otherwise plain profile.  Good bat-to-ball skills can compensate for little power, but Hodo must stay within himself to find some short porch home runs and hustle doubles.  This is an old school fourth outfielder prospect.

A common entry in Omaha, Auburn put up football scores to win their regional and then held off Oregon St. on the road.  Like Texas A&M, they amazingly do not have any prospects in the top 200 this year.  If you still want someone to pay attention to, big man Sonny DiChiara is the guy, and he will likely go in the later rounds.

Robbed of hosting a regional, Notre Dame has made the committee pay by sweeping through Statesboro and then upsetting #1 Tennessee.  This team hits so well they won’t even need the luck of the Irish at the World Series.  But scouting eyes are on the pitching side, somewhat surprisingly, in the form of Jack Brannigan (163).  A two-way player, Brannigan is a better pitching prospect despite throwing less than 15 innings this season.  Pipeline thinks he has what it takes to start, but he would need a long development runway with so few innings under his belt.  A 70 fastball and plus sweeper are fit for relief.

Last year’s #1 seed, Arkansas had to go on the road and beat Oklahoma St. before walking off on North Carolina.  Pay attention late on the first night of the draft, because the Hogs could have two players going in the comp round.  Cayden Wallace (37) brings good power and a very strong arm to the field, making him a playable third baseman or a solid right fielder.  He is tied for the team lead in homers and also leads them in steals.  Wallace has a clear hot zone inside and cold zone away, so he will have to adjust or pick his pitches carefully.

Peyton Pallette (40) might have been the first pitcher taken, but Tommy John surgery this spring knocked him down the board.  He has a plus fastball with good movement and an even better curveball that drops off the table.  A hard changeup and average control round out the picture, both of which will be key to his development.

Robert Moore (96) is a short second baseman like Dustin Pedroia or David Fletcher, but his fielding ability is his only standout tool.  Moore is a clutch hitter and team leader, two very appealing qualities, but he slumped to a .223 this season.  He has one last chance on the biggest stage to improve his stock with some more clutch hits.

The Big 12 tournament champions kept up the momentum with upsets of Florida and Virginia Tech.  Now they head to the World Series with three draft prospects.  Peyton Graham (33) is the rare scrappy shortstop with better power than contact.  He is also a plus runner with a strong arm and can play all over the diamond.  Graham leads the team with 20 home runs and 32 steals.  He looks like a super-utility player in the Ben Zobrist/Enrique Hernandez mold that every team craves.

On the mound, Jake Bennett (89) is a high-floor lefty with a hard fastball that plays off well of his plus changeup.  He leads the Sooners with 120 strikeouts in 104.2 innings and just 22 walks, showing off his good command.  He also throws a slider with limited utility that the right organization can work with.

When looking at lower-ranked catchers, they are almost certainly defensive-first backstops.  Jimmy Crooks (167) fits the bill.  This season, Crooks has worked hard to improve his receiving skills and throwing accuracy, but the power he showed in high school has mostly faded away.  A team might be able to find it again, but the more likely outcome is a third catcher on the 40-man roster.

The last team here is also the last in the field, as Mississippi got a surprising bid over NC St. and Rutgers.  They proved the doubters wrong by sweeping through Coral Gables and then Hattiesburg.  Their one prospect is Hayden Dunhurst (152), who is an even more extreme version of Crooks.  He does just enough on offense to support good fielding and a very strong arm, as evidenced by a 2021 Gold Glove.