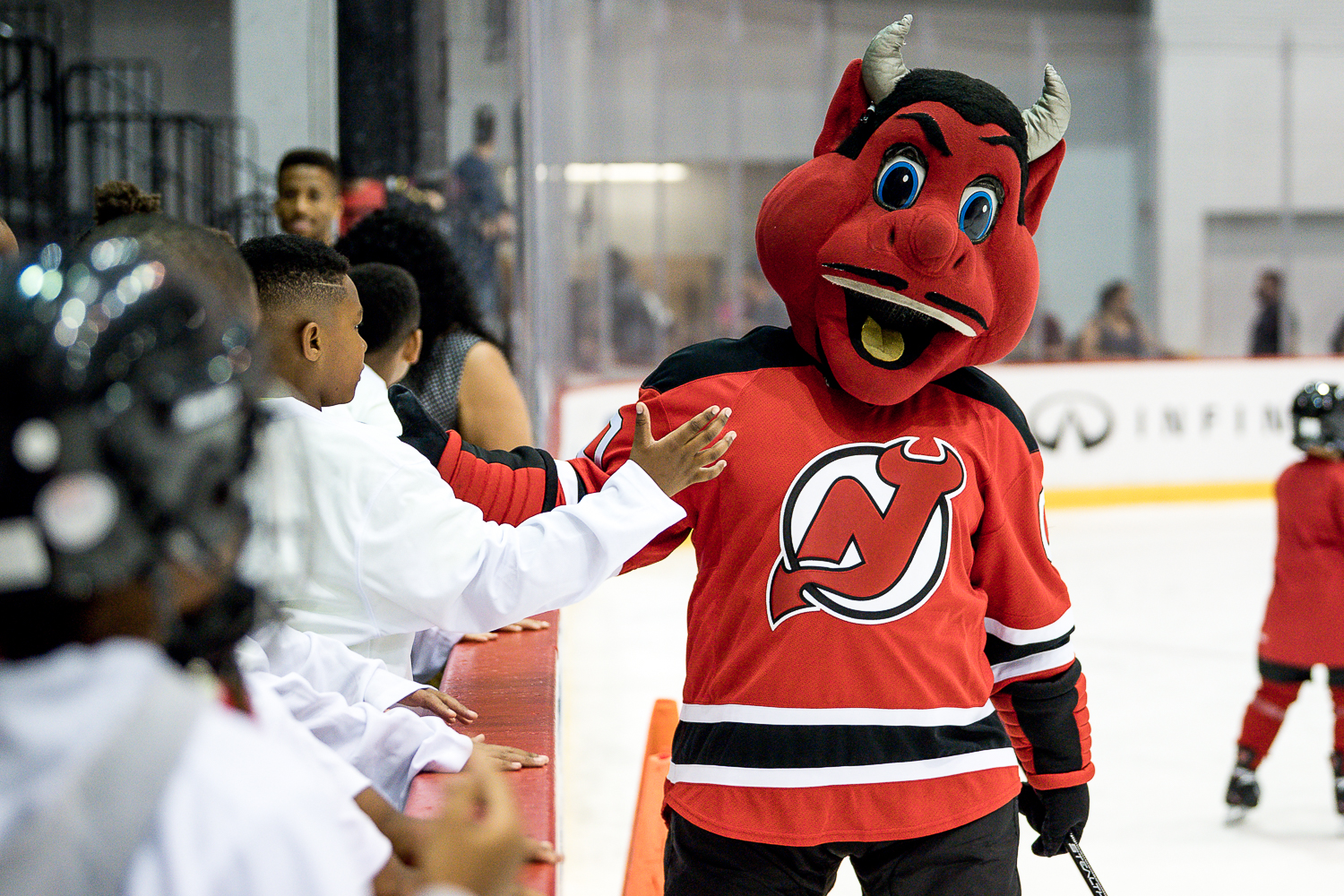 The dog days of summer are upon us. The Stanley cup has been lifted, the next generation of players have been drafted, and most of the big name free agents have found their new homes. 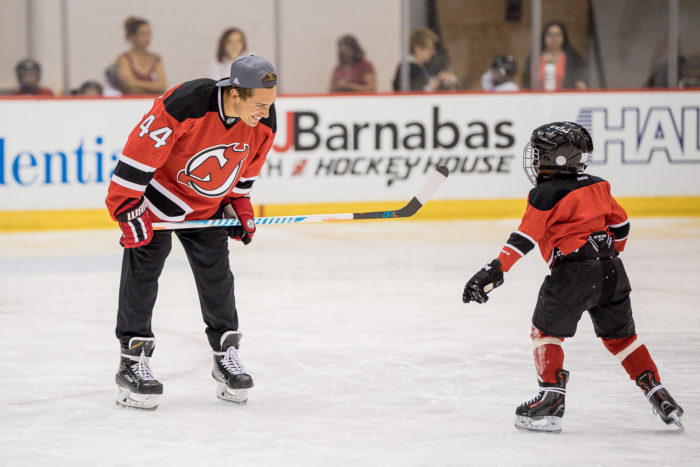 It is in this seemingly endless void of “no hockey” that fans should take a moment to appreciate the other aspects of being a professional athlete, or in this case a professional hockey player.

Around the league many teams are conducting their annual prospect development camps, where teams and fans can get a closer look at the next wave of NHL stars. 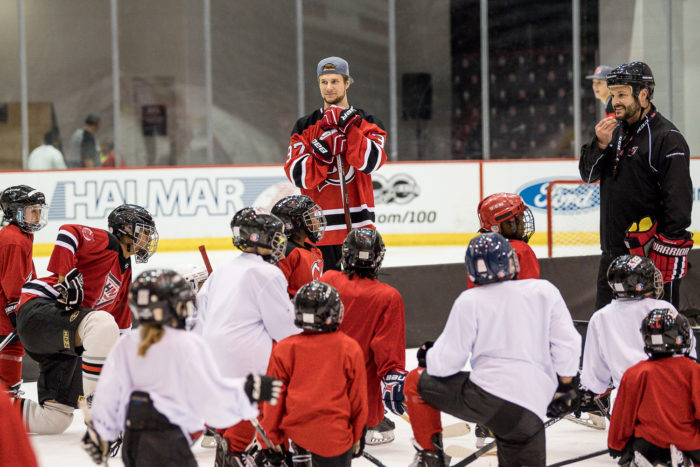 For the New Jersey Devils, this year’s camp has drawn considerable interest from the hockey world as Nico Hischier, the first overall selection in the 2017 entry draft makes his on-ice Devils debut. In addition to Hischier, fans and pundits alike will be tracking the progress of the Devil’s other notable prospects:  Michael McLeod, Blake Speers, John Quenneville, and Devils sophomore players Miles Wood and Pavel Zacha.

But the on-ice product is only half the story.
While the development camp’s primary focus is to improve these players on the ice, it also serves as an opportunity to develop these young men as people.

On Thursday, the Devils and their young players embarked on a community outreach tour, visiting the Newark Public Library, Newark Beth Israel Medical Center, and Goodwill Rescue Mission. In addition, the Devils hosted a “Learn to Play” clinic at their practice facility in the Prudential Center. 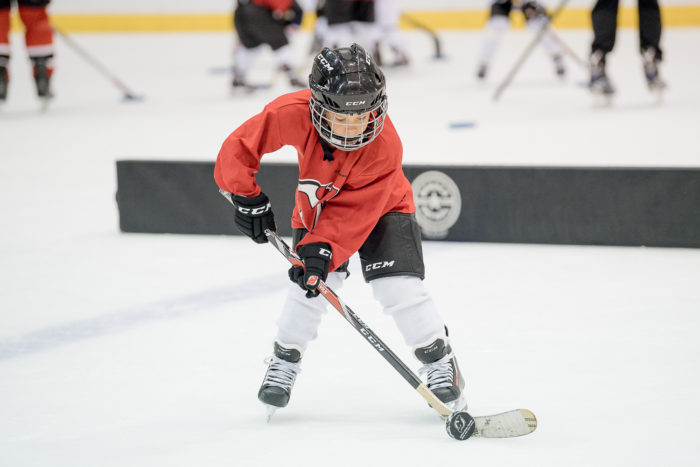 The goal of this program is to improve community relations, and to grow the game of hockey in Newark. But the true value can be seen as you observe the players themselves.

At first there was a touch of awkwardness and shyness from both the players and the children, but that awkwardness quickly melted away into smiles and laughter, as the players whisked the children around the ice, played keep away, exchanged passes, and engaged in mini pickup games. 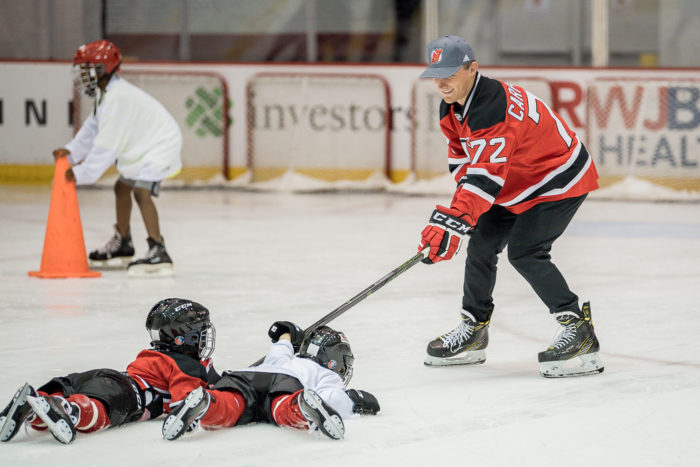 The day seemed to serve as a reminder to the players of where they came from, who they play for, and how important it is for them to be a positive role model. The young men proudly accepted that role and delivered it with class and professionalism, thus accomplishing the true goal of the development camp.

No jobs were won or lost this week, but the 33 young men who participated took a giant step forward in their goals of becoming professional hockey players, and in this day and age where big ego’s, huge contracts, and celebrity status has taken precedence over the game itself, it is refreshing to see a group of young men conduct themselves with such a high level of humility, and appreciation for what the game has given to them.

This is just one of the many reasons why hockey is the best sport on earth, and why hockey players are some of the finest people you will meet.