Ramsey and Fowler Jr. Raise Questions About Limitations Between Players and Media 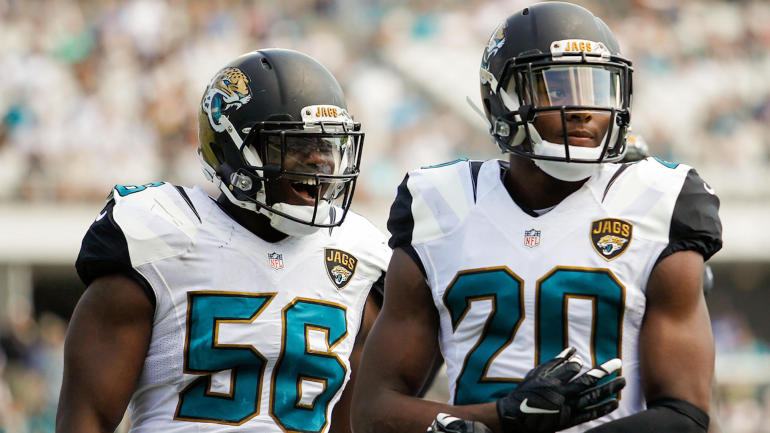 For a team like the Jacksonville Jaguars who are just trying to make their first Super Bowl appearance in franchise history, it’s a bit disheartening that their 2018 campaign has started off like it has, with a one-week suspension of CB Jalen Ramsey and DE Dante Fowler Jr.

If you don’t know, the two were suspended for an after practice altercation that occurred this past Sunday between Fowler and teammate DE Yannick Ngakoue. The two had to be separated a couple of times and throughout this altercation, a reporter by the name of Phillip Heilman who works for the Florida Times-Union, was recording the whole thing.

That’s where Ramsey comes in. As the confrontation was slowly moving in the direction of where the reporters were standing on the sideline, Ramsey noticed Heilman with his phone out recording. He then urged Heilman to stop recording (using profanity). It didn’t stop here however.

Later on Ramsey took to Twitter to threaten the Florida Times-Union reporter saying, “You know you done messed up right? Lol if y’all want war, we got sum for y’all. & I know the rest of y’all (you know who you are) gone read this too so just know #LameAssReporters.”

Fowler and Ngakoue then started arguing again outside the locker room by the way. As a result, the Jaguars handed out suspensions not only to Fowler, but also for Ramsey who had what some would call “Twitter fingers.” In the team’s words the players were suspended “for violating team rules and conduct unbecoming of a Jaguars football player.”

Now the biggest question about this whole thing is whether or not the players are deserving of a suspension. Well the short and simple answer is this. If you’re solely looking at Fowler’s actions, no the suspension is not necessary. From covering NFL practices in the past I know that training camp scuffles happen from time to time. If you’re somebody who is involved in one on a weekly basis, then maybe you need to sit out a game if the message isn’t getting through your skull that you’re in the wrong.

On the other hand, if you look at Ramsey’s actions this is where it gets tricky.

I want to go on the record and say that I genuinely can understand both sides of this argument, which by the way has been underlying for years when it comes to the relationship between professional athletes and the media.

The truth is there’s a big grey area and it seems like the leagues take a case-by-case approach to this age-old problem.

I mean granted it is entertaining when you think of classic athlete and media interactions such as Marshawn Lynch’s famous “you know why I’m here,” or Russell Westbrook’s “y’all &*%%*& tripping.” However, a serious problem lies here.

So back to the Ramsey situation; looking at it from the reporter’s side of this argument one can say “dude you play a sport professionally, get paid millions of dollars a year, and are one of the better players in the league. Why do you care?” That question not only can be asked to Ramsey, but also to many other players who seem to strongly dislike the media.

Theoretically, this is a fair question. You have enough money and “shine” (so to speak) to not care what some media member writes, tweets or says about you. Therefore why do you? There indeed are bigger fish to fry.

On the other hand (looking at it from a player’s perspective) as a player you know that more often than not, in addition to your play on the field, what a reporter says about you is the only way that the general public gets to know you, regardless of what you post on your social media. We all know that nine times out of ten people post only the good in their life and not the bad (unless the bad has a happy ending).

With that being said, whatever candid moments that a reporter captures at training camp or somewhere else off the field can go a long way. This is because, to fans, it’s a raw moment of the player being just themselves. No filter.

So in Ramsey’s case, this very well may be what’s going through his mind. “They’re going to look at me as some kind of animal and I don’t want that image of me getting out there.” That’s a valid concern to have.

Sorry to flip flop, but going back to the reporter’s perspective Heilman would probably rebut that by saying “well you’ve got to demonstrate some self control and be careful then.” That’s also a valid point.

Therefore if that’s all that went down, I would say the suspension was not necessary. But that’s not all that happened. Ramsey did himself in when he took to Twitter.

He blatantly threatened a member of the media, which is not tolerable. Whether or not it was an empty threat doesn’t matter. Technically, coming to work, going home etc. for Heilman could be an intimidating action due to Ramsey’s Twitter rant.

Ramsey obviously has more money. He could do a plethora of things to harm Heilman if he felt as though that was necessary.

Yes, that seems farfetched, but my point is you never know. That’s why you don’t cross that line.

So once again, the scuffle and Ramsey’s choice words in person to the media weren’t ideal obviously, but those two things weren’t deserving of a punishment if you ask me. Once you add the twitter rant to the mix that’s when it’s no longer questionable why the Jaguars had to step in.

Putting this all into perspective it’s only a preseason game that Ramsey and Fowler have to miss, but it ‘s good to get the message across loud and clear before the regular season is underway.

After all the Jaguars were a game away from the Super Bowl last year and they’d like to at the very least get back there this year, so there’s no time for games.