Ranking the Top 7 Matchups for the Washington Wizards 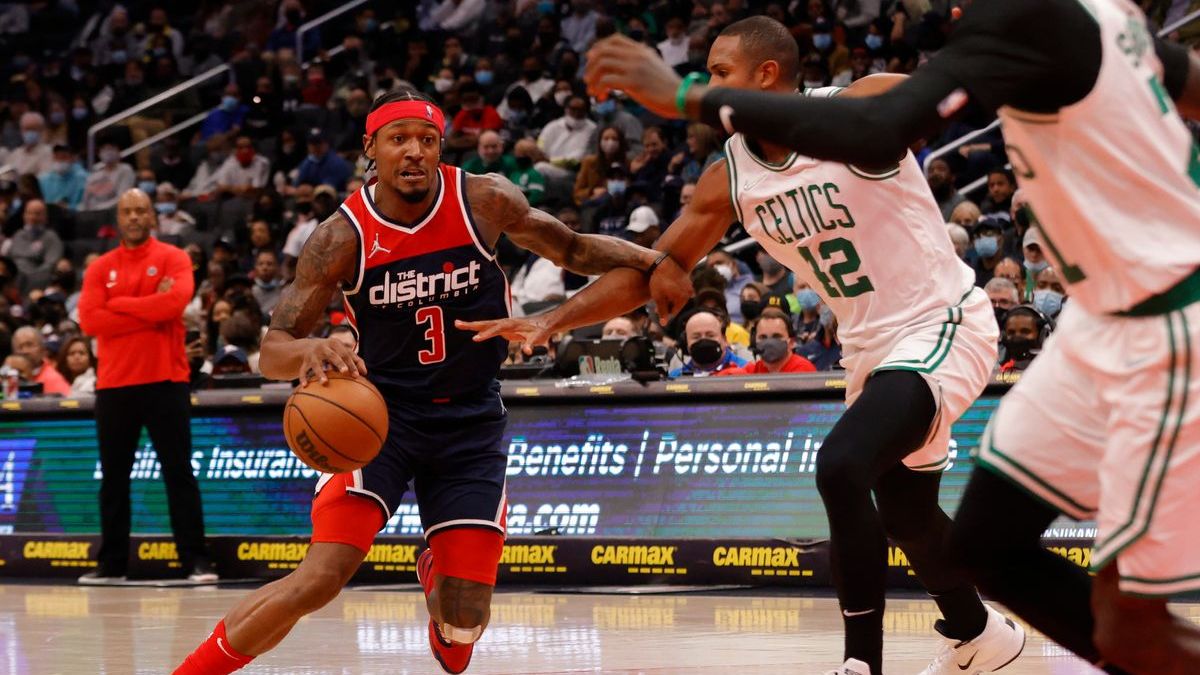 The New York Knicks finally got their big money free agent in Jalen Brunson, although it remains to be seen if he is enough to elevate a mediocre roster to playoff contention. Much like their Eastern Conference rival Wizards, the Knicks aren’t talented enough or young enough to be considered a real threat to elite teams, yet have too many veteran pieces and good players to be categorized as a rebuild. These two teams are seemingly destined for basketball purgatory and will likely be fighting for similar playoff seeding in the East once again. A potentially crucial regular season matchup awaits on April 2nd, when Washington will travel to the Big Apple.

Following a trip to Indiana to kick off the season, the Wizards will head home to take on the Chicago Bulls in the home opener on October 22nd. Home debuts will ensue for key acquisitions Monte Morris and Will Barton, as the Wizards look to take revenge after Chicago won three of the four matchups between the two last season. The Bulls will be without starting point guard Lonzo Ball during the opening stretch of the season, and Washington will look to take advantage and get one over their Eastern Conference counterparts.

A rematch of the first round of the 2021 playoffs, the 76ers and perennial MVP candidate Joel Embiid will head to Washington on Halloween night. Quite the scary proposition for Wizards fans, considering that Embiid averaged a 32 point, 12 rebound double-double in 3 games against Washington last year. Not all hope is lost, however, as the Wizards were able to pull off the improbable, winning the season series 2-1. With both teams having improved their roster in the offseason, this should make for a memorable night on October 31st.

The defending champion Golden State Warriors will be Washington’s very first test when they meet up in Tokyo for the first game of the NBA preseason later this month. They will also be the Wizards’ opponent on a special day in the NBA: Martin Luther King Jr. Day on January 16th. The two split the season series 1-1 last season, with the Wiz relying on Corey Kispert’s career high 25 points to upset the Golden State juggernaut. Former Nuggets Monte Morris and Will Barton will know the Warriors very well, and will be itching to set the record straight against the team that knocked the pair out of the last postseason.

The Houston Rockets are neither a good team or a rival to the Wizards. So why are they on this list? Houston marks the last game of the regular season for the Wiz, and every single game has to matter if they are to reach the play-in spots, let alone the playoffs. In a highly competitive Eastern Conference where the top teams have all strengthened in the offseason, and young squads such as the Detroit Pistons and Orlando Magic seemingly having turned a corner, the Wizards may well have to earn their postseason status by taking care of the Rockets on April 9th.

A date with the defending Eastern Conference champions awaits when the Wizards travel to Boston on October 30th to take on the Celtics. Once a fierce rivalry, Washington’s mediocrity in recent years has somewhat quenched the fire between the two teams. The Wizards fared well against Boston last year, however, splitting four games against one of the top teams in the league. Head Coach Wes Unseld Jr. will surely be wary of the Celtic’s Jayson Tatum, as his 51 point outburst led to an embarrassing 87-116 Washington loss in 2022.

The Clippers and Wizards will meet again on December 10th in the nation’s capital, after two wild encounters last season. The first was one of the most memorable matchups of the 2021-2022 NBA regular season, albeit not for Wizards fans. After squandering a 35 point lead, Washington fought back to push the lead to eight points with 36 seconds left, only to miraculously blow that too and lose the game 116-115. The second matchup wasn’t nearly as close of a heart-wrencher, but it still ended in a 115-109 Clippers victory. Now a much improved squad with the return of Kawhi Leonard amongst other key acquisitions, L.A. will prove an even tougher test for this Wiz team to overcome. It will also mark the return of former #1 pick and multiple time All-Star John Wall. Once an untouchable cornerstone of the Wizards franchise, Wall’s career has been derailed by numerous injuries over the years. In his one and only game in D.C against the Wizards, Wall put up 29 points and 11 assists as a member of the Houston Rockets. Anticipation will be even higher this time around, when he returns as a key figure of a legitimate contender and a team that holds the upper-hand in this matchup.