Ranking the Top 9 Matchups for the Denver Nuggets 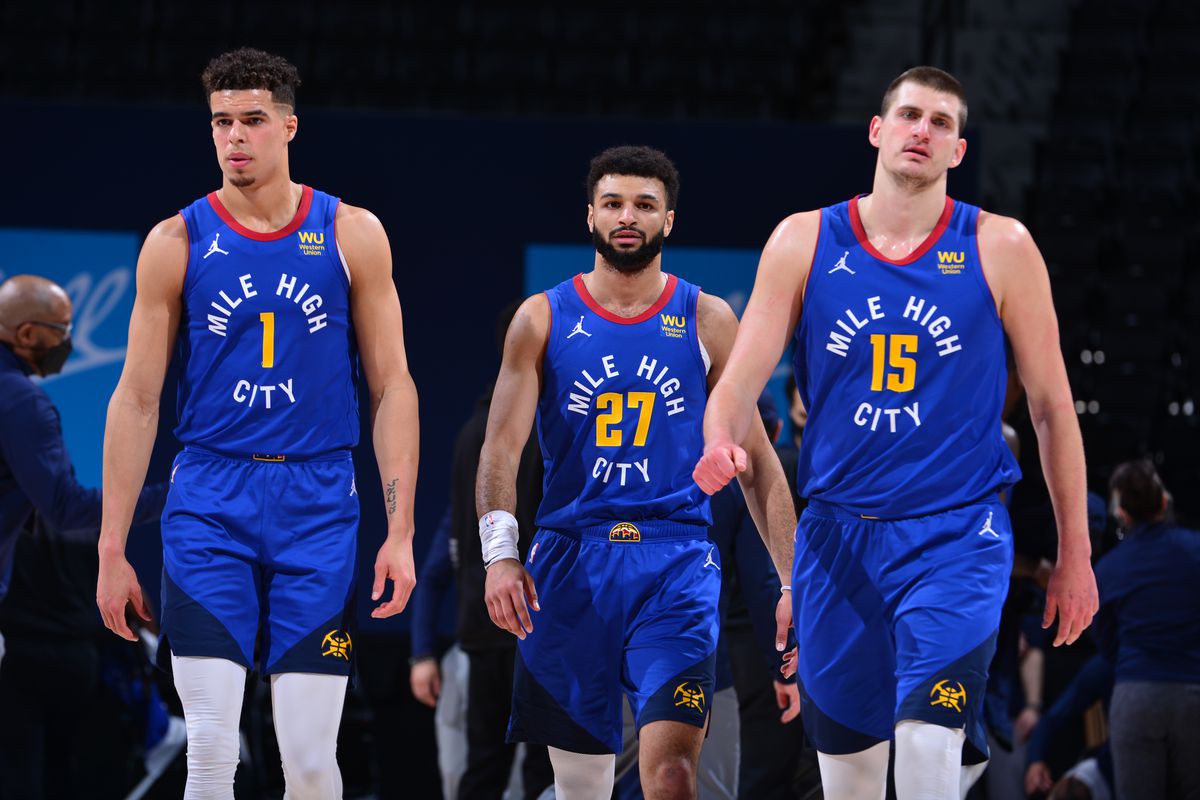 The Portland Trail Blazers will welcome back Damian Lillard, a known performer against the Nuggets. Since Lillard’s heroics (including a 55-point explosion in game 5) weren’t enough to beat Denver back in the 2021 playoffs, Portland decided to reconstruct their roster in 2021-2022. After a busy offseason that saw them add several key pieces such as former Nugget Jerami Grant, Portland should be among the Western Conference elites this time around, reigniting a famed rivalry that has never disappointed before.

The Lakers-Nuggets rivalry is always a sight to behold, and their October 26th meeting in Denver should prove no different. The Lakers have retooled their roster following the crushing disappointment of the prior campaign and will be hoping that both LeBron James and Anthony Davis can avoid injuries to boost their quest for a playoff return. The Nuggets are 6-7 since the LeBron era in LA, with Jokic and Murray averaging 19.8 and 20 points in those contests, respectively.

On the back of a tough trip to San Francisco, Denver will host their home opener at Ball Arena on October 22nd against the Oklahoma City Thunder. Fans attending this game will have plenty to look forward to, with the expected re-introduction of Jamal Murray and Michael Porter Jr. after lengthy injury layoffs for the duo. Back to back MVP Nikola Jokic might also be officially presented with the award in front of his home crowd, since the award was announced following the Nuggets’ exit from the playoffs last season. Although they will be viewed as heavy underdogs(especially following Chet Holmgren’s season ending injury), the Thunder beat the Nuggets twice, and lost two tight contests to them last season. Shai Gilgeous-Alexander will once again be the player to watch out for OKC, but the Nuggets must be wary of sophomore guard Josh Giddey to avoid an early season upset.

December 14th at Ball Arena signifies an emotional night for the Nuggets faithful as long-tenured guards and fan favorites Monte Morris and Will Barton will return to Denver, this time as Washington Wizards. The Nuggets’ prize acquisition of guard Kentavious Caldwell Pope meant that they had to part ways with Barton and Morris, a tough pill to swallow, but ultimately one Nuggets fans were prepared to accept. Expect a raucous reception from the crowd when Morris and Barton are announced, and perhaps even a tribute video from the Nuggets.

The Los Angeles Clippers are the odds on favorite to win the West this year, and for good reason. Kawhi Leonard has fully recovered from his ACL injury suffered against Utah in the 2021 playoffs, Paul George seems to have gotten over the injuries that plagued him all last year, and they added former All-Star point guard John Wall. While it remains to be seen whether Wall will fit with this year’s iteration of the Clippers, they have an abundance of talent and will undoubtedly be one of the premier teams in the NBA this year. A tough test awaits the Nuggets in LA on November 25th, as both teams will face off at full strength for the first time since April of 2021, a 110-104 victory for Denver.

A couple days after their season opener in Salt Lake City against the Jazz, the Denver Nuggets will return to the Chase Center in San Francisco to take on the Golden State Warriors. This game will likely mark franchise guard Jamal Murray’s return to the same arena where he tragically tore his ACL 18 months prior, sidelining the Nuggets’ quest for a championship. Golden State took care of Denver last April, brushing them aside in a dominant 4-1 series win, before going on to win the NBA championship against the Boston Celtics. Tests don’t come much harder than the Warriors, and the Nuggets will have to prove that they’re not a team to be taken lightly in this nationally televised matchup on October 21.

Following public outrage when Nikola Jokic became the first MVP to not feature in a Christmas day game since 2008, the NBA has now corrected their mistake as the Nuggets will take on the rival Phoenix Suns in Denver. There is bad blood between these two teams, including a heated Phoenix sweep in the second round of the 2021 playoffs that resulted in a Nikola Jokic ejection after a hard foul on Phoenix guard Cameron Payne. This time, however, Denver will have star guard Jamal Murray healthy to balance the odds, as he boasts a 15-3 career record against the Suns. Add in the redemption tour that Phoenix will have to embark on after last year’s absolute embarrassment at the hands of the Dallas Mavericks, and this matchup should be one for the ages.

2021-2022 saw a historic MVP race conclude with Nikola Jokic winning his second straight MVP, beating out Giannis Antetokounmpo and Joel Embiid. Embiid has never been shy of letting people know that he covets the award, and most importantly, that he deserves it. National news outlets such as ESPN and Fox Sports made it clear they sided with the 76ers star big man over Jokic and were left perplexed when it was instead Jokic who received the trophy. Year 2 of the James Harden experience in Philadelphia should see a more fluid connection between him and Embiid, invariably making the 76ers an instant title contender. Expectations were high for their most recent meeting last March (which resulted in a 114-110 Nuggets victory),and they’ll be even higher on January 28th, as the game is scheduled to be featured during the NBA’s newly minted Rivals Week.

Front offices sparking rivalries in professional sports are a rarity, yet that is exactly what has happened between the Nuggets and their Northwest division companions, the Minnesota Timberwolves. After being hailed as the man responsible for drafting Nikola Jokic, Jamal Murray, and Michael Porter Jr., Denver’s President of Basketball Operations Tim Connelly jumped ship and headed to Minnesota in a move that left Nuggets fans bewildered. Connelly wasted no time reshaping the Timberwolves’ roster, acquiring three time Defensive Player of the Year Rudy Gobert in the blockbuster deal of the summer. Minnesota also signed not one, not two, but three Nuggets guards: Austin Rivers, Bryn Forbes, and P.J. Dozier. Although pre-game reunions will remain amicable, each side will be vying to get one over their former colleagues when these two sides meet up on January 2nd in Minnesota.